I recently bought an HP Omen 15 15-EN0013DX on sale at Best Buy in early January 2021 and have loved most of it so far. My main issue with this laptop is that the fans turn on at very high speeds under very light workloads. For example, I can be browsing on Firefox with 1 tab open and the fans will turn on so fast that I think the laptop is going to lift from my desk. I typically keep Task Manager open now and sort by CPU usage to see what is causing the fan spikes. Normally, nothing is there that would reasonably cause the spike and the CPU usage is very low, at around 1% to 10%. When there has been a process with reasonable processor demand, it's typically been a scheduled Windows 10 task, such as the settings sync process. I've disabled scheduled tasks like these to free up processor congestion. I've also checked the temperature at times like these, and have found it be acceptable for passive cooling, at about 120-130 degrees Fahrenheit.

In addition, I see that when the fan(s) are on the lower speeds, it looks like the left fan (under WASD) is the only one running. When the fans kick into high gear, then both kick in. I find the left fan to have an annoying tinnitus-like sound to it, and the right one sounds more like a subtle "whooshing" sounds, which is far preferable to the left fan.

So, what gives? I like this laptop, but I would expect that when I'm set to "Comfort" mode in the Omen Command Center, have my Windows 10 Power Plan set to Passive Cooling, and setting the BIOS option to "Fans normally off" that I would have a comfortable experience when doing simple tasks. It seems like a firmware mistake, and possibly a poor-quality left fan because of the tinnitus-like sounds. These fans honestly make me want to not use it because the fans are unbelievably annoying.

Thanks in advance for any help.

An additional example is that the fans will turn on very high speed for a few seconds, and then return to a normal tinnitus-like idle speed. The irritating part of this is I'm asking the question, "What was the point?" Why not just select a speed that will reduce the temperature over time with the current workload? Rather than blasting it for a few seconds, and then going to an idle speed? It's confusing. I've never had a laptop be this sporadic.

i have the same problem... but i feel that Comfort Mode is the one to blame.... Comfort Mode is set to cooling the laptop as fast as it can when temp reach around 60C...

And AMD R7 4800H CPU seems like too aggressive about clock speed... Sometimes it's clocking up to 3.9Ghz even if i just run 1 browser tab... So, it makes the CPU heat up quickly for a short of time and can reach up to 60C or more... That's why the fans kicking in very aggressive with Comfort Mode...

For me, i just turning off AMD boost... So my laptop still around 37C on idle, and under 60C when opening many browser tabs or program...

If it cools the laptop as fast as it can, then that's not a "Comfort" mode. Comfort mode would be keeping the CPU/GPU temps as low as possible using passive cooling, with minimal fans. This should be achievable through throttling the CPU, which I prefer in these moments (even a throttled Ryzen 7 4800H is not slow).

I saw that HP had released official undervolting for Intel processors, and that the Ryzen chipsets are supposed to receive this support. See https://www.youtube.com/watch?v=dNmnnBVS7Qg, and a comment asking about Ryzen processors, which HP responded to saying, "Yes, there will be. Stay tuned." This has been reported to reduce temps by about 20 C.

I don't think the solution here should be to manually turn off AMD boost. If that's the case, then what's the point of having a "Comfort" mode. I really do think the problem is the software, given the sporadic behavior of the fans. For example, what does turning the fans on nearly-maximum speeds for a few seconds (say, 3 seconds) do for cooling the system? Wouldn't it have been better to turn the fans on a lower speed for a longer amount of time?

Finally, what's the deal with the whistling/tinnitus-like sound coming from at least one of the fans? I've seen other posts where people have had a similar complaint, and they've replaced the fan(s) to see the problem fixed. Is there any truth to these claims? 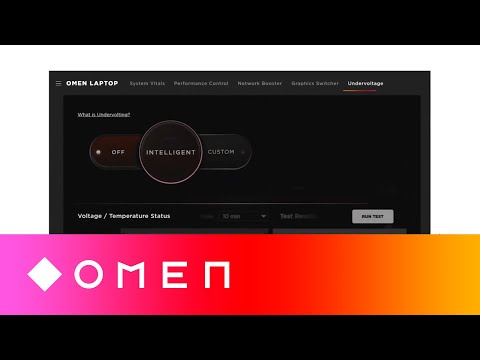 This person had the same problem. HP seems to have provided a replacement and the problem is gone. 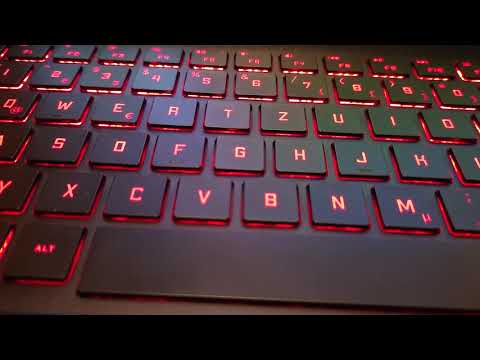 Update: I have started to hear a new sound tonight, and it makes me think that I I have a faulty left fan (under WASD). The fan makes a sound as if it's trying to push past something. It's a rhythmic sound as the fan spins. It sounds high pitched/loud for a half second, and normal for a half second, and repeats this pattern. It's not a steady sound that you would expect a fan to have. I've never had a laptop fan do this, and it's very annoying. I would suspect that the current may be varying from the fan controller,  but it seems more likely that the fan assembly is somehow faulty. Is HP willing to help me with this problem, or do I need to try a replacement fan?