No matter what I do, I can't seem to get the HP Remote Graphics Receiver to span properly across both monitors.  It fits fine lengthwise, but it's everything is zoomed in too much, forcing me to scroll up/down whenever I want to get to the bottom of the screen.  I've attached an example.   This happened with two older monitors, but I upgraded to two 4k monitors, thinking that should sove it, but it did not.

I've also tried tweaking each monitor's display settings, and that didn't work either.

Using the green "plus" button to maximize the window only maximizes it on one montior. 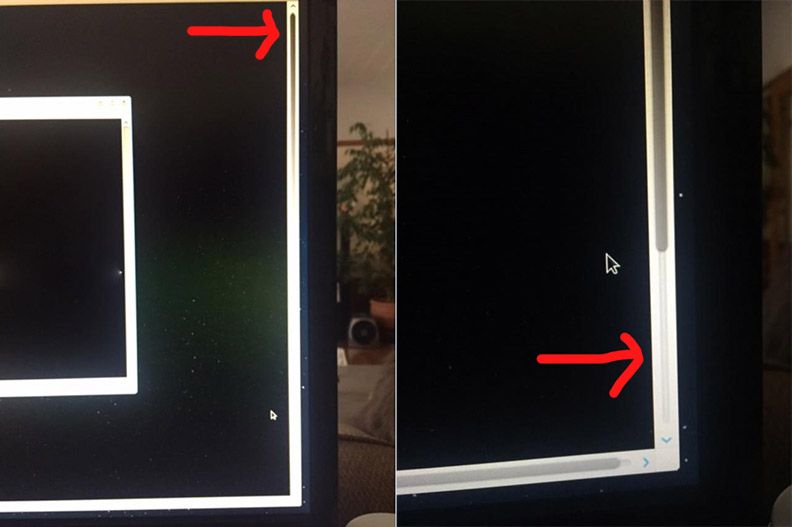 Maybe this is fixed in Mojave?  I've talked to other Mac users that have never had any luck spanning across two monitors.

Unfortunately we don't have the best user experience with the Mac and dual monitor.  This has been brought up before as you mentioned by Mac users.  Will see if we are looking into making a change in RGS for the Mac Receiver.  This is from our latest User Guide:  NOTE:     On Mac OS, if the OS setting Displays have separate Spaces is not selected, an RGS Receiver window
can span multiple sender monitors. If the RGS Receiver has multiple monitors, one monitor displays full-screen mode and the other monitors display nothing.  I will forward this issue again to help get it on the radar.  Is the sender you are connecting to headless or does it have monitors?  If it has monitors, how many and what resolution are you trying to match?  Are you using RGS 7.4 on your sender as well?  What OS does your sender have (build and version)?

Thanks for the quick response Kelly!

To answer your questions:

3)  The sender is also on Linux, not sure if that matters.  Not sure what version, but I can find out if it's prudent.

Does any of that information help?

Do you think there's a way to fix my issue?

Has there been any movement for HP Remote to work better on a Mac?  I still have the same issue and it kinda sucks.  It really doesn't make my company and I want to pay for and use your product...

Hello, no there has not been any changes to the Mac receiver yet on how it works with dual monitors.  The one thing you could try is changing the resolution on your Mac.  So if my MacBook Pro has a retina display of 2560x1600, only half of that comes across when connecting with RGS (1280x800).  So if you can match that resolution on your sender you might be able to then stretch the display across and not have scroll bars.  I will give it a try on my Mac and connect to a dual monitor sender.  Update you again shortly.  I will pass along the request for better behavior with the Mac receiver and multi-monitor.

Thank you for the reply.  Yes, I tried this and while it affected what was on the screen of my macbook pro, it didn't have any affect on the mirroring.  Everything on my dual monitors stayed the same size.  What did you find?  Would really love a solution.  It's really difficult using your product and we're about to look for a different company to go with.

My apologies for not responding sooner.  Let me take a look at this today and report back tomorrow on my findings and see if I can get you a workaround.  Promise to update tomorrow!

Hello, had a little issue with my MacBook today, so having to reimage.  Should have everything ready to go in the morning.  Will report back on my findings tomorrow.  Hoping I can find a way to make this work for you.