On Friday I recieved a new HP ENVY x360 15-cp000na. I unboxed it and turned it on, and instantly got a message saying there is no boot device. So I went into the BIOS setup and picked the SSD myself and then it worked fine. I rebooted a number of times to check if it worked, and it booted fine about 90% of the time. I removed Windows and installed Linux onto the SSD and have not installed anything onto the HDD. I am booting it in legacy mode with secure boot disabled. The Linux installation uses MBR, while the Windows one had an EFI partition; but still, it didn't work properly with Windows installed either. The laptop boots into Linux fine if I go into the BIOS boot setup and select the SSD as the "Notebook Hard Drive" in the legacy boot order; doing this it works 100% of the time, but is quite tedious as you can probably imagine.

Currently, if I just press the power button and leave it, I get a black screen with white text displaying:

It says like this until I power it off and - as I said - select the SSD in the boot order of the BIOS setup (F10).

If I instead press F9 and enter the boot menu instead of the BIOS setup (F10), the SSD occasionally appears, but not always.

This leads me to think that the issue is the SSD not being detected properly; maybe it is not correctly seated. Alternatively, the BIOS doesn't like the fact it is booting to an MBR partition rather than an EFI one, despite the fact Legacy Mode is enabled. Or maybe because it tries to boot to the HDD instead of the SSD, and fails since it has no boot sector.

Can I try and reseat the SSD myself without voiding my warranty? Should I just RMA the device? Or is it something else?

Thanks for any help. 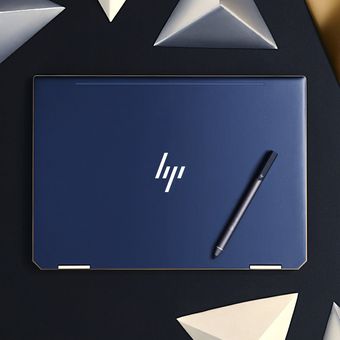 I can't imagine doing that everytime upon startup...

There could be a loose connection therefore reseating may help. Upgrading RAM and SSD is accepted therefore opening up the laptop should not void warranty although I don't know if this makes a difference to return/exchange periods.

This package provides an update to the System BIOS. The update installs on supported notebook models using a supported Microsoft Windows Operating System. It is necessary to restart the system to complete the installation.

- Fixes an issue where the system does not power on properly.
Otherwise, I would personally just return it.
Best regards,
Eddy
I am currently taking an indefinite break.
1 Kudo
Tags (2)
View All (2)
Highlighted

The BIOS indicated by previous user is only for Microsoft Windows Operating System ... https://ftp.hp.com/pub/softpaq/sp91001-91500/sp91336.html

If your notebook have ... https://store.hp.com/UKStore/Merch/Product.aspx?id=4RE08EA&opt=ABU&sel=NTB

Updating the BIOS from F.14 to F.17 seems to have fixed the issue.