I have a newly-purchased, factory-refurbished HP Envy 17” (17-ce0008ca) with a 1 TB HDD and a 128 GB SSD and Windows 10 installed.  I also purchased a separate Crucial 1TB NVMe M.2 SSD to upgrade the 128 GB SSD included in the laptop, and an SSK SSD enclosure.  The new Crucial SSD included free usage of Acronis to clone the drive.  I have spent weeks trying to get the computer to clone and boot, but I always run into some version of a “no bootable device found” error when booting to the newly-cloned 1 TB SSD.

The “old” SSD boots just fine, so it doesn’t seem to be a problem with the OS installation.  The old SSD has nothing on it except the OS, Edge, and Acronis.

I have tried cloning via Acronis using the desktop/Start menu icon within Windows (multiple times, using different Acronis settings), creating Acronis bootable media on a USB drive and cloning via the bootable media, messing with the boot settings (enabling/disabling Legacy Boot vs. UEFI Boot, enabling / disabling Secure Boot, etc.) trying to clone the SSDs with their positions switched (new one installed in laptop, old one in the USB enclosure), etc.  At one point early on it did seem that drivers needed to update, so I went ahead and did that.  Currently everything seems to be up-to-date according to Disk Manager.

I’ve done system tests and symptom tests at start-up, and they have all passed with no issues.

I don’t believe I have Optane memory.

I haven’t touched the registry (I’m not particularly computer savvy, and I know messing with it can have serious ramifications).

Each time I run the cloning software, it appears to complete the clone successfully, but the computer has never been able to boot up the cloned drive.  When I try to boot it up, I first see a quick flash (a second or less) of the screen in Image 1 (forgive the creepy person reflection in the photos!).  The screen then goes black for a few seconds, then I see Image 2 (with a spinning icon under the hp logo) for 20-30 seconds before it blue-screens to Image 3.  It reboots to another flash of Image 1 (a second or less), goes black for a few seconds, then ends up on Image 4 (which does not have the “ESC to pause start-up” or the moving circular logo of Image 1 / Image 2).  It stays on this static hp logo screen indefinitely until I turn the laptop off with the power button.

I would appreciate any guidance or recommendations to convince my computer to boot correctly with the newly-cloned SSD drive.  Thank you in advance! 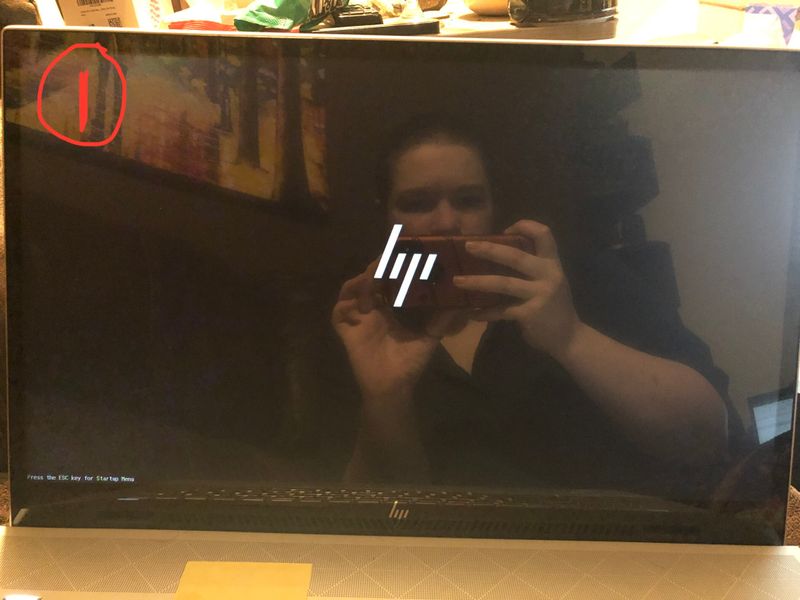 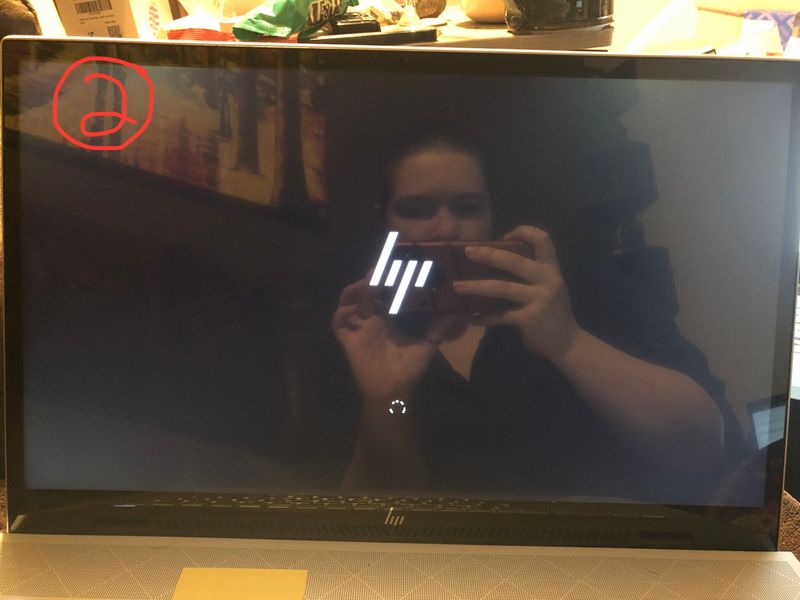 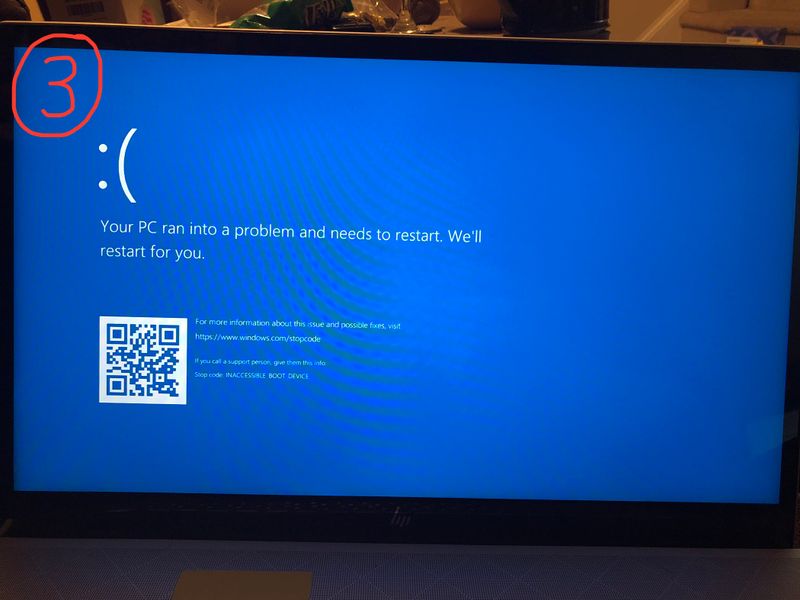 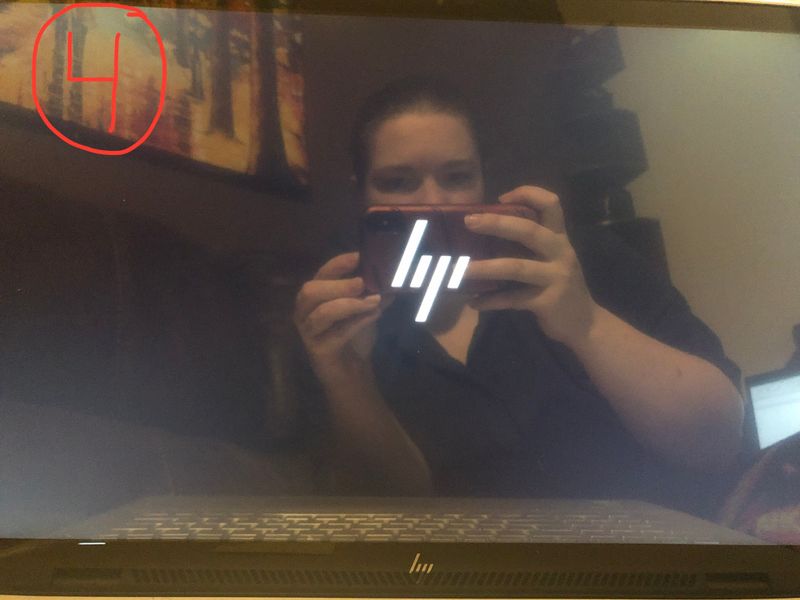 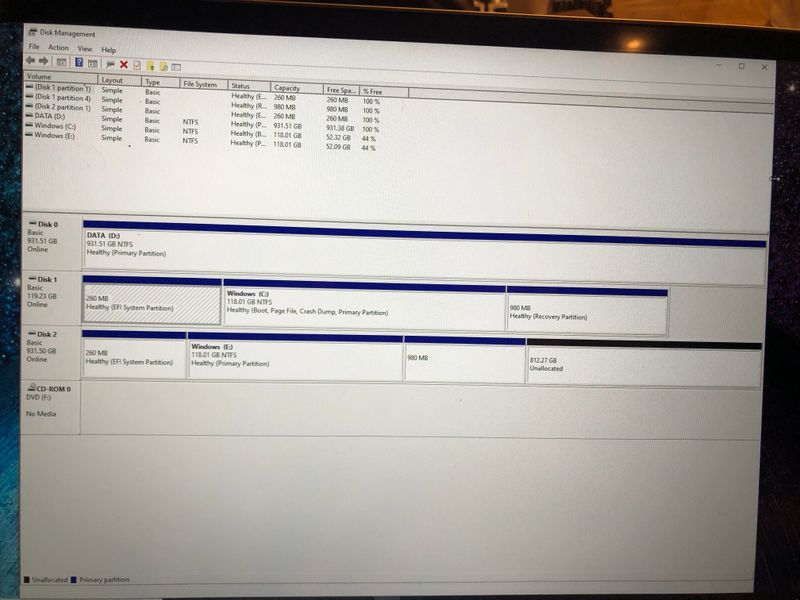 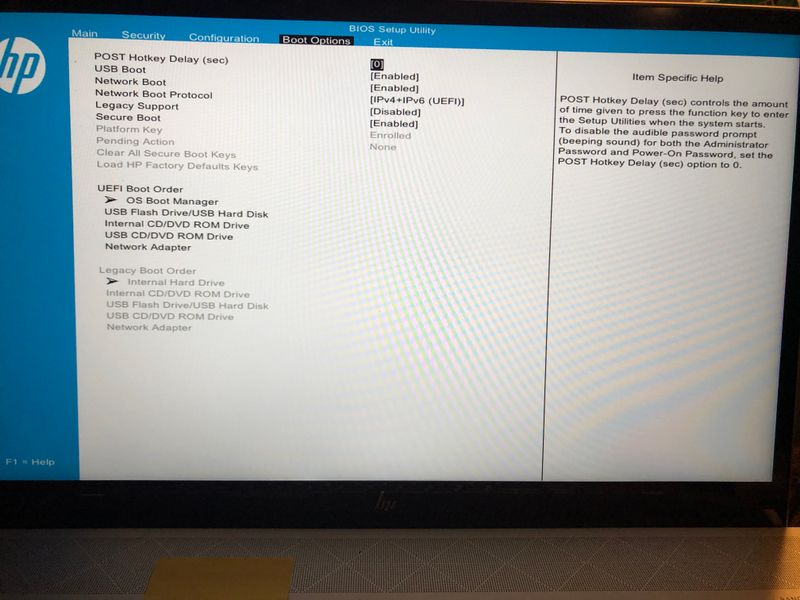 Since it doesn't appear that you have anything on the 128 GB SSD other than the factory image, why not just use the HP cloud recovery tool to create a bootable USB recovery drive that will reinstall W10, the drivers and the software that originally came with the notebook on your new 1 TB SSD.

Since your notebook has a dual drive configuration, I recommend that you temporarily disconnect the 1 TB hard drive, or the cloud recovery tool may install W10 on the 2.5" drive instead of the M.2 SSD.

Once you have confirmed the OS has installed and works fine on the M.2 SSD, then you can hook the hard drive back up and use it for storage.