turn on suggested results
Auto-suggest helps you quickly narrow down your search results by suggesting possible matches as you type.
Showing results for
Search instead for
Did you mean:
Options
bigchuy
Level 1
5 4 1 0
Message 1 of 9
388
Flag Post

I purchased a replacement battery from Amazon.  I replaced the battery but, after powering the notebook up, all I get is a black/blank screen.  The power button is lit and the AC plug appears to be working because it lights the charging light on the side of the notebook.

After trying unsuccessfully to get the notebook to power up, I re-installed the previous battery and the system booted as expected (it did warn about CMOS something or other but then booted fine.)

Any ideas?  Is there something in the BIOS that might need to be tweaked?

It will run fine with AC power only.  Once I plug the battery into the laptop, the next time I try to boot I just get a blank screen.

I have fully charged and discharged the battery without any issues.  In fact the HP support app on the laptop says that the battery is functioning properly.

I have updated all the drivers and BIOS but that has had no affect either.

I am open to suggestions...

So, I got the battery company to send me another battery on the hopes that the previous one was faulty.  The new battery has the same exact problem.

I have tried everything I can think of:

1. Connect to external monitor on hopes that it was a display driver problem.

2. Installed and tried the last 4 versions of the BIOS on the hopes that it was a BIOS issue.

4. Updated most if not all of the device drivers that the HP support site provides

5. Charged the battery to full and then allow to discharge fully then reboot.

7. Removed harddrive to see if the system would see that there was no OS, which it did but only when AC power(only) was attached.

9. This guy has the same exact laptop model and it worked for him: https://youtu.be/lqDIIZzH5gk

Re-installing the original battery and everything works as expected.

Any help or suggestions would be greatly appreciated. 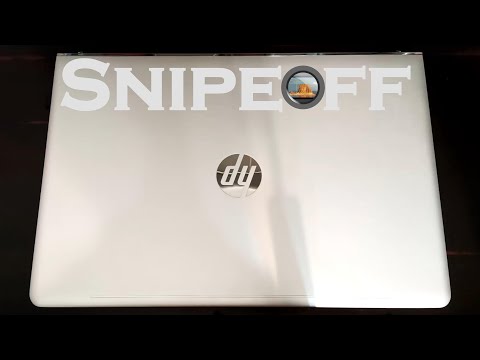 HP Envy Battery Replacement, Save Your Laptop From A Bulging Battery
youtu.be/lqDIIZzH5gk
THANKS FOR WATCHING! Please drop a Like, Comment, and Subscribe. Check Out My Channel https://www.youtube.com/channel/UCIYPqBDfYPqXMN9bFvlBGIA/featured This is just a quick laptop battery replacement video, I replaced my battery because it had started to bulge and was starting to warp the laptop ...
Reply
0 Kudos
bobanero
New member
2 2 0 0
Message 5 of 9
193
Flag Post

I am experiencing identical symptoms to you when I replace the battery on my Envy 17-u273cl.  I have tried the replacement with two different batteries from the same vendor and had the same results both times.

This is a serious problem for me.  The original battery is dead and bloated.  It will not hold a charge.

When and if I ever get this resolved, I will post the solution to this thread.

I am working with the Battery company to resolve so I do have some hope.  HP has been completely silent and useless.

I am experiencing exactly the same issue. Can you please let us know if you figure out how to solve that black screen. I am thinking about trying to get a different battery from different vendor, but it looks like that some people tried that unsuccessfully...

I received a new battery from https://www.laptopbatteryexpress.com today and it worked perfectly.  I still do not know exactly why the other batteries from the Amazon retailer did not work.  They reported the same current and voltage.

I ended up using that retailer because they seemed reputable and were advertising that the battery would be a genuine HP replacement battery.  I almost went with the HP Certified retailer but they wanted way too much.

I ordered the following battery:

The battery cost me just over $100 but it is worth it based on the wasted hours trying to get the other batteries to work.

I did the same and it worked for me too.  Thanks for posting the solution