I'm stuck with a useless computer at the moment. When i came to work 2 weeks ago and booted my HP Elitebook 850 it took me to the Power-on authentication screen 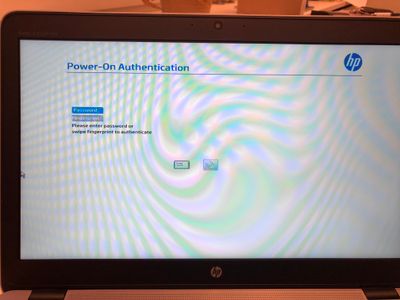 Its prompting for a password or fingerprints. None of them are working.

The thing is I never setup this password and I have no idea why its prompting me for it.

This happened to me once before on this very same computer. I then contacted HP Support and they came to pick it up and fixed it (I think by changing the motherboard), free of charge. Which made the computer work again.

But now, not more than 3 months later, im stuck at the same issue again, and once again, I have NOT SET THIS UP.

To make things worse, this time HP Support refuses to fix the problem free of charge, this time they want me to pay for it. Which I guess I will be forced to do to get it to work, the alternative is to buy a new one, which is ofcourse more expensive. But even if they do fix it, it feels like the issue will present itself again shortly.

Any ideas? What can I do to ensure that this does not happen again, given that I get it fixed by HP Support by paying them 400$...