The laptop is fast and runs good.no temparature issues.

My issue is that every now and then the computer will completely freeze and present a white, or black screen.

after a minute or so it forces itself on reboot . some other times it will just freeze the screen for like 30 seconds with me unable to move the mouse or do anything, after that 30 sec it goes back to normal and everything works again. if it happens to play music while the computer freezes, the music freezes aswell and makes that weird repetitive music freezing sound .

recently i also came across a blue screen of death again out of nowhere stating that stop code:

over the last months ive tried:

- Running FurMark to stress test the graphics. (everything went fine no issues,lag,errors)

- Running AIDA64 cpu stress test for one hour. ( everything was fine,no error, no overheating)

- MemTest software to check on the ram. (lasted 4 hours found no issues)

the last step helped and the computers freezes like once in 5 days instead of more frequent that it used to be. but with this drivers its the first time i got the BSOD that i already exmplained about.

its worth mentioning the i have disabled the HID-compilant pen device from the device manager because out of nowhere it was moving my cursor at the uper-right corner of the screen thinking for some reason that the stylus was there and was cliking. so i decided to disable it, since i do not use the stylus. the touch screen however works 100% fine. here is a video i have taken with the compliant pen issue . https://www.youtube.com/watch?v=h9BEJjkaBNk

bellow is the bosd error that i earlier talked about. 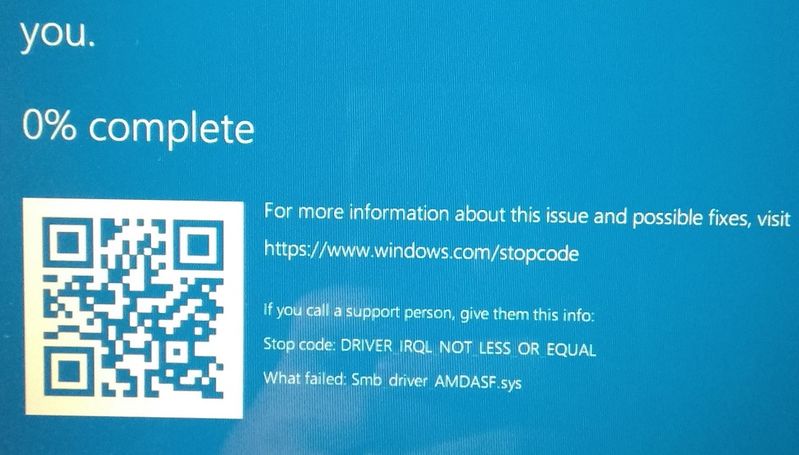 It suggests a memory issue.

I would consider using MemTest86   for a stress test.

Otherwise I suggest a dodgy driver.

Related to the Synaptics SMBus Driver .

thanks for your reply,  as i already mentioned, i did run a 4 hour memtest that i did boot from a usb drive and it found no issues whatsoever.

the other thing that you mention about the synaptic driver can you be a bit more specific?

IRQ's are shared and are Interrupt ReQuests for CPU time, so if 2 drivers/Apps both request at the same time, well do they share or do they fight?

You could check your version here.......

But I am really guessing.