The HP Stream, Windows 10 was preinstalled by Microsoft and had worked correctly. Running the W indows 10 update assistant it fails to install any updates. When starting the assistant it reports that “Windows 10 will work on this PC”. Then reports that version 1803 is installed, and that the latest version is 1903. Clicking “Update Now” it reports that there is insufficient disk space. After checking it was found that the C drive had only 4.6 Gb of free space. After inserting a blank 256 Gb SD card, the assistant reported again insuficient space, prsumably on the L drive. While checking the L drive card in the file explorer an oddity appears. Under “This PC” the L drive appears twice (identical as far as I can tell). Both appear at the end of the list situated just ahead of “Network”. Is the duplicate drives causing the assistant to malfunction. If so how do I fix this.

Sorry to reports your posting of the 10th was found to be unavailable on the HP Stream. In you oost you wrote 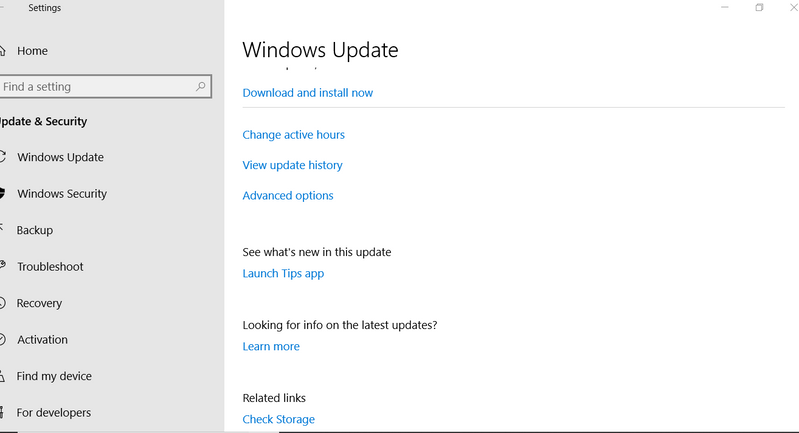 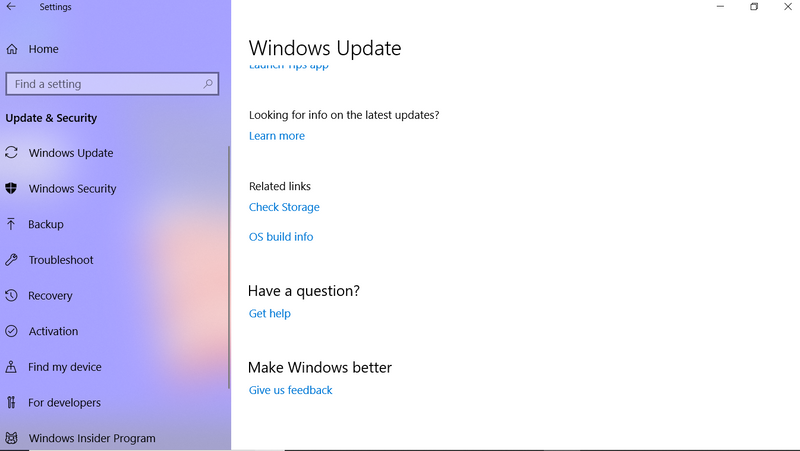 After addition online research I stumbled across a posting concerning the missing “Check For Updates "Following Echo Lakes response, “Firstly, perform Windows Update "as suggested “To check for updates now, select the Start button, and then go to Settings > Update & security > Windows Update, and select Check for updates.” it was found that the “Check for updates” did not appear in the “Update & security” app. The posting on a third party forum shown was known and could be corrected by “running the windows update troubleshooter. This troubleshooter itself, did not appear as option in the windows update menu. After a search I found that the Windows Update in question was actually located in the Update & Security menu as Troubleshooter. In that menu was found the actual Windows Troubleshooter. This troubleshooter then detected three problems to be corrected needed to get updates for the repair, and that they could not be downloaded. It also reported that the solution to that, was to install a new version of windows 10. About 15 minutes and 5 seconds into the installation it seemed to have frozen. Guessing, I rebooted the PC with the hope that windows had installed the version inspite of the frozen time remaining clock. Since it gave no announcement that contradicted the 15 min time remaining and to reboot the PC, I restarted the PC manually. A check of the Windows update system finally showed the “Check for updates” selection.

Moving on to the second suggestion “Firstly, perform XXXXXXX XXXXXX Update and HP Support Assistant. Thus I downloaded the “HP Support Assistant.” This too gave no indication of successful installation and the PC had to be manually restarted. After the restart, the PC reported that Windows Defender was preventing the “HP Support Assistant” to be opened. It determined that this app could harm the Windows system and should not be used.
At this point, after all the effort to get to this point, there apparently no safe way to use an external drive to facilitate the installation of any updates on a PC with an updated version of W10. Additionally, I have to wonder if the new version also prevents creating a recovery drive, like it predecessor.