Hello! Does someone know how to get HP support assistant version 9? I tried to reinstall the software, but I get old version of it.

You could download the HP Support Assistant from here https://www.hp.com/us-en/campaigns/hpsupportassistant/hpsupport.html?jumpid=va_r602_us/en/any/psg/pl... 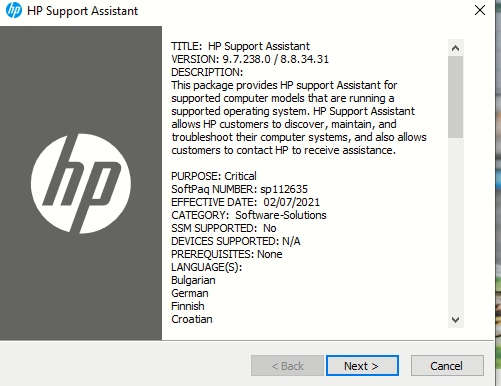 I have the same issue. I even totally deleted version 8, downloaded version 9 and installed it . It said it was successful. I launched it and what did I have...version 8. Thanks for wasting my time.

EDIT: it still shows an alert that a new version is available...but now when you click on it, it doesn't even try to update...it says I have the latest version. Contradicts itself.