I have recently purchased a Samsung 980 SSD and have installed it on my laptop and am using it along with the 2 TB HDD that came with the laptop. I had cloned the windows installation from HDD to SSD and had made it bootable. I then reset the windows after going to Update -> Recovery -> Reset this PC to start things fresh.

However, I have been noticing that the speed of the SSD is nowhere near what was advertised and also have been facing few BSOD dpc_watchdog_violation issues since I installed the SSD. After checking online, I found that installing the Samsung NVM Express driver instead of the generic Microsoft one could improve the speed and resolve stability issues.

However, I have been getting the following error when trying to install the driver: "Samsung NVM Express Device is not connected. Connect the Device and try again". Again, on checking online, the suggestion was to change the SATA interface in BIOS to AHCI from IDE or RAID. However, I did not find any option to change the SATA interface in the BIOS. A search online revealed that it is sometimes locked by HP and is not changeable.

But, in the device manager, I can see "Intel(R) 6th Generation Core Processor Family Platform I/O SATA AHCI Controller"  installed under IDE ATA/ATAPI controllers. Also, upon using the AS SSD Benchmark utility, I can see "stornvme - OK"  for the SSD and "iaStorAC - OK"  for the HDD.

I am now not sure if it's an issue with the AHCI not being enabled, but then what is it. 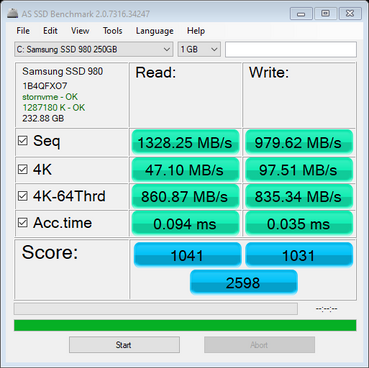 AS SSD Benchmark for Samsung SSD 980 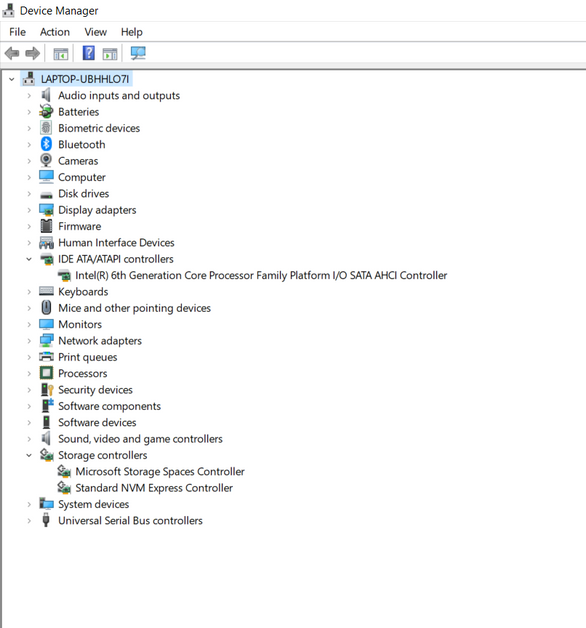 That might be why the driver is not installing.

Your notebook's drive controller setting is set to AHCI by default, which is why you see the Intel 6th gen core processor AHCI controller device.

The AHCI controller setting is not the cause of the issue, since a NVMe SSD uses the NVMe controller in order to work.

My opinion is the M.2 slot your notebook has will not run the Samsung 980 Pro SSD at its fullest spec.

It is probably an older generation PCIe x M.2 slot.

However, those sequential read write speeds are pretty low, I must agree.

What you can do about it, unfortunately that I do not know.

Well, that could also be a reason. Maybe Samsung is yet to release their official drivers for the SSD 980 series. I had downloaded the driver from SSD Tools & Software, and I didn't give much thought to the SSDs listed, thinking maybe they forgot to update the new one in the list.

If the M.2 slot is causing the low speeds, then it's disappointing. It doesn't look like there is much to do on that aspect though.

Thank you for taking time out to reply!

Is there some app you can run to check the generation of the slot?

The slot may only allow for a couple of the PCI express lanes to run.

I was looking to see if the slot supported SATA drives too, and it does, according to chapter 1 of the service manual.

I have noticed that if a M.2 slot supports both SATA and NVMe drives, the NVMe drives run slower in such a slot.

In the Samsung Magician application, I can see the interface as PCIe Gen. 3 x 4. Does it mean it's a generation 3 slot? 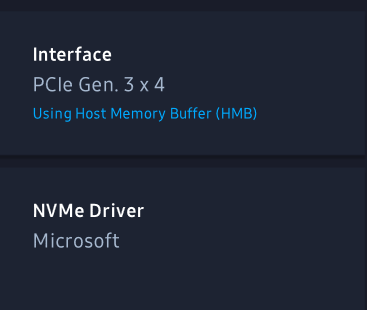 Yes, that is correct.

That is one of the reasons why your notebook's SSD is underperforming.