My laptop currently has F.1D (released in 2016) and I want to downgrade to F.1C (released in 2014) due to this issue, there's no video output of the BIOS (or any menu) over HDMI just "No Signal" on the screen I'm using. (I used 2 different screens as well). I can only get video output when I'm in the OS itself. I don't remember this behavior happening on the original BIOS version before the F.1D update. I tried using HP's UEFI Support Environment (version 5.2.4.0) to downgrade the BIOS from F.1D to F.1C, but I got this error on screen:

I tried using different USB drives to get it to install, but the same error showed up. I also tried the Win+B shortcut on boot with the power supply and battery attached (I also tried doing this with the power supply and battery removed, then plugging in the power supply and holding the power button for a second, then letting the key and buttons go), but the only thing that happened was that I saw the laptop turn on, but the backlight was not lighting up, the fan was spinning like usual and there were no beeps. I heard on other sites that the Caps Lock light would blink to indicate issues, but since the Caps Lock light on my keyboard doesn't work anymore, I can't see any blinks (I tried using a USB keyboard to see if that would help, but still, no lights were blinking).

Is it possible to somehow force a downgrade on the BIOS to fix the video output?

Just to prove that this is the correct version 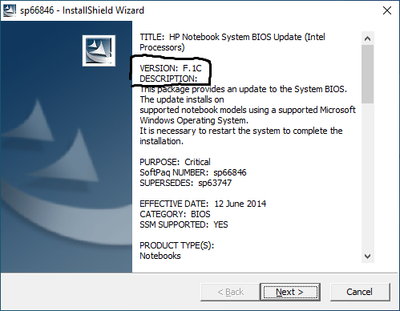 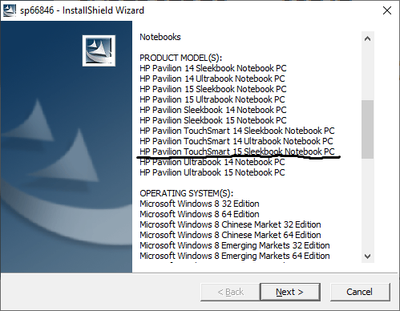 And that it was meant to work with my laptop 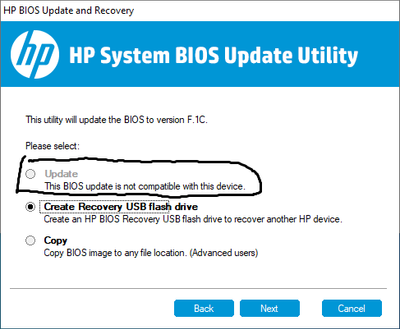 And the error from the UEFI Support Environment: 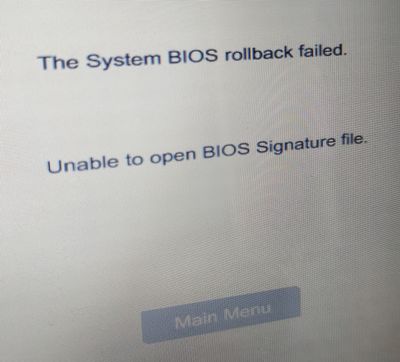 Bad news is, I don't have the original BIOS backed up on any USB or anything, so far, I'm stuck with F.1D

Here's the link to the product page where you can see and download the files:  https://support.hp.com/lt-en/drivers/selfservice/hp-pavilion-touchsmart-15-b100-sleekbook/5330569/mo...

However, Since the HP BIOS update routines are OS-version specific, you can't run them under Windows 10.

I also have tried re-upgrading from F.1D to F.1D to see if I can see the BIOS on my secondary screen... It didn't get fixed. 😐

All I can offer is this link that will point you to Win8.1 ISOs -- but there is a limited set and these are installer images, so while you can boot from them, I don't think you can run from them: