Artifacts on the main laptop display

I'll tell you a little story, and I really hope that someone knows the cause of the problem in this story.

When installing the OS (Win 10), I noticed a slight flicker, but did not pay attention.
I started working on a laptop, and began to notice this flickering, not too often, and mainly at the start of the system and the next 30-40 minutes. I turned to those. HP support, they did not answer anything efficient, they said to carry it to the service. And the saddest thing is that having called all the workshops in Moscow, everywhere I received an answer: diagnostics 5-10 days + solution of the problem (if found) 20-30 days, for such a time there is no way to leave all the cases for which the computer was purchased. And I decided in the end to seek advice here. If the problem is serious, I will still hand over it under warranty, if not, I will live with this problem.

Description of the problem (detailed):
-When the OS starts and works, flickers (artifacts) appear on the laptop screen
-In a slow-motion video I found that this happens for about 0.2-0.5 seconds.
-Flickering may repeat, but the frequency of such repetitions does not have (maybe 1 time in 10 minutes, or maybe 5 times per minute)
-After some time, almost pass, but there are exceptions
-While monitoring BIOS for hours, no such effects were found
-Testing CPU and GPU through utility in BIOS and HP showed nothing errors
-Connecting a second monitor does not solve the problem, but this effect does not appear on the second screen
- GPU and CPU temperatures are normal (45-50 degrees), artifacts due to overheating are excluded
-The flickering itself is similar to a frame break, two frames are superimposed on each other with a shift of one of the frames by half up, in the center, a strip filled with noise with a width of 300-400 pixels appears horizontally.

Attempts to solve the problem:
-Reinstall OS
-Changing the refresh rate of the laptop screen from 144 to 60 Hz
-Clean installation of graphics card drivers
-Change the resolution of the main screen 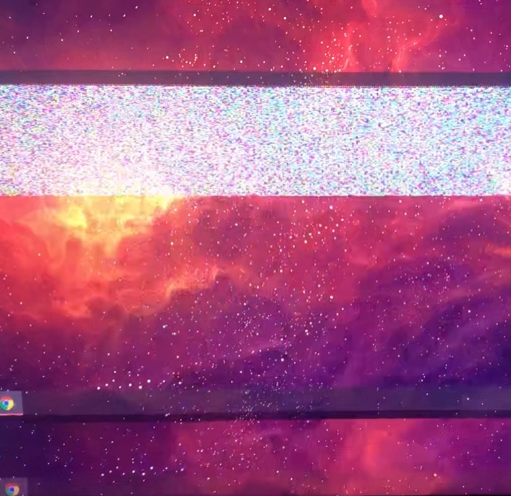 I reviewed your post and I understand that you are facing issues with the display on the computer.

I recommend you update the BIOS and the graphics driver from the below link and check if it helps.

Hello again !
I contacted tech support in Russia. On their advice, the BIOS drivers and drivers for the video adapter were updated. Unfortunately this did not solve the problem. Moreover, the OMEN COMMAND CENTER button on my laptop does not work, and installing drivers via the HP Support Assistant broke the network card driver, which cut me off from the Internet. Since this problem could not be solved by removing the device and drivers, I had to reinstall the OS. Now, I am wary of using this utility and other HP tools. Network adapter problems started after installing SDK for OMEN (1.0.30 Rev. A). On the advice of those support.
At the moment, the main problem remains artifacts on the matrix, and fears of installing software from HP.
The system works stably only with self-loading Win10 drivers

In this case, I recommend you contact support again and check for the available service options for your computer so that this can be checked at an authorized HP service center.