I have this laptop since January 2018 and it has never had any problems, ( apart about the battery after less than two years of use (but never replaced).

On August 30 i updated windows to the 2004 version (via windows updates).

After, I have updated the nvidia driver, from nvidia website.

After 20 mins the screen was with glitch (pixels) and I turned off by holding down the power button (the only way becouse all in crash). In this moment the GPU temperature (showed by widget on the screen during the game session) was 84°C.

A. white horizontal lines appeared on the desktop screen

The glitch problem persists around GPU or CPU temperature like 60°C-70°C (it also happened in idle, just after a data backup on external HD)

1. I have disabled nvidia card and enabled again

2. I went back to the previous version of Windows

4. Fan check via speedfan software, in which on idle

6. I bought the System Recovery Kit for HP Omen (usb pen from hp website) bringing it to the factory conditions.

- On device management: no yellow triangle about graphic card nvidia and no errors (eccept on the "event" in which in some line on the top "device PCI... requires further installation. Observing the strings below, everything seems to be correctly updated.

- Running a game for a test, in 30 secs, the glitch problem (pixels) persists when GPU 65° and CPU 70 and I have to restart by power button.

Restarting, waiting some mins, it work well in idle, but it mean that if the temperature rises, problems come.

So, the problem persists and I would like to understand why and solve it.
I have never had any problems before upgrading windows 2004 or nvidia driver.

I am disappointed with this product "born to play".

Thanks in advance for your attention. 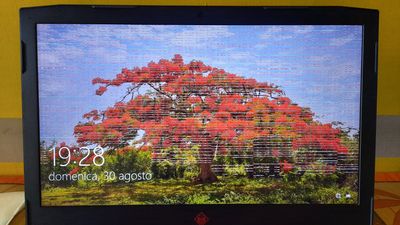 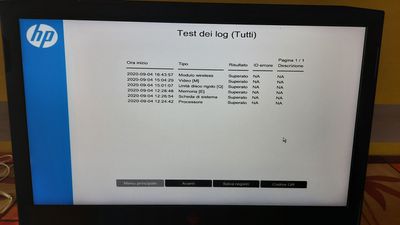 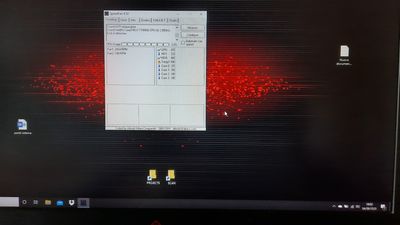 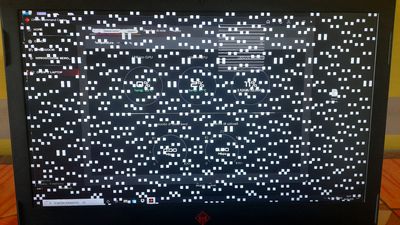 Hi HP support,
I would like to have an answer regarding my question.
Thank you.

I have gone through your Post and I understand your concerns

This seems to be a Game and Driver compatibility issue. Since the problem only occurs when playing COD WarZome, I suggest you contact HP Smart Friend and they should be able to sort this out since this Notebook meets the Game requirements