Dear Friends, Do you have a replacement Battery for an HP Pavilion model dv7-3085dx Entertainment Notebook? The white tag on the battery says: REPLACE WITH HP SPARE 486766-001. 14.4V 73Wh.Z
As a Battery discharges during use shoulf that or will that affect the performance of the notebook?
In the POWER OPTIONS>Balance recommended>Change Plan settings>Change advanced power settings there are many items listed in there. Perhaps changing how some of those are set would help the notebook/battery perform better?
Or perhaps there are some drivers that need updating. Should the notebook operate any differently when it's running just off the battery or with the AC Adapter plugged in? The BIOS is running the latest version.
PLEEZE HELP!
Sincerely, Ralph

you make me confuse, i think you ask about how its work
Laptops on Battery have the power decreased dos matter if you change settings or not (its a survivor mode)

To Whom it May Concern:
This computer will not play a Live webcast and a Youtube video at the same time unless the computers Performance is set to High and NOT Balanced and also the Visual affects is set to "Let Windows choose what's best for my computer."

The moment I unplug the computer from its AC adapter the video/webcast and other things will begin to break up>distort> may stop all together with any other settings I've tried.
I have bought and calibrated (two) brand new batteries with the same outcome pretty much. The battery should not affect the computers performance assuming your settings are correct for [your] computer. And the battery is correct.
I also changed the settings in the Virtual memory from 6134 to 9120 and it made no difference. Changed it back..
HP does not offer a replacement battery for this model even though the same battery was used in hundred's of other HP products which makes no sense.
So your forced to buy generic or an OEM outdated HP battery. These batteries have a shelf-life of about two years. So, even if you buy an OEM battery that doesn't mean its a new battery cause HP does not make that model battery to the best of my knowledge.
Whats even more baffling is that I have another notebook that has only 2GB Memory and a Intel (R) Dual CPU T330 @ 160GHz 32 Bit that is capable of playing multiple videos with no problems.
As you can see from the "System" attachment the computer in question has 6.00 GB and Intel(R) Core (TM) i7 CPU Q 720 @ 1.60GHz 1.60GHz
Hope this is helpful to some other kind frustrated soul out there.
Any further thoughts or suggestions appreciated.
Grazie, Raphael 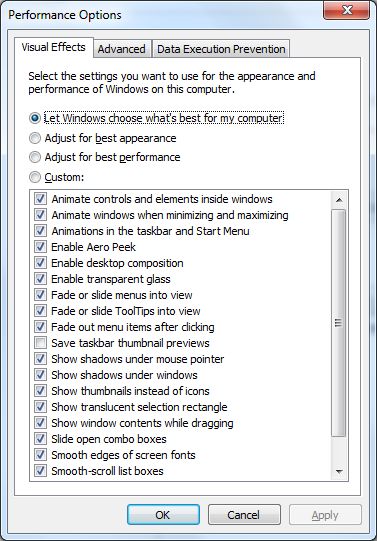 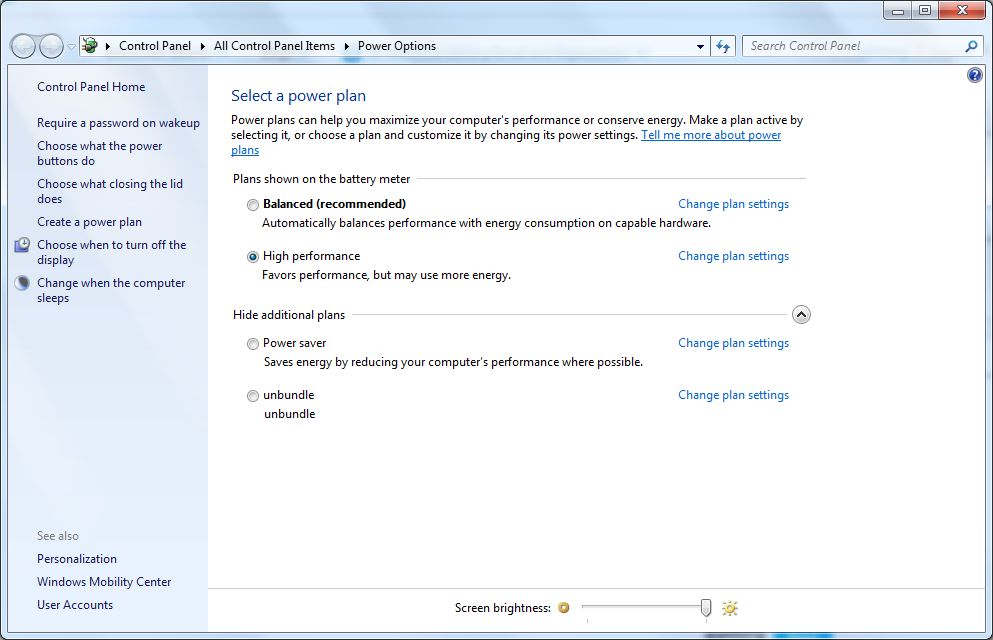 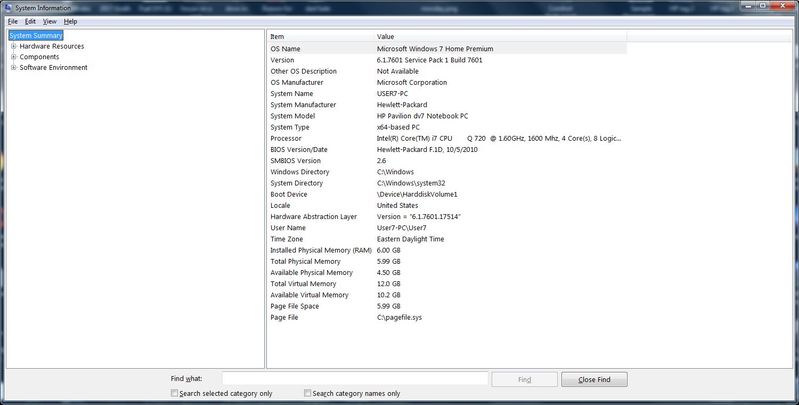