Bluetooth headset not connecting with mic

I recently got this new WLAN Bluetooth Combo Adapter so that I could have the option to use bluetooth devices with my laptop. I'd connect my Sony MDR-XB950BT bluetooth headset and use it to talk to friends on Skype.

When I look in my sound devices, there are normally two devices my headset connects with: "Headphones" and "Headset". The headset option is what lets me use my mic.

However, now "Headset" displays as "Disconnected" and right-clicking then pressing "Connect" doesn't help. When I unpair then re-pair the device, it takes forever to download it's drivers, then I see that there is no "Headset" option in my sound devices at all! It reappears upon restart, but again as "Disconnected".

Also, now when I connect my headphones, the "Headphones" option also displays as "Disconnected", but unlike the "Headset" option I am able to right-click and press connect and it will then connect.

All my drivers are up-to-date and when searching for my new WLAN Bluetooth adapter I was told by an HP expert (who was a great help by the way) that this one was indeed compatible with my laptop model. It worked at first, but now I'm having these issues. There is no answer anywhere online that works for me. Any help would be greatly appreciated.

I understand that you are unable to connect and use your Bluetooth headset with your HP notebook that did not come with Bluetooth. I would like to provide my suggestion.

May I know the part number of the wireless adapter you have installed?

Recommend you to update the wireless driver and Bluetooth driver on your computer using HP Support Assistant.

Make sure the wireless button on your computer is ON and open device manager.

Check if Bluetooth is listed in device manager and is enabled.

Make sure the Bluetooth headset is not paired with any other device.

If the headset is still not getting detected, recommend you to run the troubleshooter from the control panel.

Refer to this Microsoft post for assistance and Connect a Bluetooth device article.

Please click ‘Accepted Solution’ on the post that solves your issue to help others find the solution. To show appreciation for my help, please click the ‘Thumbs Up’ Icon below.

I saw it was originally for the HP Stream 13 Notebook. It seems to be compatible with my model, so I think it's just the driver software causing the issues or something.

I've tried updating my drivers, troubleshooting, and even tried restarting the "Bluetooth Support Service" in Windows Services and there was no change in the issue.

Whenever I re-pair the device it shows only "Headphones" and no "Headset" in Sound Devices. 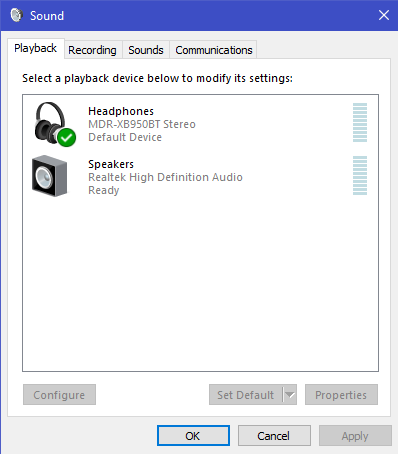 Or at least until I restart the computer and reconnect my headset. "Headset" will then show up in my devices, but set as "Disconnected" and I can't set it to connect. Oh, and "Headphones" will also  be disconnected, but I am able to connect them, it's just annoying to have to do it every time I want to use them. 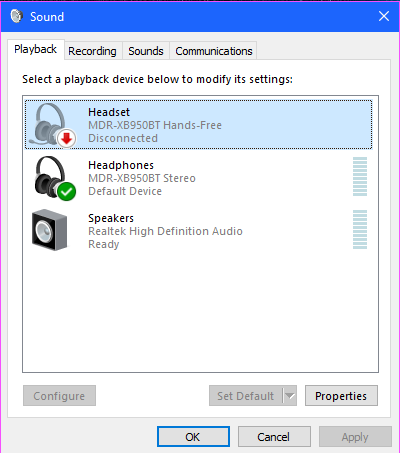 I've looked in my bluetooth services and made sure the "Handsfree Telephony" was checked. 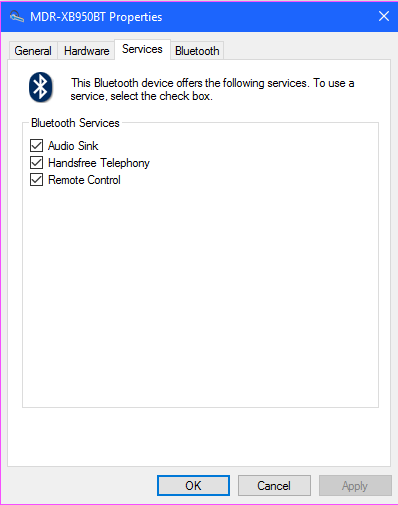 So I am baffled as to what is wrong here!

I hope I explained things a bit better.

I reviewed the post comprehensively. Superb and spectacular troubleshooting and deductions before posting again. 🙂 Kudos to you for a job brilliantly done. 🙂 I am amazed by your profound technical skills.

Then check again if the notebook pairs with the headset and works correctly.

If it does not, uninstall the Bluetooth drivers from device manager and restart the computer and check again to see if the issue is fixed.

Furthermore, please try with another Bluetooth headset to pair with this device which may isolate the issue with this one headset.

You may need to contact the Headset manufacturer for updated drivers and support.

Trust me I’ve done all I can to help by keeping your best interest in mind.

Hope this helps.  Let me know how this goes. I genuinely hope the issue gets resolved without hassles and the unit works great. 🙂  Please reach out for any issues and I'll be there to assist you. 🙂

To simply say thanks, please click the "Thumbs Up" button to give me a Kudos to appreciate my efforts to help.

If this helps, please mark this as “Accepted Solution” as it will help several others with the same issue to get it resolved without hassles. 🙂

Take care now and have a splendid week ahead. 🙂

I updated my chipset and BIOS drivers (some of them said I don't reach system requirements) and I uninstalled my Bluetooth drivers, which then reinstalled themselves after restart.

The headset still does the exact same thing as before, I tried to update the drivers for it and found that one of them did need an update. Which is the highlughted one shown in this screenshot: 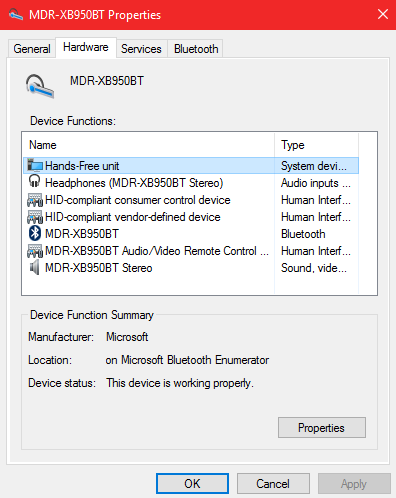 But when trying to update it I get the following error: 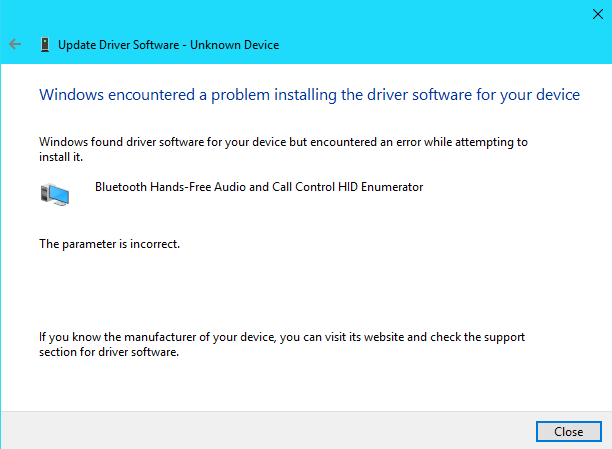 I tried to find the drivers for the headset on Sony's website, but it said it doesn't have any software or drivers for my model.

So, after my failed attempts at getting the mic to work, I tried to connect my brother's bluetooth headset to see if the issue persists... Unfortunately, it's the exact same model as mine, haha. So I wasn't surprised to see that it had the same problem.

I originally had a bluetooth dongle before and the mic worked with it, but I had connectivity issues with the dongle and wanted to use the least amount of USB ports as possible, hence why I replaced my WLAN adapter with one that has Bluetooth.

At this point I think this is unsolvable, I've seen many other forums based on this issue that couldn't find an answer. But if you still have any ideas on fixing this please let me know

@dwhaley720, Thanks for the response.

Thanks for trying out the steps.

In the picture I see that Bluetooth headset is disabled.

Have you tried right-clicking on the device and enabling it?

Also, download and install HP support assistant on your PC and check for updates.

This will install the missing drivers on your PC.

Refer this article to know how to use HP support assistant.

I'll keep an eye out for your response.

I hope you have a great day! 🙂

The "Headset" device is enabled, although it says it's disconnected, and it doesn't allow me to connect it. I'd show a screenshot but sometimes the "Headset" device in Sound Devices doesn't even show up anymore and it only shows "Headphones", which is what it's doing right now.

And I've used HP Support Assistant probably a hundred times and it's been saying there are no updates available.

@dwhaley720, thanks for your response.

Thanks for trying out the steps.

Please try the steps recommended below.

Let me know if this works!

Have a great day ahead! 🙂

I have the same problem as you

its just because of (Windows Service ) that is not active correctly

I did try both my Bluetooth headphones on windows 10 and windows 8.1

in windows 10 its work very well

but in windows 8.1 it did not work although it was working before