The ZBOOK 15/17 G2 series looked to be the perfect candidate for me to do EC and TB2 testing of DIY eGPUs with. Unfortunately it looks like the G2 series has a non-functional expresscard slot. Both my own testing with a 17G2 and that of @hishamkali  with a 15 G2 here where he says "I have noticed that the express card slot on my unit seems to not work confirming this to be the case.

My analysis below points to the introduction of the Z Turbo Drive (x2 2.0 PCIe SSD) in the G1->G2 revision as being the cause of the lost expresscard slot functionality. The ZBook 15 G1 has a working expresscard slot as can be seen at

Wonder how HP will fix this since they are advertising the G2 systems with an expresscard slot? Will they install revised boards for affected users? Otherwise they could transplate a TB2 chip onto the TB1 systemboard. Though the use of a G1 systemboard means no Z Turbo drive functionalilty. Or else affected users could seek a refund and acquire a 15" Lenovo W541 instead which does have a EC2 slot and a TB2 port.

Suspect the missing ports are:

And that then only leaves port8 that could be the expresscard slot. However, it's not enabled by the bios on bootup. I enabled that port and configuring it with DIY eGPU Setup 1.30 software yet still didn't see my video card attached to my expresscard-to-PCIe device being visible!! Though admittedly, there may be more configuration necessary to enable the port8 for functionality.

If it so happens HP discover that the expresscard slot has mistakenly not been wired through when the G1->G2 architecture changes were made, then I recommend HP implement the 2014 15" Macbook Pro PCIe architecture in a revised board.

There the Thunderbolt2 port is attached to the Northbridge along with the GT750M dGPU rather than on the Southbridge. That frees up four x1 Southbridge ports. Then can move say the Z Turbo Drive to say port1 (as a full x4 port) in place of using those ports for the TB2 chip. The rest of the port layout can then be like the ZBook 15 G1, ie: port5 = expresscard, port7=wifi port8=card reader. That eliminates the need for the PCIe bridge introduced in the G2 series to deal with insufficient ports.

Another quick fix would be to wire the expresscard slot to the Northbridge port. That would even better the Southbridge port since it would be PCIe 3.0 (8Gbps) rather than PCIe 2.0 (5Gbps). 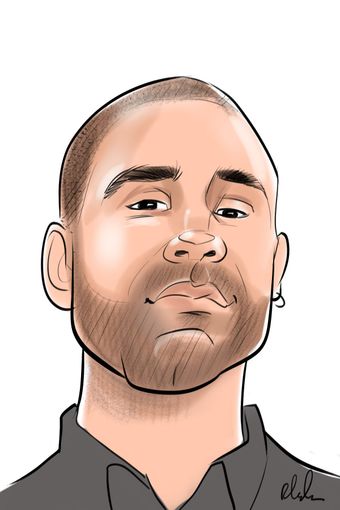 I Work for HP
1 Kudo

Thanks Omar. I've email and PM replied to a request for more information received by JeffHelp on this matter.

We may have a solution here. Swap in a G1 systemboard to get the functional expresscard slot, then install a G2 "Expresscard assembly" with the Thunderbolt2 chip on there. The end result would have almost all the desired functionality except the G2's turbo Z-drive.

I've also been advised that the G2 model has the expresscard slot hosted off the Pericom PCIe bridge, sharing the x1 2.0 link with the card reader and the wifi. Even if it did work, the bandwidth would be split across those devices which imho is not an acceptable architecture. The expresscard slot should have the full x1 2.0 bandwidth.

i have recently received my brand new 17" ZBook G2 workstation,  specifically chosen for what i thought was its ability to work with an RME Audio PCI express card.  The other strong contender was a Lenovo W541.  I have ordered and installed 32 gigs of RAM into this machine and new SSD drives as well.  This laptop was purchased to do one thing, and one thing only, reliably record live audio several days a week for my work, as my previous HP laptop did for over ten years.  I am kind of in a shock after reading through this thread.  This level of PC understanding is not my strong point, but ARE YOU SAYING I JUST SPENT $3,000 FOR NOTHING!?   This slot, and thus the computer is useless?  Why put a port on a device that does not meet spec?  Before taking the considerable time to get the many drivers and applications loaded and fully copacetic, does someone know if this unit will work for this application, or what questions I can ask of RME to see if it will work? I have never had to be cognizant of "lanes" in the past. I just plugged in the device, installed the drivers and it worked.  My intention is to get this laptop working solidly and to then never go on the internet again.  Again, this thing needs to do one thing and only that one thing based entirely around this port.

Here are the specs on the rme card:

The ExpressCard is based on the PCI Express Base Specification v 1.1. It represents a 1-Lane PCI Express endpoint device and supports 2.5 Gbps line speed. Thanks to the packet-based full duplex communication, the card provides a transfer rate of up to 500 MB/s - 250 MB/s in each direction.

I hear you there @Roobsbane .

I can advise that the ZBook 15 G2 and 17 G2 model has had several unsuccessful attempts to attach a desktop video card to them using a expresscard-to-PCIe adapter attached. Myself and other users finding the expresscard simply would not detect the video card.

The conclusion being that the expresscard doesn't work on the G2 model. The G1 model having no problems  with eGPU attachment.

Contact with HP didn't resolve the issue either. It was requested that a US$10 eSATA expresscard be obtained from ebay and shown to work. That was to just make sure the eGPU adapter wasn't the problem here (even though the eGPU adapter works across multiple Latitude/Elitebook machines). HP never came back to me if that was done.

Instead, HP requested the machine + eGPU adapter be sent from Australia to the US  them create a custom BIOS for it to allow it all to work. That was an unsatifactory solution as the expresscard slot should not be locked down to begin with. It should allow any expresscard devices to attach without having to create or alter any whitelisting of allowable devices to use it.

What can be done if the ZBook G2 expresscard doesn't work?

1. Looks like HP can create a custom BIOS for you to allow it to work. That will presumably be for your single device. Log a case to get the ball rolling.

2. Downgrade to a ZBook G1 model.  There you'll miss out on the Thunderbolt2 port (Thunderbolt1 only), the turbo Z-Drive SSD slot/option and will an older NVidia or AMD dGPU.

3. Have HP supply a Sonnet ExpresscardPro (Thunderbolt-to-expresscard) adapter to give expresscard functionality via the Thunderbolt port: http://www.sonnettech.com/product/echoexpresscard34thunderbolt.html

4. Request a refund and get another expresscard or Thunderbolt (to use with Thunderbolt-to-expresscard adapter) equipped notebook that works, eg: Dell E6540/M2800/M4800/M6800.  A good candidate list is at http://forum.techinferno.com/diy-e-gpu-projects/4109-egpu-candidate-system-list.html#post57511

Is this issue resolve?

I tried other Expresscard(IEEE 1394) but same case.