I was able to install all new color cartridges with no problem.

I have had this printer for a few years and it has worked great.  I have an old 950XL cartridge in it now but it is empty.  I have tried several new 950XL and 950 cartridges from different sources and the printer rejects all of them.  The printer accepts the old empty cartridge but of course can't print with it.

I have reset the printer and that doesn't help.

I have used the printer menus to make sure it has the latest updates. 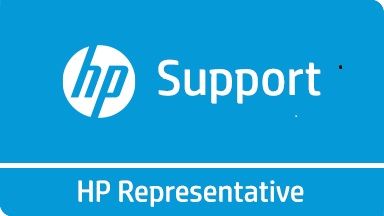 Welcome to HP Forums, this is a great place to get support, find answers and tips.

Thank you for posting your query, I'll be more than glad to help you.

I understand that your HP Officejet Pro 8600 printer does not detect new 950XL and 950 cartridges.

This issue could occur if the firmware is not updated.

Let's go through a few steps that may help to fix this issue.

And here are a few steps for you in the link to update the firmware: Firmware Update

Let me know how this works.

Rainbow23
I am an HP Employee

If you found this post helpful, you can let others know and also show your appreciation by clicking the “Accept as Solution” button, “Thumbs up" button!

The firmware has been updated using the printer's firmware update utility, but it still has a problem with official HP brand ink cartridges.

I found in another help thread a possible solution that I haven't had a chance to try yet.  Apparently the "current" firmware that is available through the printer menus has a feature that prevents counterfeit or third-party ink cartridges from being used, however in my case this is also preventing the use of official HP 950 and 950XL ink!  There is an alternative firmware that may be available, that turns back off the third-party ink lockout.  Maybe this will permit my printer to accept official HP950 and 950XL ink cartridges that shouldn't have been disabled, but which are actually disabled.

I suspect that this is a problem because HP re-numbered the ink cartridge part number, adding an "N" to the end of the product ID.  It's the same cartridge except that the little circle on the front of the cartridge is now black instead of white, and of course except that the new cartridges are blocked by HP's current firmware.

So...  in a day or two I'll get a chance to try the alternate firmware (must be downloaded from the drivers/software website and manually installed) and see if that works.

Still, I think HP should fix their own dang firmware and release an automatic firmware update that does not block the use of the current official HP 950 and 950XL cartridges in the HP 8600 pro printers!

Thank you for your reply, I'll be more than glad to help you.

I understand that you will try the firmware update and get back to us.

If the issue still persists, then please contact HP Phone Support for further assistance at the link: www.hp.com/contacthp

Rainbow23
I am an HP Employee

If you found this post helpful, you can let others know and also show your appreciation by clicking the “Accept as Solution” button, “Thumbs up" button!

Did you find the alternative software? Casn you post the link?

No I never resolved the problem.  The printer was US (Costco), the ink was genuine HP for US north america market, but the printer would never accept the cartridges.

I finally threw it in the trash and switched to Epson.  I'll switch back to HP when they admit they ruined my printer and mail me a new one, since it was their firmware update with a broken implementation of their ink cartridge product lock-in that ruined the printer.

I attempted to contact HP support directly and they said it was out of warranty so I could only get help in the forums.

Thank you Top Student, much appreciated.

I'm having this problem as well.  The printer recognizes a black 950 "setup" cartridge...but not a brand new one that i just bought from staples.  The printer will recognize the cartridge at first and displays the fact that it is full...but then after a bit gives the error..."There is a problem with the printer or ink system.  Turn printer off, then on, if problem persits, contact HP."

I've done the hard restart with the plugs and all, with no results.  This is the 2nd cartridge giving me the problem so I would say it's not a "seating" issue.

HP Recommended
Same EXACT PROBLEM here. I found another thread saying HP has recently regionalized their printers locking out new ink cartridges and that we have to call to get the printer Re-reginalized. I purchased my 8600 ALL IN ONE at. Costco in 2013. Have NEVER had a problem. Yet, when you call support, you basically get talked to like you are a Moron, and they walk you through the steps you have already done . Then they tell you that your new cartridges must NOT BE REAL HP CARTRIDGES. Ahhh. My printer is also out of Cyan, so nothing will print with the old cartridges. I noticed my region is locked to USA which is where I am and have always been, so I don’t understand why series nbr on actual cartridges now ends in AN. instead of A. I am calling them AGAIN this morn, to ask for SPECIALIST TIER, and ask them to reset my printer. I am suppose to have the new cartridges when I fo this , but I have already returned 2 new sets. Will update after I call
1 Kudo
Tags (2)
View All (2)