They advised this error was known to them, specifically when replacing the yellow tonercartridge.

However, as they did and do not service the printer anymore, they could not help me out.

I explained that I am now stuck with a 200 dollar toner-cartridge, which obviously the reseller wouldn't take back (opened box) and asked if they could not help me out on this.

If I were to send them the (opened) box with the new, unused, cartridge and they would replace it with a new one, I would get my money back. No problem with paying some administrative charge or so.

After all the problem was caused by a known printer defect.

There was no way they wanted to assist.

Very much doubt my new printer will be from HP and will definitely not recommend my friends to buying one. 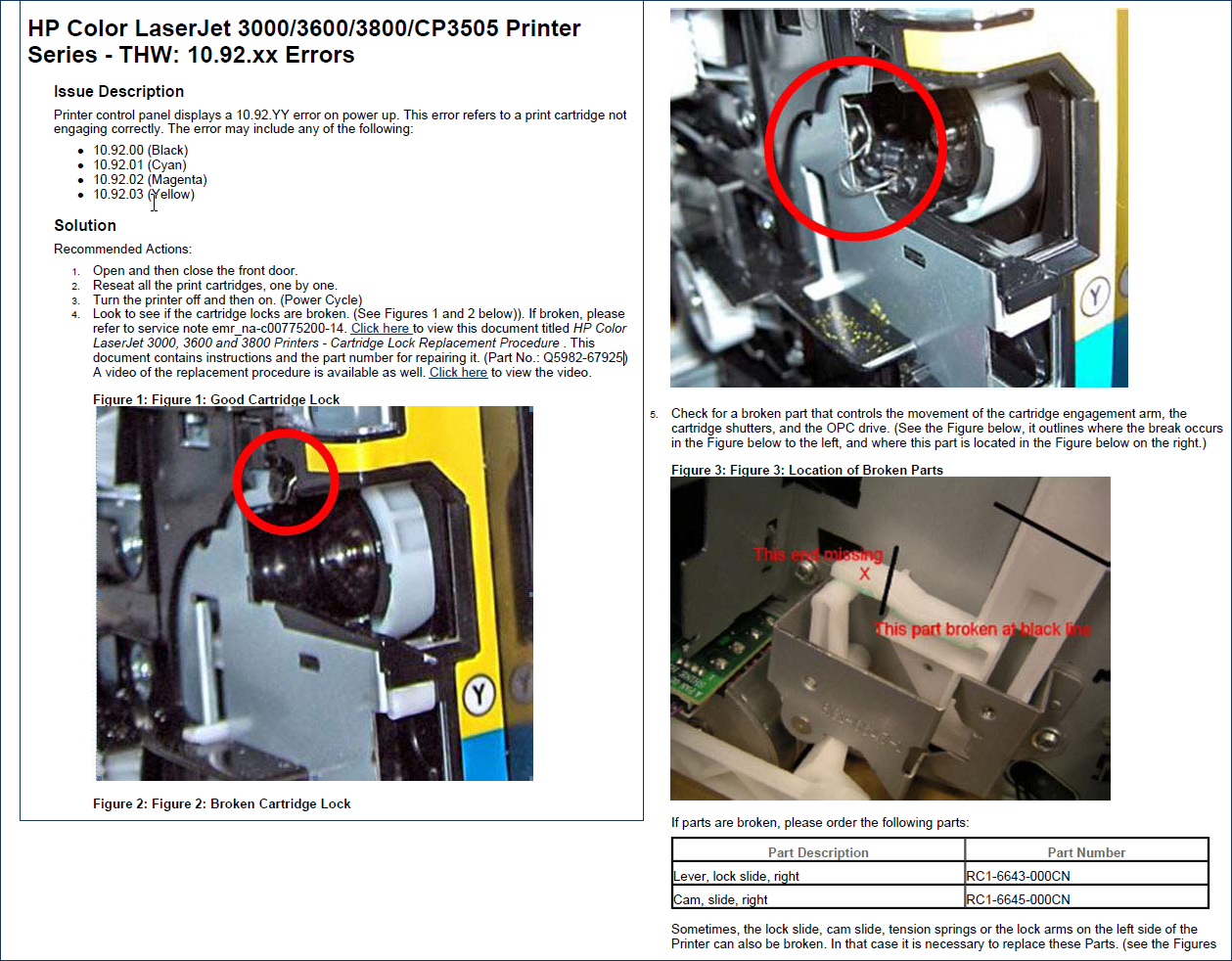 a video ('tonerlock3.wmv') is available on:

c) if the locks are black (old version) it may be worthwhile to replace all cartridge locks partnr. Q5982-67925

Your printer came out 10 years ago.  HP provided a free fix of the issue for about 3 years.  I have repaired a number of these over the last 8 years and as with anything over time parts will fail.  One thing users can try which works about 25% of the time is to take a wire snipper and cut off the excess wire they see in the opening.  That sometimes allows the locks to go down to the point where you do not get the error.  Since it is only happening with the yellow slot that would indicate all the others are fine.  Another thing users can try is to remove the yellow toner and then turn on the printer.  The error should not appear.  When the printer comes to where it is asking for the yellow toner, hit the menu key and scroll to the diagnostics menu and choose the item disable cartridge check.  When the printer says ready, diagnostics mode, open the toner door and insert the new yellow toner.  The printer should now work, however, there is a small chance the yellow print may be a little off, but since it is the lighest color it may not make a difference.