Few Days back I had upgrade Windows 11 in my laptop. Since then I am not able to scan the documents. Rest of the features  like Print and copy are working well. What should I do?

Exactly the same problem. Spent 24 hours trying everything I can, but the scanner part of my F2480 is not recognised on my new Windows 11 computer or my old Windows 10 Laptop, where it was before. Still works fine on a very old Windows 7 computer.

I don't think the drivers are correct, but when I find the correct page on HP website it tells me I haven't got the full pack, but doesn't offer any, other than various Apps that don't work. I've tried so many different solutions I have lost track, and I'm getting concerned about messing up my new computer.

Windows Scan and Fax and Scan can't see a scanner. Usb cable is fine as it works with windows 7 computer. I've been through other suggestions on the forum but nothing works.

Thanks for any help.

I have spent most of the day trying to get scanner to work. Printer is fine, Upgrade to Windows 11 was 10 days ago. Help!!!

Don't worry as I'll be glad to help, to provide an accurate resolution, I need a few more details:

Don't worry as I'll be glad to help, to provide an accurate resolution, I need a few more details:

While you respond to that, let's try these steps:

I am facing a similar problem after installing Windows 11 Pro on my laptop which was already running Windows 10 Pro about three weeks ago. My device is HP OfficeJet Pro 6960 and I've tried reinstalling HP Smart but nothing works! It does print properly but the scan function is not available. Please help.

Here's my view on things. I bought my HP F2480 scanner/printer many years ago because my old scanners had stopped working with the new Windows 7 (?). I desperately needed the scanner but not the printer, then 6 months later, I tried to start using the printer which has NEVER printed one page. It malfunctioned with the supplied cartridges, HP suggested I buy new ones, same result, and then they told me it was out of warranty and refused to discuss it further. So basically I would never buy another HP product, or an inkjet printer.

But I carried on using the Scanner part, successfully. On a Windows 10 upgrade, HP Solution Centre disappeared from my computer and wouldn't reinstall. Fortunately I found Microsoft?windows SCAN App and that has worked brilliantly.

As soon as Windows 11 was introduced my desktop and laptop both announced they were not able to upgrade to Windows 11, and the desktop was never right since. Constant freezing, refusing to restart etc, so I used my Laptop for a while but found that HP Solution Centre had disappeared from that, and Windows SCAN no longer recognised my scanner.

As I have a need to submit a few scanned documents every weekend, I had to but a new desktop, which upgraded to Windows 11 as soon as it was activated, but SCAN and Fax and Scan would still not recognise my  scanner. I tried every solution on HP website (knowing they would just ignore me if I asked for help) and nothing worked. Their website shows me no drivers but various assistants to download. I still have my installation disc, but that doesn't show an "INSTALL" button and won't run.

After spending every spare minute for two weeks on this, I have a partial solution. I found a website that still has a working HP solutions centre, I downloaded from there, and it works - although annoys me all the time by telling me to buy yet more Ink. This is the website, select your own printer. https://printerdrivers.com/hp-deskjet-f2480-driver/

Unfortunately although Windows SCAN app now sees my printer, it still won't connect to it. I am sure the problem will soon reoccur - obviously every computer hardware and software company want to disable everything you own and make you buy new. I've also had two external hard drives fail recently, a USB hub, and non of the games I bought work anymore.

Part of the problem may be that the drivers won't update. Mine are 2008, but I can't find anything to update to. Unfortunately a new scanner costs a lot more than a printer scanner, and they seem to be in short supply, but I am sure HP will defeat me soon. 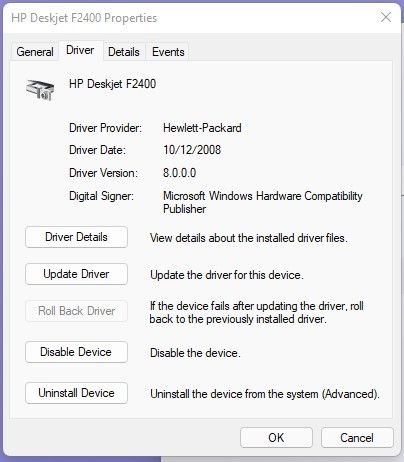 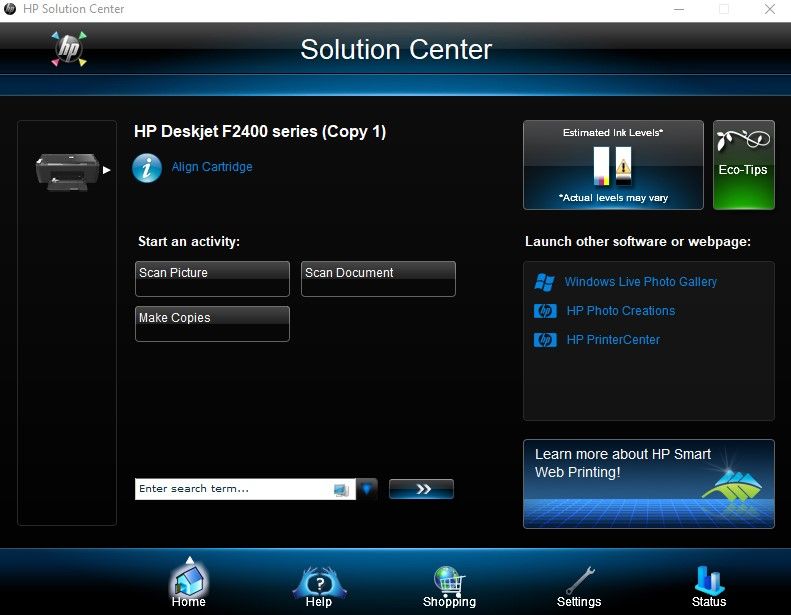 I had the same scanner issue while still running Windows 10 with the Color Laser Jet MFP277dw printer. I downloaded and installed the complete HP update, as suggested, with no luck. Not only could I not scan, but HP Print and Scan Doctor would freeze up and not allow me to close it out. I spent 6 hours trying to find a fix.  Eventually I reinstalled the old HP drivers and the problem went away.  I can now scan and HP Print and Scan Doctor does not freeze up.  There is evidently a serious issue with the HP updates.  HP is losing my product confidence.  I will start researching other brands. Customer care is a lost value in most places. Sad to see HP follow the leader!

Hi there I am also having this same issue with my Deskjet Plus 4155. When I try to scan it says "scanning currently unavailable" . I have tried your suggestions and still have the same issue.

I had no faith that this would work but it has, for now anyway. Thanks. I had downloaded scan doctor already and it says Device Driver problem with a red cross against it.  Obviously there are a lot of people with a similar problem.  It does make you think you wouldn't buy from HP again. We have all wasted lots of time on this if it is a simple solution