My all in one can print but not scan

I currently use an OfficeJet Pro 8035 that I have had for 3 years. I bought it brand new in 2019. I've had my computer for a little over a year which I also bought brand new. The all in one worked fine until recently. I can print documents, photos, and such from my computer, but I cannot scan to my computer. Even though the computer is listed in the printer, the message I get is the computer is not available. I even changed the printer USB cable, which did not correct the problem. 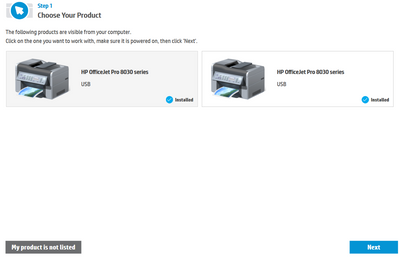 After finally connecting to one of those computers, Scan Doctor says there is a Device Manger Error. HUH? What does that mean?  HP Smart also says I have 2 of the same printers connected to my computer, though one has a check mark in a green circle and gives me ink levels which matches my printer. The other printer listed does not. Both say printer status unknown. When I hit the scan button on either one of the listed printers, it says scanning is unavailable. 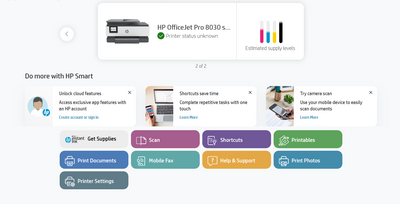 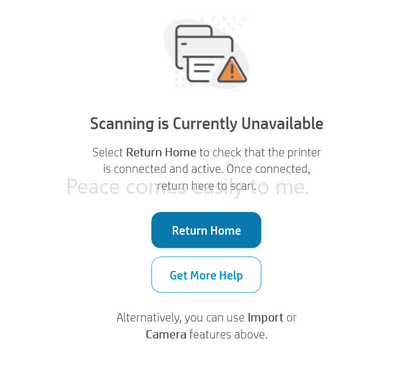 What can the problem be? How come my scanner cannot communicate with my computer? When I go to the Printers and Devices folder and try to make my printer the default printer, it says doing so will make Windows stop managing my default printer? Does this mean that Windows is managing another printer, perhaps this second OfficeJet Pro 8035 that Scan Doctor and HP Smart says there is?

At least I can still print. I don't want to uninstall and try to re-install and find out I can't because the computer and printer aren't communicating. I would like to see what the problem is/could be before I consider trying that.

I understand that you are getting a scanner connection error, I am glad to assist you.

Run the Print and Scan Doctor

Refer to this HP document for further assistance:- Click here

If this helps, please mark the public post as an accepted solution so that it benefits several others.

Hi Sandy, thanks for replying to my problem, I appreciate it. Unfortunately, your suggestions did not work for me.

My WIA was running, so there was no probles there. As I mentioned in my original post, Scan and Print doctor did not help as well. It lists 2 or the same printers. I clicked on each one and hit next. It took a few hours before I got to another screen that again told me I had a Device Manager error. I will admit that it did work one time and this app said it fixed my problem. The next time I turned on the computer, the "fix" was gone. I have tried multiple times after that and have not been able to get beyond the Device Manager Error.

I even went as far as trying to re-install the printer's software, but the computer was not able to locate the printer. Yet, I can still print.

This seems to be a driver issue.

Did you uninstall the old driver from the root level before installing the new driver?

Download and install the printer using the HP Smart app

If this helps, please mark the public post as an accepted solution so that it benefits several others.

Thank you for your driver issue suggestion, I appreciate it. I didn't want to uninstall anything because if I still had a problem with communication between computer and printer and couldn't install the installation software, I wouldn't have able to at least print anything. Since I had already scheduled Geek Squad to come over to look at the problem, I left the problem for him to solve. One of the things he did do, was uninstall and re-install the software. Along with a few other things he did, the problem has been solved. I have my all in one working properly again.

Again, thanks for your suggestions!

Good to know that the issue is resolved.

Feel free to contact us in the future if you need any assistance.