Re: Unable to connect Bluetooth to iPhone

My problem is similar - took a few times to "pair" the iPhone SE to my HP Laptop, but once paired ti still will not transfer anything (not pictures, music, etc)

I had an Android before this, and had no problems with Pairing and Connecting (transfers OK).

I also think my HARDWARE is not being kept up to date - MS Update Catalog has drivers listed that are Newer than what is on the laptop, yet HP is not sending updates.

(btw - this update eliminated my MS Mouse - found drivers were from 2014 -- deleted the Bluetooth, re-scan HW in Device Manager, got the Mouse back --- earlier MS Updates messed with ICS, and Explorer (both had high CPU usage)

Thanks for posting. It is a terrific place to find answers and tips!

I understand you are unable to connect your notebook to iPhone bluetooth.

However, I will need a few details to provide an accurate solution,

Windows is up to date -- HP says "no updates", though as mentioned, MS has newer drivers

I read your quick response. It is great to have you back and your time and efforts are greatly appreciated. As @sandytechy20 is out for the day, I am responding on his behalf.

We need to isolate the issue correctly here.

Please connect a different Bluetooth device such as a Bluetooth mouse or Keyboard and check if it connects correctly.

You could try to pair a Bluetooth speaker also with the computer or even an Android smartphone.

If it connects, then the issue could be with the iPhone and not the computer. Please contact Apple support in this regard. Do let me know if any other device connects correctly to the computer via Bluetooth.

Perform all these steps patiently as it is critical to resolving the issue. Good luck to you. I will keep a watch for your response.

Hope this helps. Let me know how it goes. To simply say thanks, please click the "Thumbs Up" button to give me a Kudos to appreciate my efforts to help. If this helps, please mark this as “Accepted Solution” as it will help several others with the same issue to get it resolved without hassles.

Take care and have a blessed week ahead. 🙂

-- I explained it all in the first post - laptop connects fine with Andriod - the iPhone IS AT FAULT -- UNLESS the problem is that HP has not pushed out updates -- even though I had Support Assistant look for them before posting this. (it said "up to date")

iPhone says "paired" on the PC, and sometimes on the phone -- but won't "connect" - no transfers
other times, pairing with the PC won't work at all

the iPhone DOES 'pair' / connect to my CAR just fine - no problems (the Android did too) (iTunes, Youtube, phone calls all work fine)

(what you don't know is that I have 40 years experience troubleshooting computer systems - just not interactions like this equipment, and updates that have to be found rather than told about - except MS, which sometimes sends updates that break the PC --- gee, thanks Bill Gates)

Though HP says nothing needed, I found these under Broadcom -

that are dated later than my current Broadcom drivers. Seems to me that should not be the case.

SO - are there updates that relate to Bluetooth and iPhone SE ? Have there been similar problems in the past couple years, that maybe I've missed in updates? I have a long list of service packs in a separate folder, so could see if some are missing.

I DO have a BIOS update that I'm not sure is installed - sp76219.exe -- downloaded it last year, but because of problems with a MS update, I didn't install it back then (((as best I remember) -- the Andorid STILL WORKS with the laptop, so would seem that the BIOS is not at fault --

Let's try these 2 steps which should help you fix this problem.

1) On your keyboard, press the Windows logo key

and R at the same time to invoke the Run box. 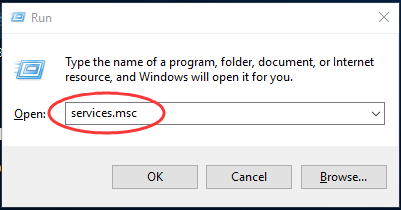 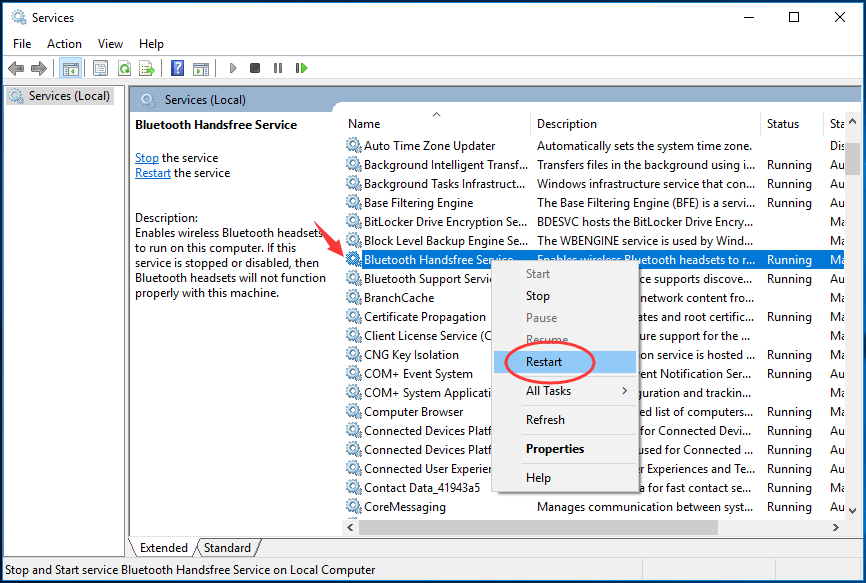 4) Right-click on the Buletooth service again and this time click Properties. 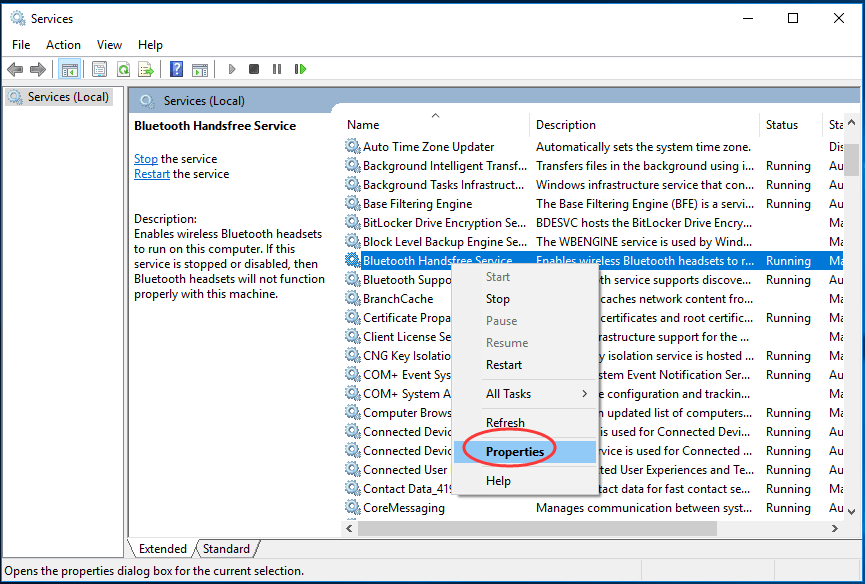 5）Set the Startup type to Automatic. Then click OK. 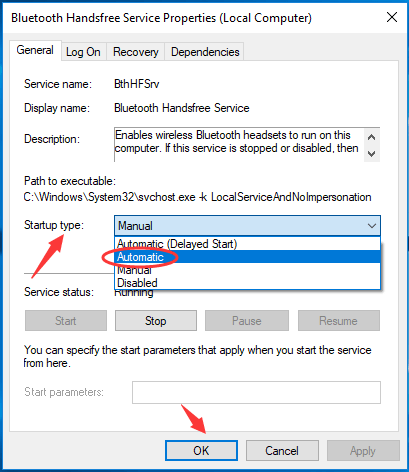 6) Reboot your Windows 10 and use Bluetooth to connect your device with Windows 10 to see if it works.

1) On your keyboard, press the  the Windows logo key

and X at the same time to invoke the quick-access menu. 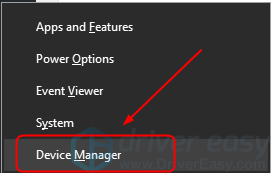 3) Right-click on your Bluetooth device driver in the Bluetooth section and click Uninstall device. 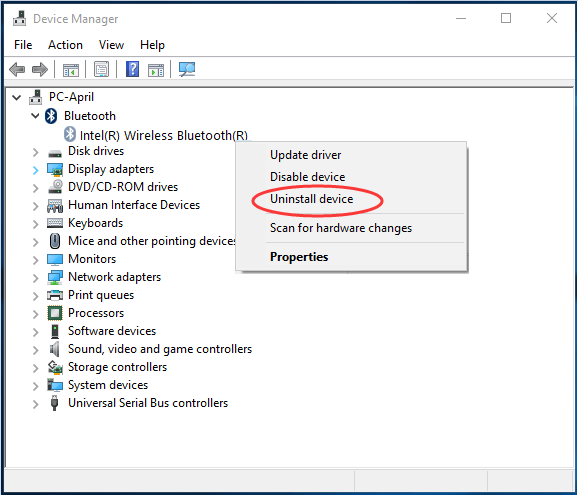 If this helps, please mark my post as an accepted solution so that it benefits several others and please give the same public post a Kudos for my efforts to help.

Take care and have a blessed week ahead.

as you see, I have no HANDSFREE service --- so which should be stopped in WIN10?
SHOULD I HAVE that Service?? is it missing from my Win10 for some reason?

I have already re-started, and had Windows updates, but same problem.

I have ASKED if there are drivers to fix this, but have not gotten a Specific answer. (found out how to include images, so here they are). I will try stopping ALL of the Bth. Services, then delete/uninstall it, and try to get the PC to go to the Internet for a driver.

I was really hoping that, with all the related Model# and other information, someone could say "go to the Broadcom site and get driver dated x/y/zz"

Seems Broadcom does not offer drivers directly to the public.

Telling the PC to go onto the internet for the driver (from Microsoft???) did NOT fix it.

unless you can find a better driver on HP ....

This issue may require one to one interaction with the HP Phone Support.

I suggest that you contact HP Phone Support for further assistance at the link: www.hp.com/contacthp