Your account also allows you to connect with HP support faster, access a personal dashboard to manage all of your devices in one place, view warranty information, case status and more.
Sign in / Create an account
Learn more
Sign in / Create an account / Learn more
The HP Calculator Community Message Board is moving. While we prepare for the move, we are unable to accept new postings. During the move, you can look for help from other users by visiting https://www.hpmuseum.org/ . Or if you need technical support for your calculator visit: HP Calculators. .

I recently purchased the Verizon version of the HP Elite X3 from a Microsoft store, a bundle with the Desk Dock.  I put in my Verizon nano sim and couldn't get it to work so I took it to a Verizon store and they couldn't activate the phone!  They said when they tried to connect to the sim it came up as being in a phone that isn't Verizon compatible... The Verizon employee tried everything he could think of and so have I, including updating to the latest Windows 10 build, and even the insider preview version, and nothing works.  The product number is X9U42UT#ABA and I'm attaching screenshots of my "about" info as well as info from the HP Device Hub app.

Here is the link to the Microsoft Store listing:[edit]

Also I realize on the verizon version even though it's advertised as dual sim the second sim slot in the tray is actually modified to fit a Micro SD card instead, but I put in a 128GB SanDisk Micro SD and the phone doesn't appear to recognize it at all.  It's like the phone doesn't have the right firmware.  Any help you might be able to provide would be much appreciated!  I *really* want to get this phone working if at all possible, I was really excited to have one more new Windows phone while I still can (Lumia Icon is getting pretty old) and despite living near Silicon Valley no providers beside Verizon actually provide half-decent cell coverage here so I feel stuck with them for now.

you are having fun too?

You cant have the  Micro SD Card installed when:

I just realized that last one and I am in the process of flashing my phone for the 6th time, "literally, right now".

read my other post if needed, I cant/dont want to retype it all again here

Make sure Verizon adds VOLTE to your account.  Icon didnt require it.

VoLTE has been discontinued since 2016....says Verizon Tech support.

Take out SD and SIM cards.

-Connect to a wireless network and update the phone as much as possibe, including each individual app through the store (I got some BSOD after updating apps later[after sim card was put in] but a reboot while plugged into any power would help boot and then after a full boot, no issues rebooting after)

-shut off, add your SIM and SD, reboot and you now have the best phone on the market, a Verizon Windows Phone

VoLTE has been discontinued since 2016....says Verizon Tech support.

Bought my phone from Microsoft Nov 17, didnt work.  Verizon added VOLTE to acct in Dec 17.  Phone worked.  Has since.

Thanks Bruce!  I don't see how to add it through my verizon account settings online but I'll swing by a Verizon store tomorrow evening and see if they are able to add it.  For other's sake I'll update whether it worked or not, since the verizon version of the phone was marked down to $299 bundled with the dock it quickly sold out at all Microsoft stores so I imagine a few other new X3 owners are going through the same headache >_<.

Thanks much Adam,
I had already tried Microsoft Device Recovery Tool numerous times with and without any cards in it, and tried a number of combinations of hard reset, normal update, Insider Preview update, and recovery tool update and nothing seems to work.  If the VoLTE suggestion doesn't work I'm sure I'll try flashing/updating again numerous times this weekend, and will make sure to follow your steps exactly at least once.  I have a couple weeks left to return it so I'm going to try everything I can think of before giving up and getting a refund.

Thanks again, will report back! 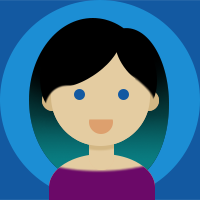 You probably have found the answer already, but for any others who stumble upon this thread, the Verizon model is 2CF73UT#ABA. Only that model has the appropriate CDMA frequencies turned on for Verizon. The X9U42UT#ABA model will work for GSM carriers (like AT&T), but has CDMA band 13 turned off in firmware, so you can't use it with Verizon. The product number is on the box, or you can click on the "HP Device Hub" app and it will give you the Product Number.