Can anyone advice me any product that Hp supports.

on the internet I found one product. from product's web page it says it is for hp z820. But I wanna find official hp brand. (https://www.icydock.com/product/images/mb876sk-b_kit.jpg) 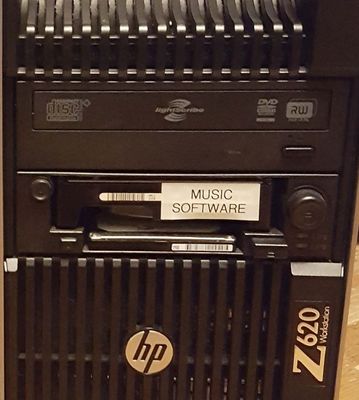 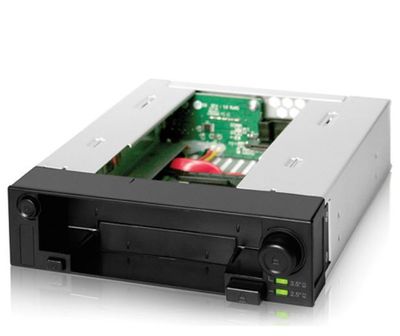 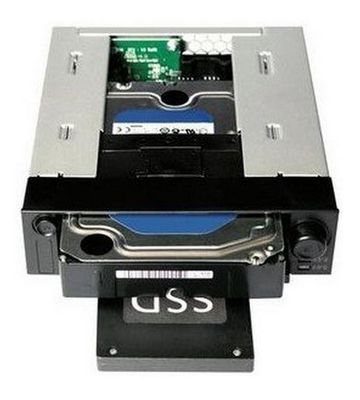 HP does not make a removable  5.25 bay adapter for the z820 so you are limited to the numerous 3rd party solutions

i personally prefer/use the trayless ones the first link is the model i personally use as it's able to support 5.25 and 2.5 drives at the same time and has dual usb 3.0 ports

I have found this from HP store.. I will use this if I can...

I want this to  back up my files in hard drives via sata removable rack..

Thanks for your comments..

The HP QuickSpecs for the DX115 are  HERE , and HP there officially supports its use in the Z420/Z620/Z820/Z440/Z640, and others.  I personally have migrated to use of the passive cooled Icy Dock 3.5" form factor SATA III carrier/receiver system when needed... that only accepts 2.5" HDDs or SSDs, and I've posted methods and pics about the installs here in this forum.  Using SATA III 3.5" large HDDs in the DX115 does have economic advantages, however.

Your chosen DX115  receiver/carrier device is excellent quality, and fits into a 5.25" spare bay.  It is rated to SATA III, and you would certainly want to use a SATA III drive in your carrier to optimize speed of backup.

For the Z420/Z620 workstations, for example, only the two bottom edge front light gray ports are SATA III..... all the others are SATA II.  The Z820 has higher capabilities (EDIT:  but still is limited to only 2 SATA III ports on the motherboard as DGroves explains below).  These Z420/Z620 workstations come from HP with those two having their cables fed to the rear "BlindMate connector" of the bottom and middle 3.5" metal drive bay "drawers" , and generally nowdays use those two for boot drive SATA III SSD and document drive SATA III HDD service, respectively.  The bottom metal bay is bay 0 and the next one up is bay 1, faintly stamped in the metal.  If I was doing your project with the DX115  I'd route its SATA data cable to the motherboard port that is one-in from the front along the motherboard's bottom edge.  That would be SATA III port 1, and I'd leave the boot drive cable (from the bottom metal drive bay 0) attached to SATA III port 0 (at the motherboard's bottom edge far front corner).  Edit:  That, however, leaves your documents drive no remaining free motherboard SATA III port.  See DGrove's solution below.  If you go that route the place to disable the motherboard's LSI chipset is within the security section of BIOS, and by disabling it here the chipset becomes invisible to Device Manager and the operating system.

Good luck on your project.....

i recommend you buy a LSI 9207/9211 and install the "IT" mode, non raid firmware,..  this will give you 4 or 8 SATA III 6GBps ports that can also be bootable, if you go this route disable the onboard LSI controller and it's bios from within the z820 bios