My question is are there any fans/heat sink out there that works with this rig?

I was not able to find a photograph of the exact 705 G3 SFF system.  This has a similar designation:

Some Problems:  The CPU cooling , which relies on front to back air flow, appears to be very restricted.  Also as is typical with small form factor cases, the height of the CPU cooler above the motherboard is also limited, and also, the air flow is ducted through a shroud.  As proprietary desktops also often have special BIOS controls and even different pin outs for the fans, the options to make changes are limited.

For what is the system used? What is the typical CPU temperature under load?

System is use for every day task nothing crazy maybe light gaming but nothing intense.

coretemp app shows it at 70-80 under heavy load which is accompanied by high fan speeds. Normal idle i'd say its high 40s-50s. 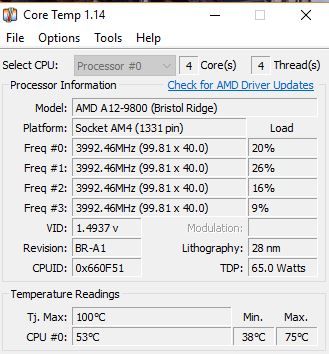 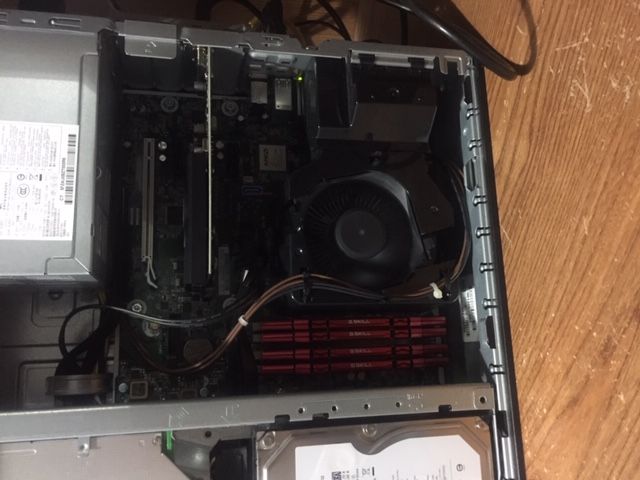 Fan & heatsink look similar to this: 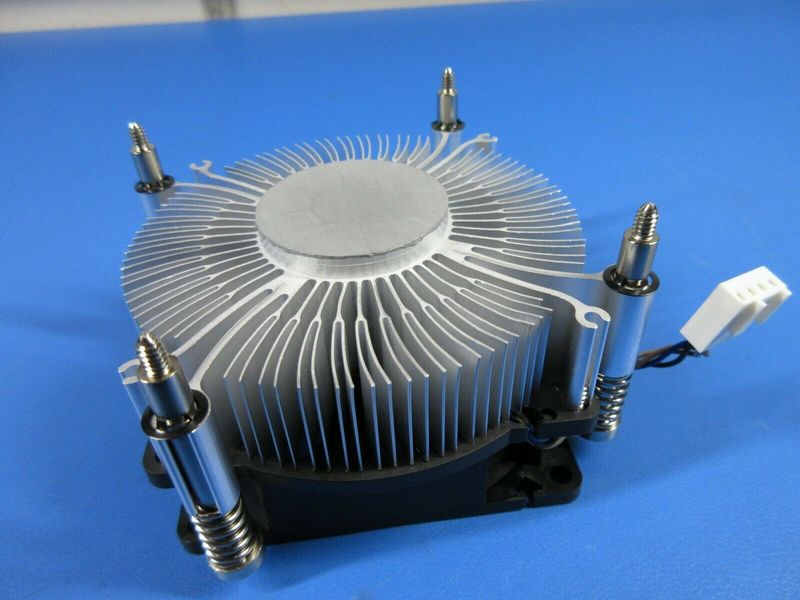 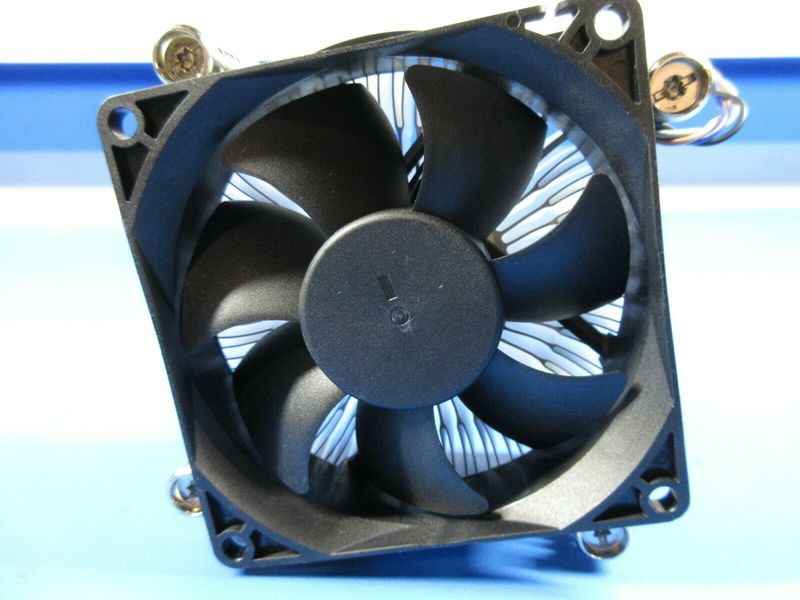 Thank you for the additional information.

Looking at the photos plus a couple of new ones n an image search, the fan/cooler appears to mounted in a quite elaborately shaped, mounting and shroud / duct.  The fan surround has a particular shape that would have to fit without any gaps or overlaps. Without having virtually, dimensioned engineering drawings, I'd say the chances of finding anything off the shelf that would fit  are very low.

> show a maximum temperature of 90C and as it's only 65W heat dissipation I'd say it should run sustained 70+C without problems.  Having integrated graphics though will contribute to the heat  problem.  I'm not seeing obvious places to add another case fan either.  I imagine it could be noisy. if you've added a GPU, that will add to the heat load.

The z420 runs the E5-1650 v2 overclocked on all 6- cores at 4.3GHz and the temperatures with the AIO liquid cooling, the CPU at the moment is 43C.  This was quite inexpensive- the orignal system was $136, CPU was $90, liquid cooler $62, and the GPU was $111.  This is an example of the upgrade potential when the form factor allows a good range of modification.

Hmm thanks, if i were to want to test fit aftermarket coolers what would i look for? Ive already tried a heatsink/fan for a am4 socket and it appears that HP uses their own mounting pattern...

1.  First, if it hasn't been tried, go into BIOS and (if it's similar to the Z420 /z530 BIOS)  in Advanced / Thermal, set the thermal to maximum and see how it affects the temperatures. Running fans at higher RPM at lower temperatures should help.

2.  Also. ensure that the  points of entry into the case for air, the fan, cooler, and shroud are completely clear of dust.

3.  Consider that the system should be safe from damage up to a sustained 70C.

Proprietary systems are always conservative in protecting the components.

4.  If 1., 2., and 3, are not sufficient there is the idea of a new fan. However, I don't believe that the standard fan can be replaced because of the special shroud shape.  However, if there is enough clearance to the case side, it might be possible to mount a second standard case fan of the same diameter on top of the original. How it would be secured,  powered, and controlled would have to worked out looking at the situation. If it's possible, a supplemental fan could add a lot extra air flow through the CPU heatsink.

5. If 4, is necessary, please measure the diameter of the standard fan and how many mm to the inside of the case access? Also where is the current fan connected for power?