I have a HP Thunderbolt 2 card, part number F3F43AT, which is supported for both the Zx20 and Zx40 lines.

On the Zx20 lines, the two 2x4 pin connectors connect to the repurposed USB headers C25 and C26.

On the Zx40 lines, there is a single 2x4 header on the motherboard labeled for Thunderbolt.

My question: Which of the two headers connects to that Thunderbolt connector? OR...is there another cable (which I don't have) which should be in the retail kit and used for the Zx40 computers?

I can't find any HP documentation online that specifies exactly what would come in the retail package (whether there's another cable for the Zx40) or how you're supposed to connect to the Zx40.

Below is the card with the attached motherboard connector cable with the two 2x4 connectors. 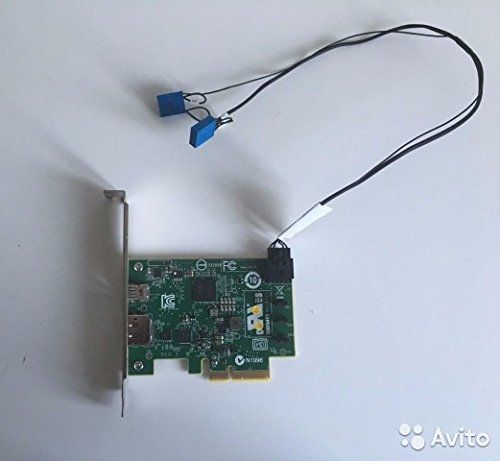 is your current cable the one for the z820?  if so could you provide a pinout of this cable for the forum users also note the HP thunderbolt carrd (F3F43AT) when used in the z820 must use a specific slot (5) and will not work in any other slot