I bought a pair of HP Z Coolers for my HP Z840. These are the vapor chamber coolers with the hex fins, blah, blah, good stuff.

I read the installation manual, but there's no mention about what to do with a 2-wire cable that is screwed to the side of the HP Z Cooler. It terminates in a 3-pin plug, but only pin 1 and 3 are wired and pin 2 is empty. It looks like it's more of a grounding cable than anything else, but the manual doesn't mention it at all. Should I just remove it from the HP Z Coolers? Are they suppose to be plugged in somewhere? The fans for the HP Z840 CPUs are on the fan shroud assembly, so I don't think it has anything to do with cooling... just wanted to check before I did the install.

I wondered that too... here is a picture that might help: 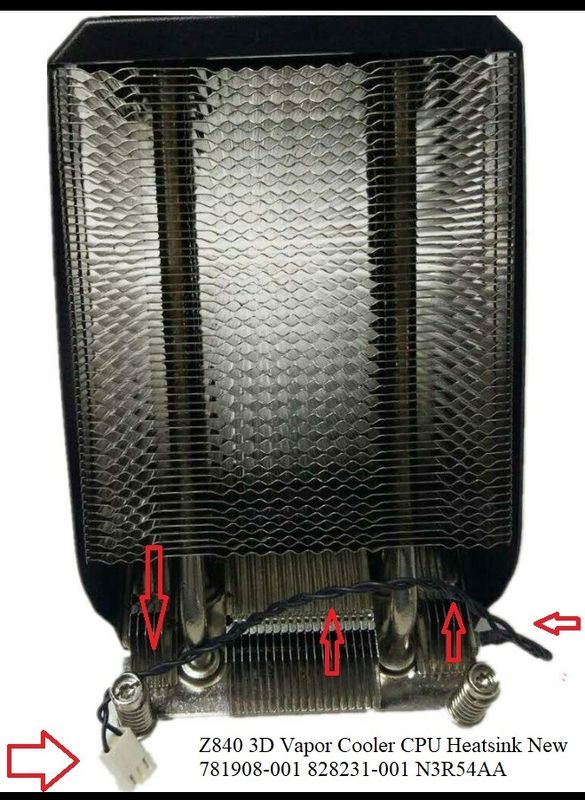 @SDH thanks for posting the photo. YES, THAT IS EXACTLY THE CABLE i'm talking about... no idea what it is for. Looks like a grounding cable, but does that mean the vapor chamber has a tendency to build up static charge? Installation manual makes no mention...

Here is a bit more:  first, a motherboard discovery, and then from the manual: 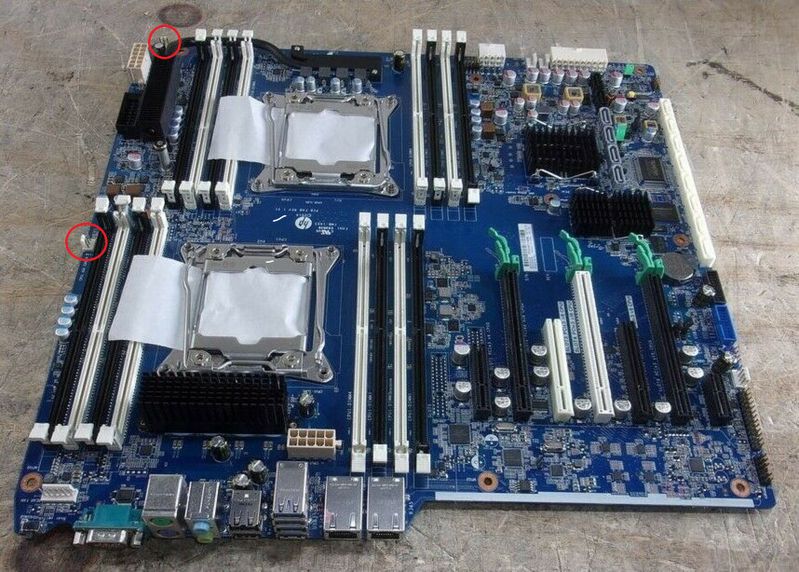 That motherboard is from a Z840, and here are those two motherboard 3-pin headers from the manual.  Makes me wonder if HP snuck a Peltier cooler into the base of those Vapor coolers.... 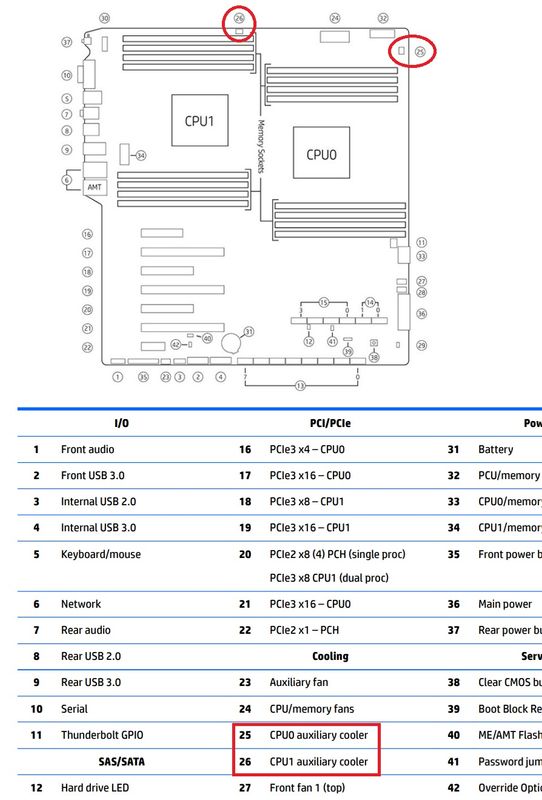 Or, could it be a sensing cable so that motherboard knows that the vapor chamber is installed and adjusts it's cooling profile based on the sensing signal?

And, are we sure I should plug that cable into those headers? I mean, the 2 pins on the cable are basically shorted together... I would hate to short the motherboard by trying it out...

The picture below proves those two wires are both bonded-together ground wires, and have nothing to do with an active Peltier cooler.

If each white plug end was not attached to its 3-pin header on the motherboard the workstation would have no idea that a Vapor cooler was attached.  It would see no extra grounds and thus assume only the common stock ("Mainstream") cooler was attached.  I would attach those to the 3-pin headers without hesitation... that will trigger use of the special cooling profile that HP designed into the motherboard's firmware that is appropriate to use with this advanced cooler.  I'd bet you end up with a quieter workstation as a result.

You are right.... it is the way the motherboard senses presence of the Vapor cooler(s) in the Z840. 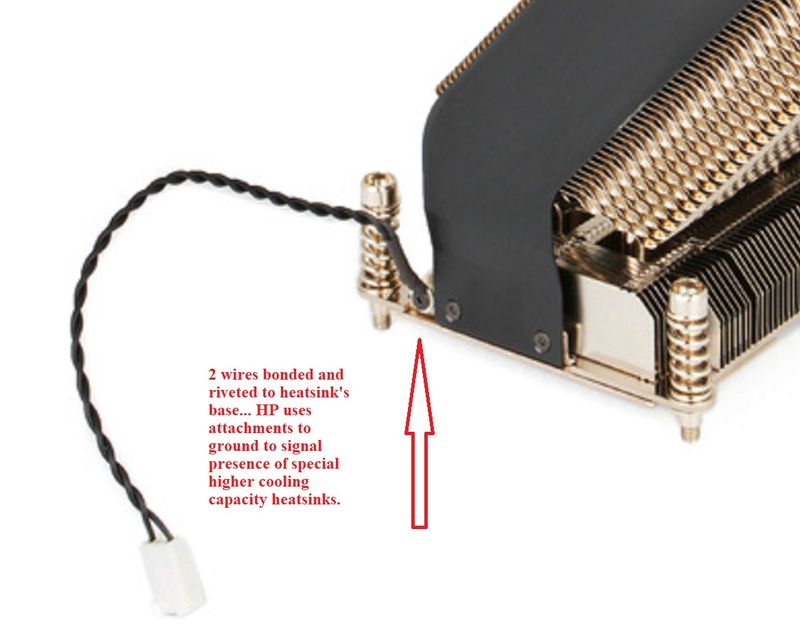