What GPU's are compatible with my system?

there are adapters to convert the HP power supply to a std ATX supply if you buy one of these adapters and a 650 watt atx supply, you can then run just about any video card that draws up to 230 watts

skip the no name 700 watt units for 40.00, as they are not well built and can actually be a fire hazard in some cases

But any of these adaptors will work? Because ive seen in some videos that some of them had to be modified to work properly with the system, those were HP Elite 8000 and beyond btw

second, your statement:  But any of these adaptors will work?

how the heck would i know? the adapter i mentioned explicitly  states for the 83000 elite and since i own a 6300 pro and a 8300 elite i personally know the power supplies interchange and as such if a ATX converter works on a 8300 elite power supply it will also work on a 63000 pro power supply BECAUSE BOTH SYSTEMS ARE USING THE EXACT SAME POWER SUPPLY

In the Passmark PerformanceTest baselines, there are 26X HP Compaq 6200 Pro Microtower systems tested and the top five GPU 3D scores  are:

The GTX 750 Ti is both compact and does not an need additional power connection, so there that would be quite good performance plug and play.

Looking at the 6200 Microtower case interior: 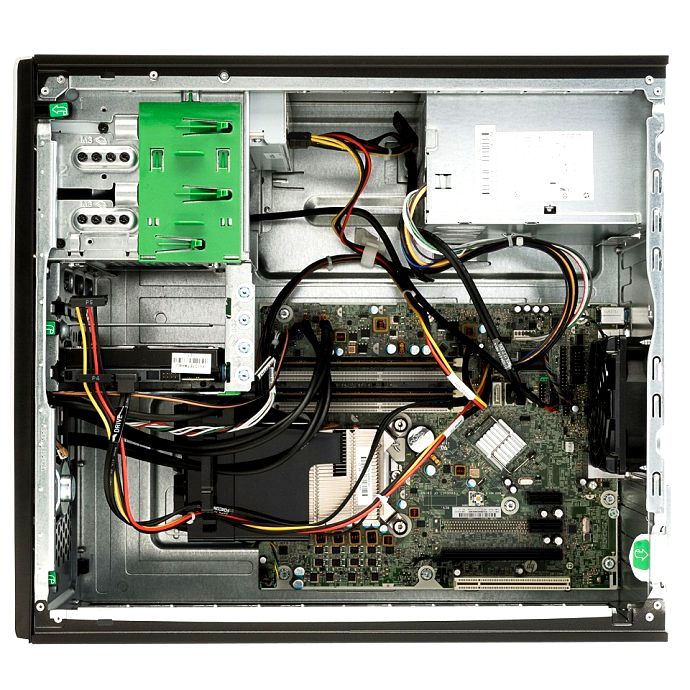 There  does seem to be space for a larger, higher performance GPU, for example the GTX 1050 Ti.  In general, the more modern the card, the better the performance for the same power.  The GTX 1050 Ti is also rated at 75W, and therefore does not require an additional power connector.

It's a very satisfying project to upgrade older systems. A current project based on a free system and, as far as possible, whatever components were already around: