I own HP Z820 which has the boot block date 12/28/2011 so not possible to upgrade to v2 technology (without replacing the MB). Recently I've bought a HP DL360p G8 server that I also wanted to upgrade to use E5-2600v2 CPUs. Flashed the latest firmware and nothing - the same problem like with Z820 - boot block date unchanged and Ivy bridge not working. So I dug a little and found this:

I flashed the server using this ISO:
https://downloads.hpe.com/pub/softlib2/software1/cd/p355461430/v96920/hp-ivb_update-1.80-2.iso
and it's working! Boot block date changed to 03/05/2013 and the server is running E5-2695 v2 now. Since same ISO is used to upgrade few different BL, DL, SL and ML servers maybe it can be also used to flash Z820? I'm unfortunately not skilled to look into this ISO but maybe some of you is or someone will risk and just try to run it on Z workstation.

and again,...... not going to happen.... the z820 uses a checksumed bios, and changes/mods to the bios image will cause the checksum to change and this incorrect checksum will then be rejected by the current bios, and no actual update will take place

the same holds true for the posters ml360 g8 server, which also uses a checksumed bios, but in this case HPE released a offical  update that includes the required (correct) checksum for this specific case IE-the gen 8 server

You guys need to check the thread at https://h30434.www3.hp.com/t5/Desktops-Archive-Read-Only/z820-e5-2600-v2-ivy-bridge-upgrade/td-p/508.... THis thread had been locked and archived since 2016 but for some reason was recently unlocked and poster SCOOBIS  used the information in the thread to to hardware reprogram the flash with a new bootblock just like I did back in 2016.

Unfortunately, as SCOOBIS finished doing his Z820 successfully a coupe days ago, HP locked the thread once again. I guess they do not want the information dissiminated too far in the community.

DGroves, your information on checksums is based on both old bios functionality and some bad assumptions.

I've been looking at bios's for some other reasons,, and its worth looking at some of the bios tools out there specifically for AMI Bios's to get an idea on how they're put together.

this has become popular for those wanting to modify their bios to add UEFI booting of their nvme drive..

In any event,  the important thing here is that sections of the bios are checksummed.  a bios is broken down into functional sections, reserved spaces for various code and data.  since the area that is being replaced has its own checksum, then, it works. the checksums are not for the entirety of the bios.

In addition, the bios, as sent out by hp is not written in its entirety during a flash.  there are areas of the bios that have unique information about your computer, and areas that are not updated for unknown reasons like the bootblock on the Z820.

the same bin file was used to both update the bios before i flashed the bootblock through the standard procedures, and, as the source of the new bootblock that was flashed directly to the chip via a programmer.

so yea I am proof it works.  All the details are in the thread SalSimp posted above.

I can go into more detail if you like as to why this works and is not a problem. bu a good start is looking at some of the bios tools that let you see the sections of the bios ... here is the funny thing... using the tools i found that the bios, from hp actually contains a bad checksum on one of the sections. so they don't actually check all the checksums in the bios  .. go figure.

I'm gonna get back to benchmarking my new boot drive ... the inland nvme premium  drive on the z820 (another thing that's not supposed to work)   🙂

would have opted for an evo 970 if i know id get it going this quick.. ah well.

Sorry to have to revive this thread again, but I guess the combination of so many Z820s and 12-core Intel CPUs being available at reasonable prices mean people like me can now afford to build what would have been a mortgage crushing workstation 8 years ago for something a little more reasonable and STILL get great performance out of our units.

The problem I discovered is the (largely undocumented) Boot Block from Hell "feature".

I'm keen to try the Boot Block update but don't feel there's enough detail documented anywhere to attempt it with any confidence - it's not that I'm not technical, more that the stuff I've read tends to assume a degree of familiarity with certain tools that aren't in my day-to-day toolkit and I'm somewhat time-poor at the moment to embark on a science project.

Did anyone ever put a little more structure around the approach? I am happy to host the content somewhere else if that helps.

Final question -  did anyone ever uncover a way of doing it without having to desolder - desoldering SMT chips gives me the chills! Someone somewhere mentioned supplying 3.3V to the board as a way to allow the programmer to have at it - is there a reason it couldn't be programmed in a powered up state? After all the primary BIOS is generally flashed while the machine is at nominal power.

Hello there, I would also be interested in more information about the 'boot block date update' of the hp z820. My z820 has a Rev 1.00 motherboard and I would like to udate on v2 Xeons.

... maybe the specialists here, who successfully carried out the update, can give us some more information about it. 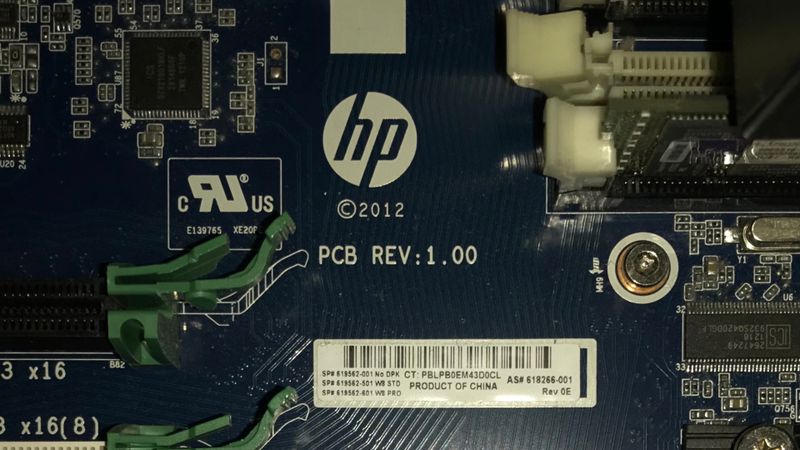 regarding the bios,  you can not flash a v2 bootblock (or any bios that has been modded) due to hp protecting the bios on their workstation systems.

second the bios format is not a known type, and as such no current bios tool is able to extract and then reassemble the HP bios format.

using a eprom programer and a hex editor while possible, is not a beginner's task

HP changed the motherboard slightly for the v2 motherboards, if you try to install a v2 cpu on a v1 board the cpu may or may not work depending on the existing tolerances of the current v1 motherboard and trying two cpu's on a v1 board will most likely not work

note that the motherboard PCB revision number is not a indicator of a board with a newer chip,  the bios date of "03/062013  or later is a v2 board

you might want to read this thread for more details

Thank you very much for this information, so also for me it seems too complicated to reprogram the Bootblock Date.

I just saw this YouTube video https://www.youtube.com/watch?v=KNy-_ZzMnG0. It is not about flashing an HP Z820 but much of what is shown is similar to that @Scoobis and I  did to upgrade V1 boards to V2. In the video, a Raspberry Pi is used to run Flashrom (a Linux utility package) . I used Flashrom and a BusPirate also but on a PC running Linux. Scoobis did his using a raspberry Pi!

What the video does do is to demonstrate this is not an easy hardware procedure and should only be attempted if you have some reasonable hardware and software knowledge. But the basics are there to get you started. 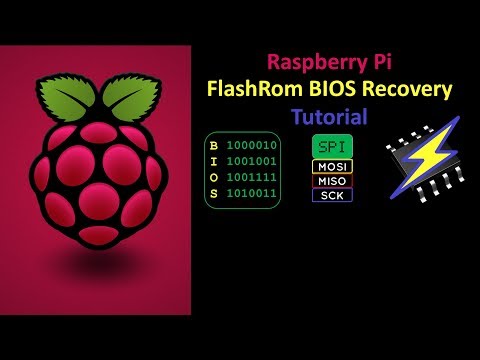 Recover Bricked BIOS using FlashRom on a Raspberry Pi
youtube.com/watch?v=KNy-_ZzMnG0
This tutorial demonstrates repairing a PC that was bricked by a failed BIOS upgrade using FlashRom on a Raspberry Pi to program the new firmware directly onto the motherboard's serial flash chip. Complete notes, schematics and more are available on my website: ...
Was this reply helpful? Yes No

Referencing the post above with the YouTube video, the Z820 also has an SPI header along the lower right hand edge. I tried using that rather than removing the chip but it did not work for me.

If you run Flashrom, as I did, in the Z820 to be upgraded using the Linux based SystemRescueCD live CD (http://www.system-rescue-cd.org/) you can read and save the BIOS contents. It is this read BIOS information that you will use to write back to the board once you have substituted the Boot Block with one that allows the V2 to boot (need a binary editor to do the substitution). Once you have the modified  BIOS, save it on a USB drive, remove the board from the Z820 and pretty much follow the steps in the video.

The key is that you will be writing back the BIOS that the board had but with the substituted Boot Block. This keeps all the other important information in the BIOS intact. It has been done and works contrary to that in a prior post here. 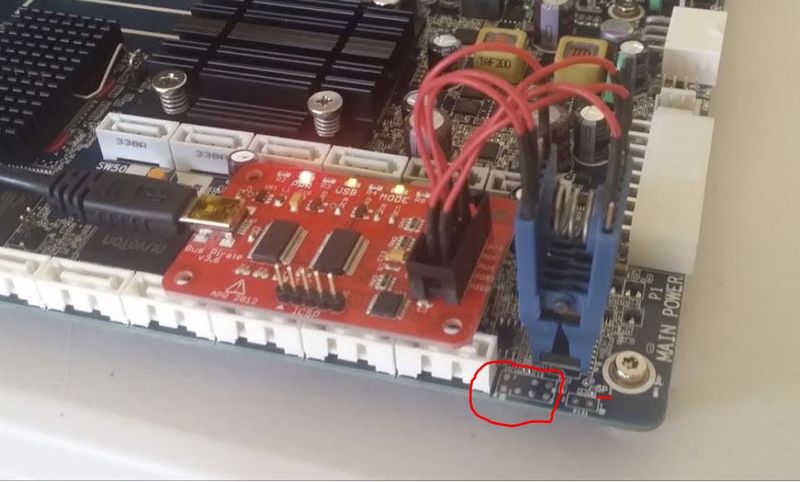