Hello Everyone, First time poster here. Been reading a lot on the forums trying to get my z600 and z620 working for my home lab.

When I install the memory and boot, I get the 5 beep memory error. I can't boot one chip or all chips inserted. I was looking at the green gamer post and some of the other posts and see that the SP# for the v1 is listed as 461439-001 (which is what this board is). But if you look at the Boot Block Date, I have 1/07/10 listed... so I'm a bit confused? With the memory error and the SP# on the board itself, it appears this is a v1 z600? Any help here would be appreciate. 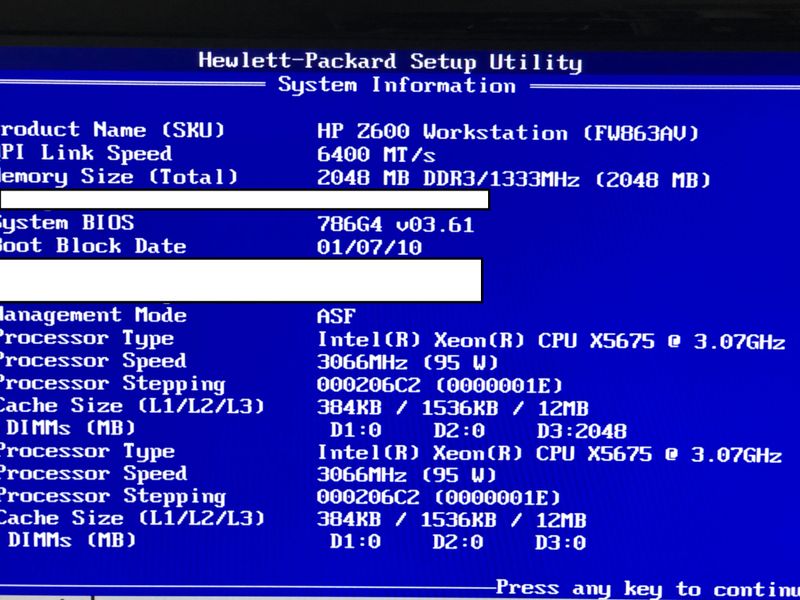 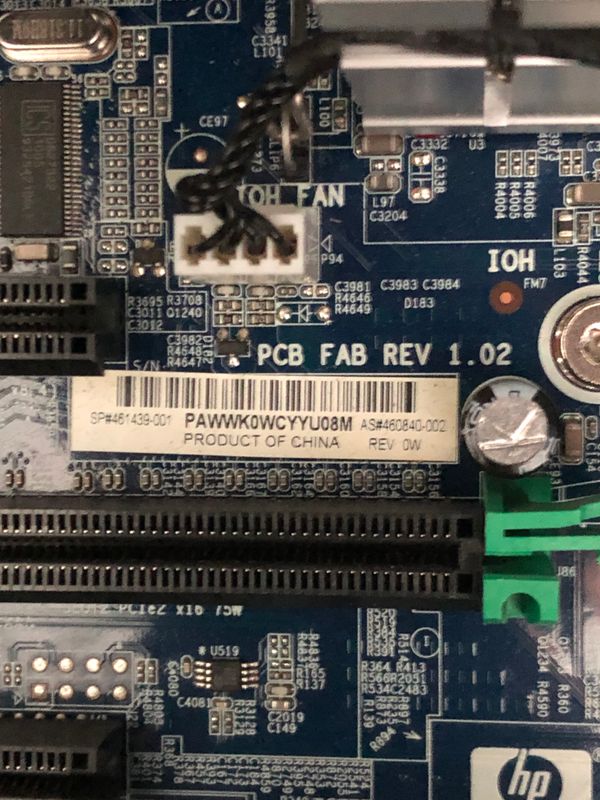 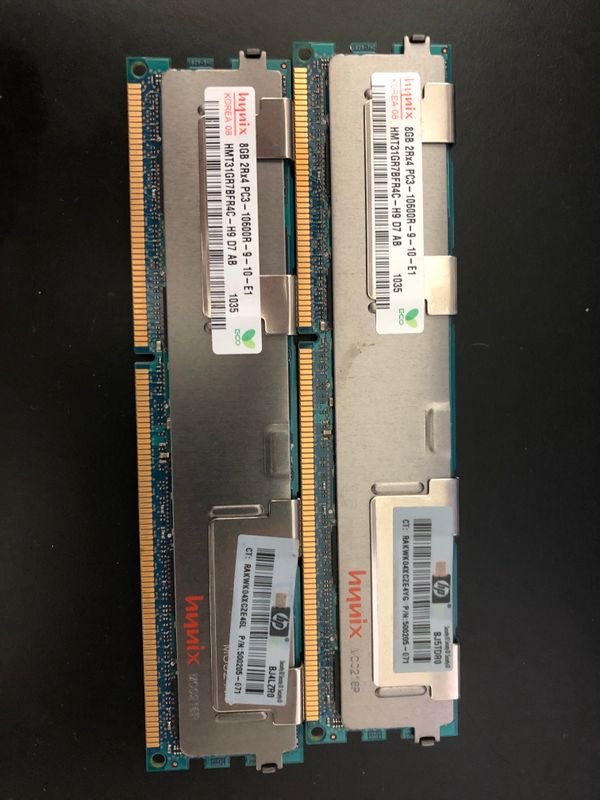 HERE is a link for you.... that number on the left in the bar code label is not the one you want to be looking at.  It is the one on the right, and you'd want one that ends in -003 instead of -002.  The Rev. 0W alphanumeric also points to a version 1 motherboard, as described  HERE .

I, however, have never seen a Z600 motherboard where it had a 2010 boot block date and ended up truly being a version 1 motherboard.  Your BIOS pic seems to show that case... odd.

Thank you so much for the reply.Of course with my luck I purchased the rare Gen 1 Gen 2 looking z600. That darn rain cloud following me around doesn't appear to go away.

I may have driven up the price of the -003 boards by posting here how to ensure one gets a Z600 v2.  Sorry about that... I'm seeing eBay prices I don't remember being the case earlier.  That workstation is still great, and I'd just be patient and watch for the right one.  Even our favorite HP engineer here, Dan_in_WGBU never hinted at this very rare issue when he was giving us inside info straight from HP.

A motherboard transplant is actually quite easy on these... tape up and out the cable sets in the order you release them from the original motherboard and they go right back in the same way.  A very nice video card well balanced for this is the Quadro K2000, or better yet the K2200.  If you upgrade let me know via PM and I'll send you that memory info.

No worries. I'm totally invested at this point to get this stupid thing working. I just picked up a HP 460840-003 board for $62 from aa2zsupply.com including free shipping. I might as well go ahead and grab the USB 3.0 stuff and do the USB boot loader with the NVME for the OS drive like the other post (I've got the link bookmarked).

Thanks for your assistance.

That is a good price... congrats on that.

On the USB3 HP card... there are two types and you need the one HP made with the same Texas Instruments chipset they later used in the ZX20 workstation family motherboards.  I have a post in the forum all about how to do this, so let me know if you can't find it.

Regarding use of NVMe M.2 SSD in a Z600...  (EDIT:  see DGroves post below, and I think he meant to write Z600 instead of Z620 at the top regarding need for the 2015 version.  The Z800, Z600, and Z400 version 2 workstations all use triple channel memory.  I have not worked with REFIND/DUET.)   I think you are referring to doing that in a Z620.  DGroves here has posted that you can do that boot loader trick in the Z620 because it has UEFI built into its BIOS.  The earlier Z600 generation does not, so that can't work (to my knowledge).  I did figure out how to get a Kingston HyperX Predator PCIe card/M.2 card combo to work in the Z400/Z600 and it is posted in the forum here.  It took a fair amount of work and was fiddly, but stable when finished.  They don't make those any more.

A 600GB non-HP Intel 320 series SATA II SSD (used off eBay, quick-type formatted if it came Raw, Firmware updated with Intel Toolbox, DBAN run for low level reformat, and then MBR partitioned and long-type NTFS formatted) turned out to be the best solution for us, plus the latest Intel Toolbox utility.  Then, add in another SSD (or HDD) as your documents drive if you really need it and that combo is very fast.  I do the dual processor upgrade to the fastest 2 quad cores HP certified for it, also.  That all feels nearly as fast as my best Z620 builds, surprisingly.  Admittedly I have not mastered Z620 overclocking like Brian and Bambi here, but that Z600 v2 can be really nice when done right.

the z820 has also booted from a apple gen 4 128GB SSD, the z800 would not for some reason when i have more time i'll revisit

besides the HP usb card silverstone makes a usb 3.1 (gen 2) card that xfers at 10mbps however the card only has 2 front panel ports via a the stg 19pin header so unless you really need the speed SHD's setup is cheaper