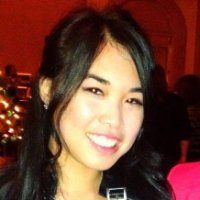 I don't know about the rest of you, but I'm still reeling from the excitement of last week's HP Experts Meetup in Seattle.  Following the fantastic Meetups of the French community in Grenoble and the Chinese and Korean communities in Beijing earlier this spring, the English community descended upon Seattle for our own adventure, and boy, does this crew know how to have a good time!

Last week, HP hosted members of our HP Experts family in the lovely city of Seattle.  These technical rockstars volunteer their time to help out folks on the HP Support Forum, so, of course, we want to recognize and celebrate them.  And what better way than by bringing them all together in person?!

During the three day event, Experts had the opportunity to hear from a variety of speakers, including HP leadership, Microsoft support engineers, CEO of Unikrn Rahul Sood, and no less than ten HP support engineers behind the HP products that our Experts support and know so well. Topics included the history of HP ink as well as HP motherboard and systemboard best practices.  Our team also got to pick our Experts' brains on what they like about the HP Support Forum and the HP Expert Program as well as what we can improve on during our Community Focus Session.  We received a lot of very valuable feedback (thanks, Experts!).

Experts got to get up close and personal with the latest and greatest in HP products during our Product Showcase.  We got to hear all about the newest HP products from none other than the very folks who support and are behind these products.  Some of these goodies aren't even on the market yet!  Included on the roster were the new HP Omen, HP Envy x360, HP Zbook, HP Elite x3, HP Wearables including the Titan Juxt, Movado Bold Motion, and Isaac Mizrahi Smartwatch, and even the HP Spectre, the world's thinnest laptop!

We had a very special surprise guest join us – Rahul Sood, founder of VoodooPC, which HP acquired in 2006, and most recently, co-founder of Unikrn.  Since the HP acquisition, Rahul has been on an interesting journey, going from CTO of HP's Global Gaming Unit, to later joining Microsoft as their "GM For System Experience", among other ventures, before co-founding Unikrn, an eSports betting service where he is also currently CEO.  He walked us through his fascinating history as well as shared his thoughts on the future of gaming.

Very excited to have special surprise guest @rahulsood chat with us about his journey in gaming. #HPMeetup16 pic.twitter.com/BOP8IFH67C

Outside of the conference hall, we took a field trip to Microsoft's headquarters in Redmond, Washington.  Their palatial campus, akin to a small city, is just half an hour outside of Seattle.  Experts enjoyed time in the Microsoft Visitor Center as well as employee pricing in the Microsoft store (thank you for hooking us up, Microsoft!).  One of my favorite parts of the campus visit?  It's going to have to be the food court, especially the gelataria.  What can I say – I like to eat

The physical campus aside, the real pièce de résistance of the Microsoft visit was a Redstone presentation from Charles Erwin!  This long time Microsoft Principal Supportability Manager was such a hit at the 2015 HP Experts Global Meetup, presenting on the then-newly released Windows 10, that we had to have him back for another Meetup.  This time, Charles Erwin dived into Redstone, the upcoming Windows 10 update, and an enthusiastic crowd asked a lot of great questions.

Needless to say, we had a good time at Microsoft.

Some of us may have had a better time than others...

We started off with a Welcome Reception at Sazerac.

Followed by some free time around Pike Place Market.

We had a tasty last meal together at Capital Grille.

Then we sent everyone home with a few parting gifts.

Which, by the looks of it, everyone enjoyed!

Of note were these custom printed Coca Cola bottles.  Coca Cola's "Share a Coke" campaign uses the technology of the HP Indigo Digital Press to custom print labels for each bottle, so every Expert received a Coke bottle with their HP Support Forum screen names printed on them!

Another noteworthy gift were the Miir water bottles.  Miir is an HP partner and every water bottle that we purchase from them helps one person get clean water.

Then it was officially goodbye... For now 🙂

Thank you to everyone for a fantastic Meetup!  We're glad that you all had a good time and enjoyed the content, goodies, and each other's company.  You are an amazing community to be part of it and it was a pleasure to host you.

Next stop?  Barcelona for our Spanish community!

If anyone has any questions or is interested in being a part of the HP Experts Program and this awesome community, please feel free to PM me  🙂