To whom it may concern,

After a few months of using my 1400€ HP Folio Spectre, I experienced a leather case issue (edges and trackpad) are “peeling off”, even though the product was advertised as endurable and of great quality. However, the reality is unfortunately different. Since it’s a higher price range computer, I believe this is simply not acceptable.

My warranty is still valid till December 12th 2020, but I’m afraid I won’t be able to use it, since the official HP service in Slovenia, Europe is not responding. I noticed them more than 4 months ago regarding the issue.

I received an answer from the official HP service, stating that the issue is caused by inappropriate use/care, which is (according to so many complaints from users of the same model) hard to accept. (Please see attached screenshot from HP service).

Can someone please explain to me the “double standards” for customers in the US and Europe? Looks like the same issue in the US is considered a manufacturer’s issue, whereas in Europe the same thing is called misuse.

As noticed on HP's support website, even if the cover is replaced, the issue will reoccur. Hence, I don’t see this as a problem “solved”, hence I suggested a replacement for a compatible laptop that is not covered in leather. However, I haven't even received a response.

As much as I’m concerned, if a product has a defect, it's the manufacturer's responsibility and duty to “call-in “ all the defective products and replace or refund.

Any feedback and help would be appreciated. 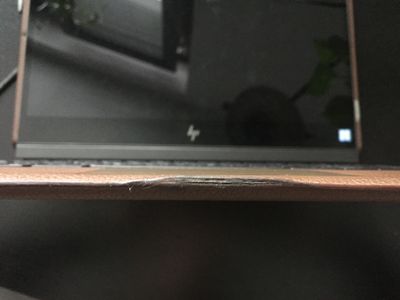 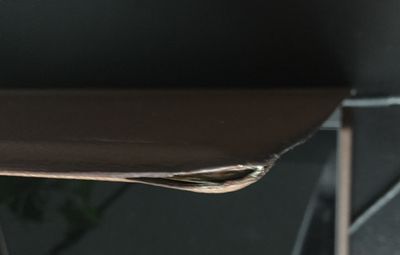 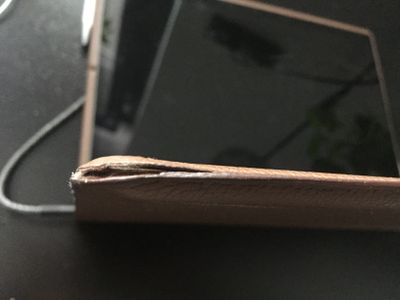 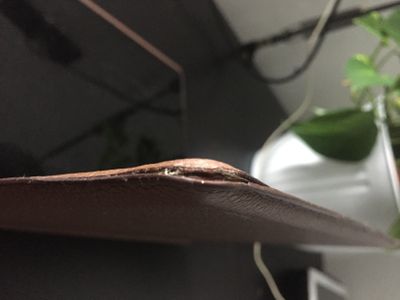 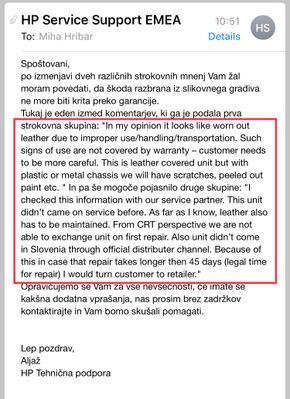