I own a ProOne 400 G3 All in One, and an Blue Screen Of Death displays right after Windows boots to the login screen.

I managed to figure out that the BSOD does not happen when the ethernet cable is unplugged. It also only happens when the computer is disconnected from the wall outlet for a few minutes or more.

If the computer has been off the wall outlet for a few minutes, and the network cable is plugged in, the BSOD shows every time Windows boots.

If the computer is connected to the wall outlet (or reboots), and the network cable is plugged in, Windows boots just fine.

I already tried several solutions but none worked:

Might be a conflict with a new Windows update? Need a new BIOS update from HP?

I am running Windows OS on a brand new Samsung SSD NVMe EVO 970 Plus, could that be causing a conflict on the mobo? 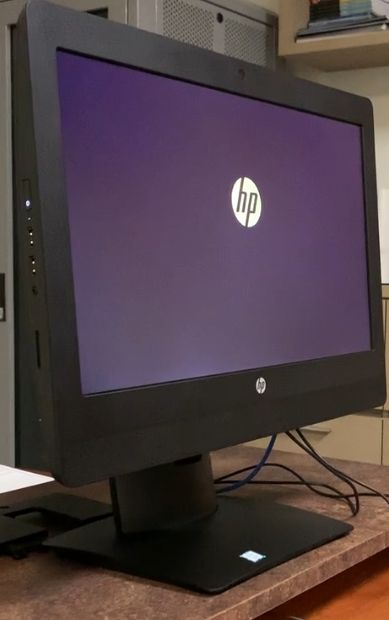 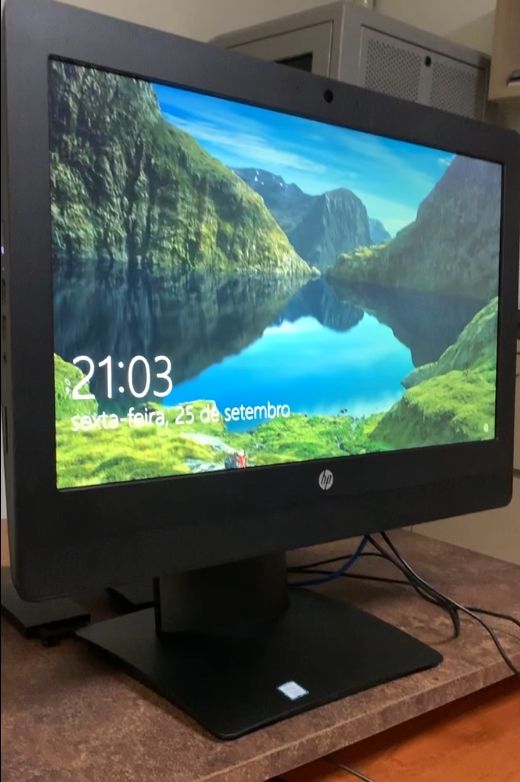 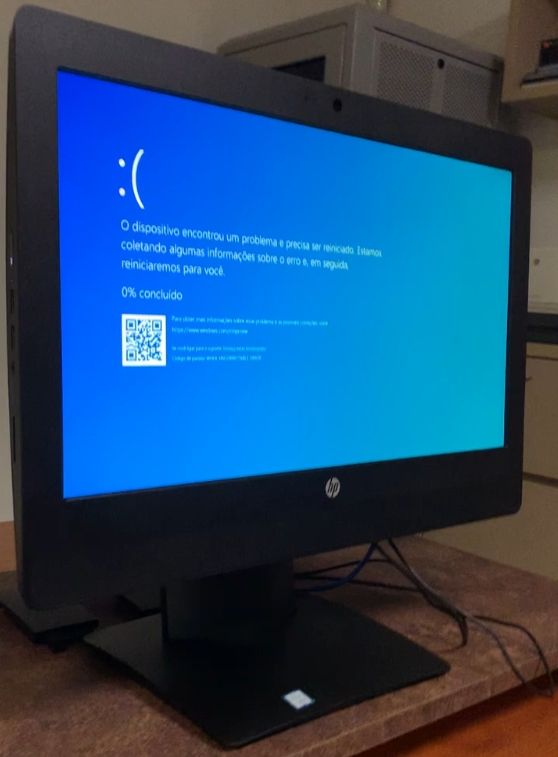 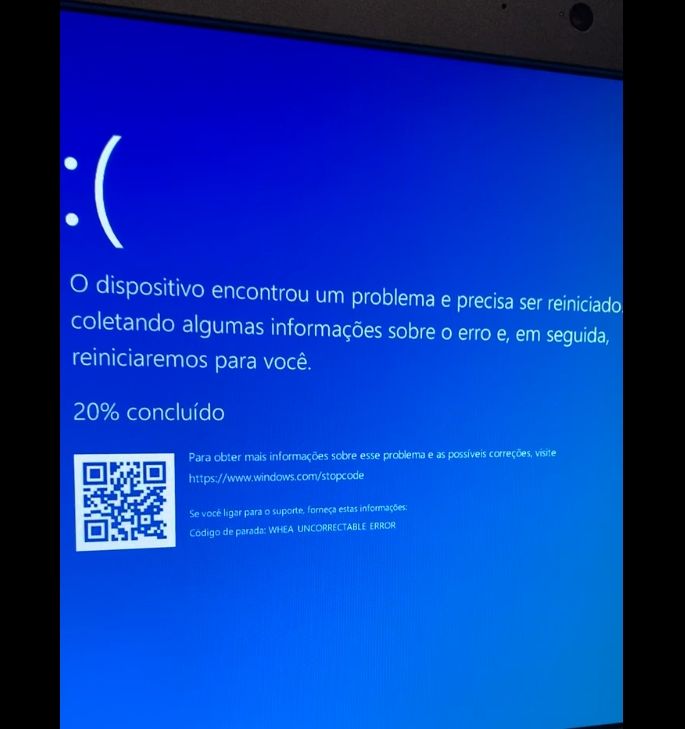 Thanks a lot for the help!

Update:  after trying different settings, re-installing drivers, uninstalling lots of software, etc. I managed to get rid of the problem by rolling back to the first BIOS file, dated 2017. Now I will try to update one by one and test which BIOS update started this conflict.

Definitely a BIOS setting gone wrong. Hope HP's support will see this and release a new one with the solution! 🙂

Thank you for your help and time!

Portuguese is not a language I read, but I've seen that screen in English often enough guess that it's saying that Windows has encountered an error and is collecting information.  Down at the bottom, it references WHEA Uncorrectable error.

I see you updated the ethernet driver -- which is what I would have recommended.

As to Windows Update, the reset should have set you back quite a while, so unless you then did a bunch of Windows Updates, you should not have run into the recent update that caused this problem.

My guess, since this only happens when running off battery, is that the battery charge is down to a level where that presents problems.

You can check the battery to some extent using Powershell built into Windows 10. as follows:
1) Press Windows key + X
2) Click Powershell in the menu
3) Type powercfg /batteryreport

Also note the figure alongside the "Cycle Count". This tells how many times the battery has been fully recharged. A typical battery can handle around 500 charge cycles, but some will fail sooner than that.

WAWood, thank you for your answer and effort on the portuguese, it is exactly what you read: "WHEA Uncorrectable Error"

I am running the latest BIOS update that you mentioned, Windows 10 Pro is running with all the latest updates as well.

Regarding the battery check using Powershell, this is an All-in-One with no batteries, only AC cord, so the Powershell returned nothing, unfortunately.

The problem still happening: At the end of the day, I turn off the PC and unplug the AC cord from the wall outlet. The next day, I plug it and turn on the PC. That's when this problem happens, if the ethernet cable is plugged. If it is not, the computer boots just fine...

If you have any other ideas, please help me. I am no PC expert but I'll try!

I went to the Windows Event Logger and the Memory.dmp file created said that the WHEA error was due to pshed.dll and ntoskrnl.exe

Still don't know how they relate to the ethernet adapter/driver...

Update:  after trying different settings, re-installing drivers, uninstalling lots of software, etc. I managed to get rid of the problem by rolling back to the first BIOS file, dated 2017. Now I will try to update one by one and test which BIOS update started this conflict.

Definitely a BIOS setting gone wrong. Hope HP's support will see this and release a new one with the solution! 🙂

Thank you for your help and time! 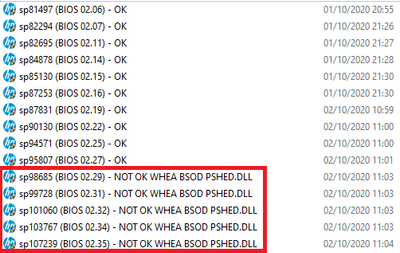 BlueScreenView app shows that the issue was caused by PSHED.DLL

Hope this helps HP team to work on the next BIOS update and fix this annoying issue.