While looking through the BIOS, I saw: 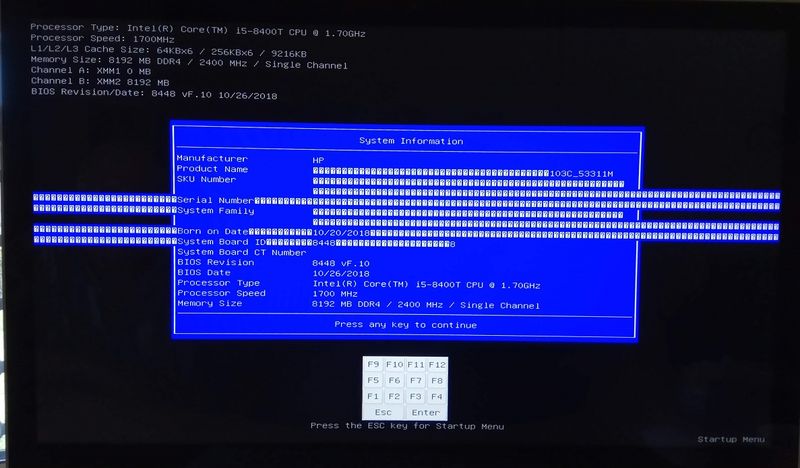 Makes me believe the BIOS is corrupt.

However, it appears that "HP PC Hardware Diagnostics UEFI" is used to update BIOS (which freezes!).

Any suggestions will be gratefully received.

I "chatted" to an excellent service representative, & after some troubleshooting, the problem was determined to be a system board fault.

OK, I created the USB flash drive with the new BIOS (F.16 Rev.A).  From the HP Support site, I had tried:

but nothing happened.  However, I just recently read this (on the HP Support site):

NOTE: If the key presses do not work, press and release the Power button, and then immediately, press the Windows and B keys at the same time, repeatedly, until the computer beeps or opens the BIOS update screen.

This actually worked!  Unfortunately, on rebooting, Windows 10 failed with the same failure code.

Looking at the BIOS again, I observed:

It's the new BIOS (F.16), but it still looks corrupted! ☹️  And the system is still exhibiting the same symptoms (the "HP PC Hardware Diagnostics UEFI" still freezes on "Initializing Diagnostics").

I "chatted" to an excellent service representative, & after some troubleshooting, the problem was determined to be a system board fault.