The problem is that its a new video card was not used and from I have seen trying to do this upgrade that others that have also attempted this upgrade on this model have also had the same issue but no thread ever shows a solution just possible fixes. I just don't understand why HP would provide possible upgrade and it not work.

i had no issues with finding documentation or bios for this model perhaps you were not aware this model only shipped with windows 7 or 8.x not windows 10, as such any bios updates will be under those OS's your motherboard should be a

since this appears to be a older system it may not have a UEFI enabled bios, if so you can only run "LEGACY" video cards which will work on a non UEFI system the problem is that most legacy bios's have a bug that prevents the computer bios from detecting a UEFI video card and switching to LEGACY mode, HP did use a MXM video card slot in some models and if so your system will have a MXM version: 3.0, type A video slot (35 watt max)

also note that systems that shipped with win 8.x already had the latest bios installed by HP, which is why a bios update is only found under the win 7 updates

- Resolves network issue when booting from a non-Windows PXE server.

I'll verify what BIOS versión I have and if it's older I'll give this a shot. Thanks I'll provide an update

Those drivers are for

I have a touchsmart 600-1120 they have different motherboard.

and yes, hence my answer
I had been redirected to this page, and there is not the same motherboard model shown!

this might help it's a link for a HP touchsmart 600-1120 branded video card, this card may use a specific HP VBios that differs from other branded cards

also, the link i provided is for the "GENERIC" version of this model HP sells this model in numerous regional configurations

all appear to use the same motherboard 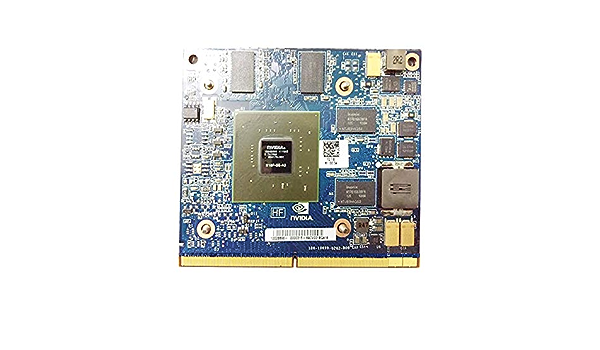 Graphics Video Card for HP TouchSmart 600 600-1050 1350 1055 1155 1120 Desktop PC Computer, NVIDIA GeForce GT 230M GDDR3 1GB, MXM VGA Board GPU Rep...
amazon.com/Graphics-TouchSmart-600-1050-Compute...
Video card only, without any accessories such as: heatsink or driver disc. Professional skill is required to install the graphics card. Please take it to repair shop nearby if you don't know how to do it. We don't provide installation tutorial. If you are uncertain about the compatibility, pleas...
Was this reply helpful? Yes No

For the first, it is not at all the same motherboard again

But, I didn't actually ask Where does the graphics card come from, some are new? is this a model with hp part number, or is it another model? Maybe it would make the difference, but it's hard to say it's definitely the problem