It has been a while since anyone has replied. Simply ask a new question if you would like to start the discussion again.
djeplett
Level 2
10 9 0 5
Message 1 of 11
478
Flag Post

Upgraded to the latest BIOS but only AHCI available. Even though it recognizes my (2) 1Tb hard drives that are plugged into the (2) SATA ports.

Is this feature disabled? Then why do they have an Intel RAID driver available and the Intel Rapid Storage technology available for download under the support for this board?

So I tried to contact technical support today to ask the question and they were offline. Nice.

I then talked to a sales rep, hoping they could find something somewhere that would indicate whether this board supports RAID or not. She sent me a guide of how to enable RAID support on business desktops that was written when Windows 8 was being used. Big help.

So I ended up giving up trying to find out if the board supports it and simply used Windows 10's built in disk pooling and set up the (2) 1Tb drives as a 2 way mirror.

I'm very disappointed with HP's lack of documentation. If you're going to shut off a feature of a chipset you're using that should be conveyed to the customers somehow, Don't just cripple the BIOS and let you customers figure out what you did after they purchase it. Shame on you, HP.

If that's your product:

It's fitted with H370 chipset and should support RAID:

H370 makes a host of changes, apart from the big one in all of these new chipsets: no CPU overclocking. It drops the ability to split CPU-based PCI lanes across multiple devices; it reduces the number of USB 3.1/3.0 ports to four and eight; it reduces the maximum number of chipset PCIe lanes to 20; it limits Intel RST to two NVMe drives; and it removes the ability to use RST with CPU-based NVMe drives.

So it's the chipset restriction so not a HP fault exactly I'm afraid.

I understand that it can't do RAID with the PCIe drive as it has only one connector so only one drive...

The only option listed when you select it is AHCI. RAID is never an option. So the feature is crippled by HP in their proprietary BIOS and their coders simply did not update the help text.

In the article you linked, the table lists that H370 supports RAID... Intel built it in. HP took it out & told nobody.

Something tells me it's not the first time you bought something and discovered not all is so rosy afterwards...

Caveat emptor - or: Do your own research.

When I got my own Omen I spent nearly two days beforehand considering all available options quite carefully (including DYI assembled PC) - and paid specific attention to the chipset (Z170) and number of available SATA ports on the MoBo. And yes, I do use Intel RST even though do not have any RAID-configured devices.

But I can't answer your specific question I'm afraid - perhaps it's me who is mistaken here (and yes, I also spotted this contradiction in the quoted article myself). Are you sure you've gone through all BIOS options carefully?

How can you research something that has inaccurate or incomplete documentation? The HP sales rep I chatted with couldn't even tell me if it had the ability or not.

I tried removing the volume that was on the 1Tb drive that came with the PC thinking maybe the BIOS needs to see bare drives first. No go. RAID option did not appear.

I disconnected the PCIe drive thinking maybe it needs to see just the SATA drives. No difference.

I updated the BIOS to the latest. No difference.

I have poked around and tried different key combos to see if hitting different keys would cause the RAID selection to appear. Nope.

It does recognize both drives and it lists them at exactly the same byte capacity. It just never shows the option for RAID. So therefore the usual Ctrl-I on POST doesn't bring up the RAID configuration menu. It must be turned on in BIOS first and the option never presents itself.

It's been crippled by HP. And that's OK. My gripe is where does it state on an HP document that it was crippled? If they're going to make the decision to do that they should convey that to their customers.

My gripe is where does it state on an HP document that it was crippled?

Well, to paraphrase: where does it state on HP document that it does work that way?

If it did, then you have a case and may return the merchandise claiming 'not as described'.

But it's not the first time it happens here, trust me. Also, a clueless sales reps? Pah!

Irrespective of all that: let me check what I see in my BIOS regarding this setting and I will update you later today.

Again you prove my point also... They not only do not state anywhere that it doesn't support RAID... They don't make any mention of RAID capability or not anywhere. And yet Intel's documentation states the chipset supports it. Shouldn't that indicate this board would?

You never answered my question as to how I was supposed to do research with inaccurate or incomplete documentation, by the way. If you're going to blame me for not doing due diligence then explain how I could have in the first place, please.

Looking in your BIOS won't help me much because you don't have the same model. I appreciate the offer, but I don't see how that can help.

I posted a follow up so hopefully the next person trying to do their due diligence will find this forum post and realize if they want RAID capability they're out of luck with this model. In doing so I've done HP's work for them. You're welcome, HP.

Well, not really trying to twist a knife here nor blame but you just assumed it would work... The fact that chipset does support it somehow (although its PDF is not clear on this point either, I have to say) does not mean that its implementation will do as well.

In short: If it's not mentioned anywhere, most likely it's not there. Consider another (similar) discovery as raised here - I sadly too was the bearer of the bad news:

My BIOS is most likely very similar to (if not the same as) yours - as I do not lurk there very often I simply do not remember where RAID options do live. Worth having a look just in case, methinks.

Your posting here - especially for reasons as you stated - is appreciated, and I'm not HP by the way in case you did not notice...

I knew you were not HP from the get go. My sarcasm at the end of my last post was aimed at any HP reps that may actually read these postings. I hope they do and take them to heart to improve their products.

Attached are screenshots of my BIOS. As you can see, when you pick "SATA Emulation" under the "Configuration" tab, you are only given "AHCI" as a selection. No key combo will bring up "RAID". Even though on the right under "Item Specific Help" you see the blurb about "RAID". If you hit F1 for help, it states you should be able to hit F5 or F6 to select a lower or higher value. Neither function key has any effect since "RAID" is never listed.

It's quite possible your motherboard BIOS will look exactly like this, but I suspect it will behave differently and RAID will be an available option. Still doesn't help as you have a totally different model. But again, I appreciate your efforts.

I don't appreciate you deflecting blame from HP to myself the consumer, however. I feel you are grasping at straws desperately trying to prove your initial statement of "caveat emptor". In this case, there is no way to prove that a person could have found out if the board supported the feature or not due to a lack of good documentation on HP's part. And now you are saying I should have just assumed it couldn't support it since it isn't stated anywhere that it could. So if I buy a new car from GM and it doesn't go into reverse it's my fault I didn't read somewhere that they took reverse gear out of the transmission and I should not have assumed since that same transmission was used in other cars that could go into reverse, well that's no proof the GM car should have so shame on you, consumer? Krzemian, stop.

The ASRock H370M PRO4 board supports RAID by the way... for example. But because HP doesn't state anywhere whether there's does or not I was supposed to assume it didn't. Krzemian, please. 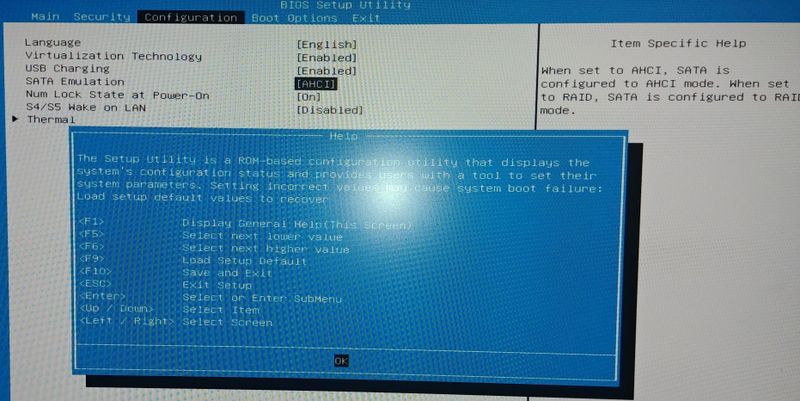