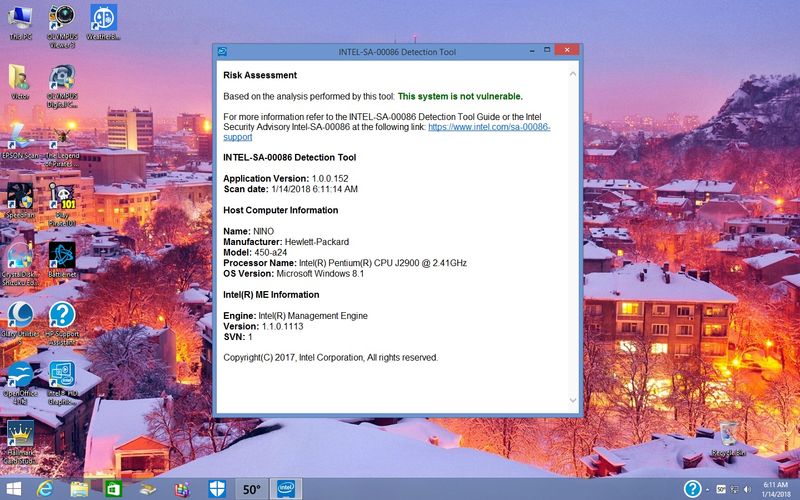 Surprises are at times peculiar. Your desktop is on one end and my is the opposite. I also ran Intel DiscoveryTool.GUI with Virtual Memory enable and disable. It told me that "This System is not vulnerable". I have mix feelings that is going to be unnerving for me. Processor is solder to the board, possible no update for this type of CPU. Only patients, is my only option. I'll keep you post on what Hewlett-Packard issue any updates for this system.

1. I used a fix from HP for the Elitebook, result 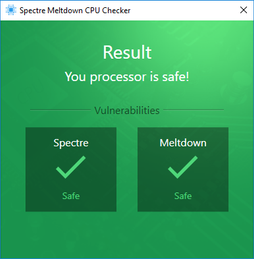 2. I could not find a fix for other machines therefore I use Microsoft updates including KB4056892  and results 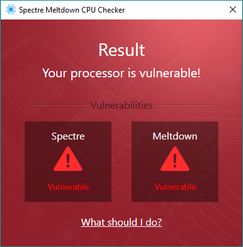 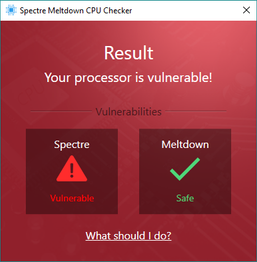 HP Recommended
@redscarlett: the test tool you used has nothing to do with meltdown or spectre. Your system is still vulnerable.
1 Kudo
Highlighted

@treysis -- is there a reason why you just said to @redscarlett that your sytem is still vulnerable?? I would like to see your reason for this to @redscarlett.

Patient is all I got.

@jpmackay1: Well, if @redscarlett only used the Intel-SA-00086 detection tool and didn't install any other updates, then the system is vulnerable. If @redscarlett installed the latest Windows updates, then at least the system SHOULD be patched against Meltdown, that is unless there's a non-compatible anti-virus software. Because Microsoft stated, that some anti-virus software is incompatible with the update, and therefor those systems won't receive the Windows update.

As for Spectre, if @redscarlett didn't install any BIOS update, then Spectre mitigation cannot work.

Since @redscarlett didn't mention any of this, this is why I ultimately assumed his system is still vulnerable! 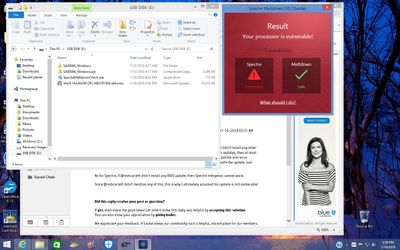 Time to turn on the toaster oven to high. put the PITA in and scorch it. That is a Intel Logo.

Intel has pulled all microcode updates. Will take some time before new BIOS updates will be available.