Touch scrren stopped working. I did all windows updates and HP updates, and it still not working. Then I reset the computer, but no help.

Thank you for reaching out to the HP Support community! 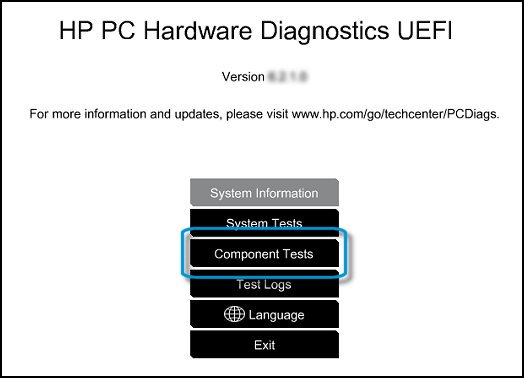 If the issue persists, follow Step 2 and Step 3 from this document.

Let me know what happens.

Click the “Kudos, Thumbs Up" on the bottom right to say “Thanks” for helping.

ATHARVA_GP
I am an HP Employee

Thank you for help. The touch screen has not worked since a few weeks ago. There were maybe updates installed, but I'm not sure which one. After I noted that touch screen did not work, then I tried multiple tests including reset computer to resolve issues, but non of them worked. As of now after reset computer, I did all updates via windows updates and HP service.

See the results by following your testing methods. None of them worked:

Tried, but it did not work.

There were no "touch screen" option under component test.  Also, there was no touch screen device/driver under device manager. It is gone and I don't know how to re-install or add touch screen driver back.

Looks like it is a hardware issue. I would recommend you to try our other support options.

Follow the steps below to reach out to our HP Support team:

1) Click on this link - https://support.hp.com/us-en/contact-hp
2) Select your product type below.
3) Enter the serial of your device.
4) Select the country from the drop-down.
5) Select the appropriate option based on your preference.
6) Fill the web-form and proceed further.

The solution you proposed would require me to seek paid support from HP for what you think is a hardware problem.  I am doubtful about this.  I had an earlier HP all-in-one whose touchscreen failed during the warranty period.  In that case, the fail started gradually at the top of the screen and moved slowly down the screen.  HP was unable to fix the problem and I got my present all-in-one because the previous model was no longer available (even though it was only 6 months old).  Prior to the replacement, I went though an extensive call session with one of your technicians which only proved that I had taken all of the steps and there was no possibility of recovery. If it is indeed a hardware problem, what would be the likelihood of a fix being available at a reasonable cost?  In the case of the original poster and in my case, the touchscreen fail was abrupt and occurred all at once.  I think there is a possibility that it is a bios or software problem and I would prefer to wait to see if other people report the same problem.