I was having issues where my omen obelisk desktop would fail to sleep (after the first time). The monitors would turn off but the case lights and fans would still be on. The issue is stated best in this thread: https://h30434.www3.hp.com/t5/Gaming-Desktops/Omen-Command-Center-Causing-Sleep-Wake-Issues/td-p/760...

The culprit was the XTU service. I decided to disable and uninstall it with revo uninstaller while removing registry keys per the advise here: https://h30434.www3.hp.com/t5/Gaming-Notebooks/Cannot-install-Intel-Extreme-Tuning-Utility-on-Omen-1...

in the hopes that I could reinstall the most current version from intel directly (which got me a signature verification failure from which I uninstalled anyways).

The sleep issues were resolved. But Omen Command Center no longer functions at all. What I get is this: 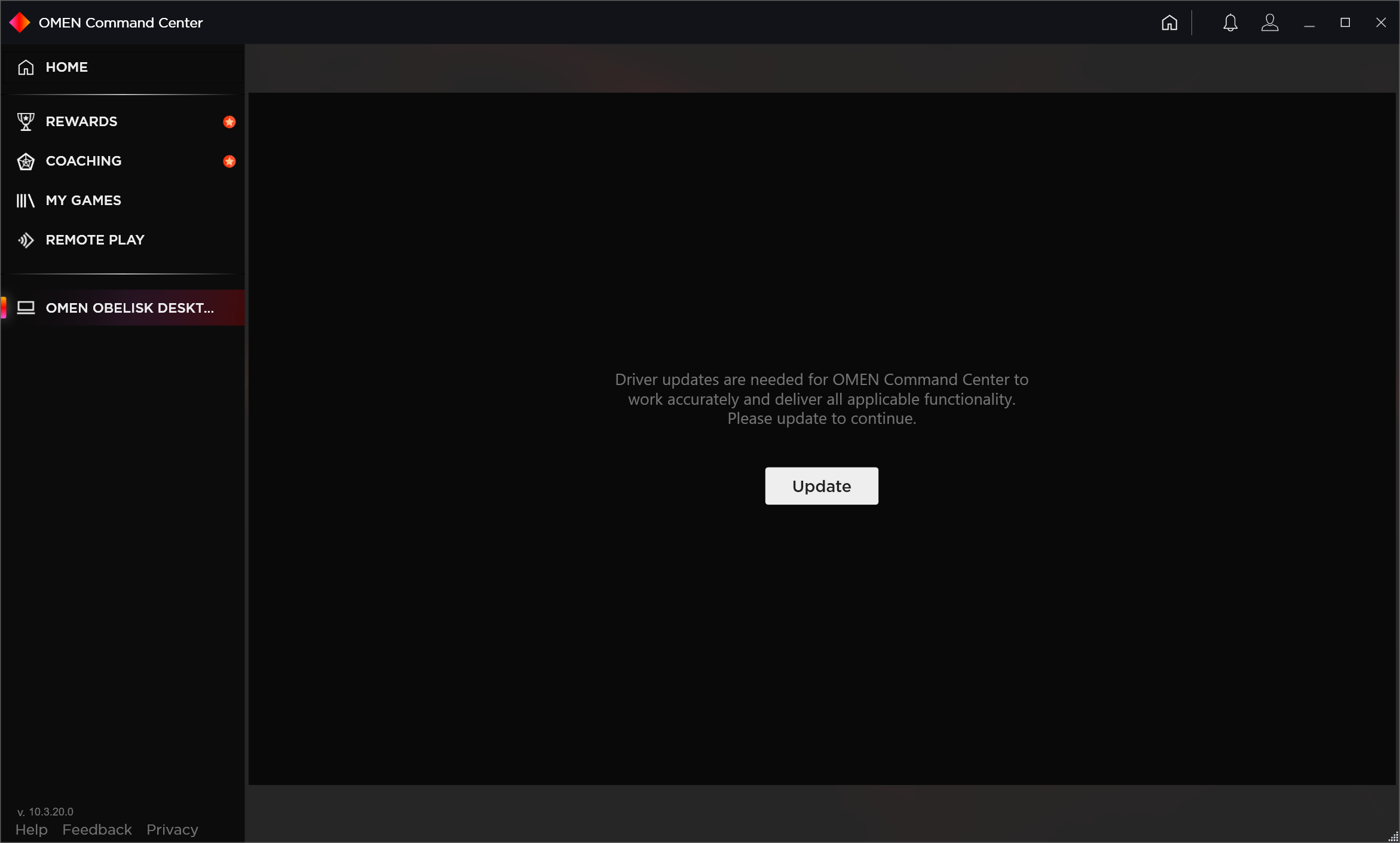 I can no longer control the lights or any other functionality.

I have tried everything. First reinstalling, updating EVERYTHING. Following this thread: https://h30434.www3.hp.com/t5/Gaming-Desktops/Omen-command-center-overclock-will-not-work-with-out-u...

I even tried looking into my c:/swsetup folder for all drivers/software, especially the original omen command center. But whenever I try to reinstall, a command prompt displays the installation progress. Where the installation gets stuck is that it cannot find the XTU service/registry files to proceed with the installation.

I have tried reading the logs in c:/system.sav. Still no help.

When I look in my HP Support Assistant. It shows that I have HP Inc's Intel XTU sdk ver 1.0.17. I believe this is a custom version of xtu that is not available anywhere other than from HP directly.

Does anyone have an idea on how to proceed from here?

This has happened to me in the past, and unfortunately the only way to resolve it is to do a complete re-install/recovery. HP OCC conflicts with the separate Intel XTU installation, although OCC is using XTU and Ryzen Master in its core, it does not like separate installations.