According to documentation, this is one of three status' available, the others being disabled/not activated and enabled/activated. Last night, I drained the battery out down to 7% until Windows Hibernated. Overnight it charged back up. I was hoping one discharge would allow for battery calibration. This morning, went to check that diags, the status remains enabled/not activated and the battery is charged fully up to 100%.

The question is at what point will the system have enough information to become 'enabled/activated?'

1. Is it a matter of hours used which would be 'usage'

2. Is it a matter of cycles (documentation shows no cycles in picture)

I do not have access to the information that is shared by the support team. However, as they do have the option to take remote of your computer they will be able to assist you better in this regard.

I reviewed your post and I understand that you want to activate the battery optimizer.

Determine if protective measures have been activated:

The status shows up as Enabled/Not Activated

It will show Enabled/Activated only when the Adaptive Battery Optimizer detects certain conditions and protective measures are activated to minimize premature battery wear.

NOTE: The battery is working fine on the computer so you are seeing Enabled/Not Activated

I hope that answers your question.

The good news is that HP Support is active and responsive, thank you.

When I saw my battery had charged to full instead of a preset percentage, I contacted HP Support via chat. HP Support 'remoted' into take control of my desktop. I already had, but they reflashed my BIOS, updated drivers, checked the battery status, checked with co-workers, and then told me that this model does not have Adaptive Battery Optimizer.

I showed them these two screens from the HP Windows UEFI DX.

There is seemingly conflicting information and I am unclear as to what the diagnostics are actually indicating. I do know that on other laptops I own, Dell XPS and Microsoft Surface, when the battery optimizer is used it limits charge at a user set or preset level respectively. 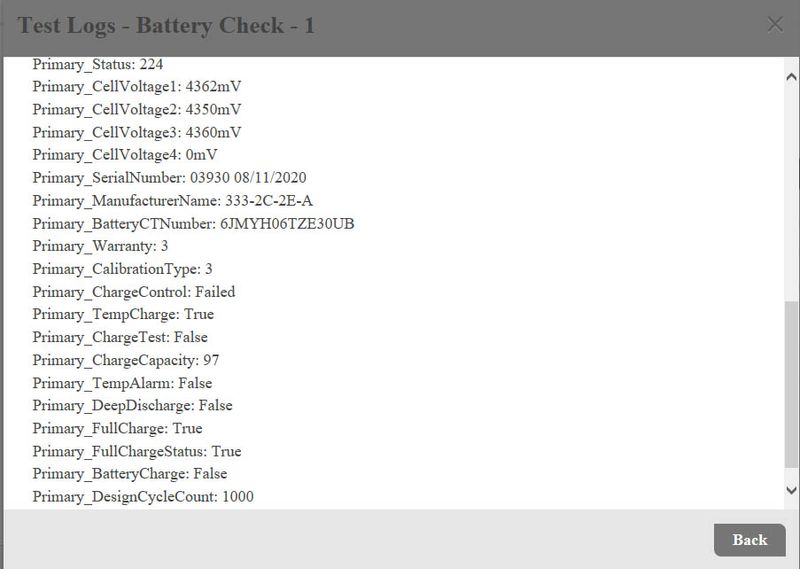 HP Knowledge Base Article states, Product Documentation states 'HP Gaming Laptops - Introducing Adaptive Battery Optimizer, Designed to Prolong Battery Lifespan... Adaptive Battery Optimizer technology is initially enabled on the following HP computers and further implemented on computers having new chassis design starting 2020.' This model has a new chassis design, different keyboard deck and double hinge versus the single from prior year. The User Manual printed online does not have a mention of this technology. It could very well be that marketing plans and the product are different.

HP manufacturers a lot of models in the same series and each model will have different features. However, I recommend you contact support and they will be able to better assist you in this regard.

HP Support is commended for continuing to follow the issue.

Your last post references many models and online support. The model number is explicitly listed in the OP. Further, the reply details HP online support response; for an hour, they remotely took over the machine, updated firmware, updated drivers, and then after some silent time replied that this model does not have the feature. If this information was documented and accessible, there would have been a different response.

I do not have access to the information that is shared by the support team. However, as they do have the option to take remote of your computer they will be able to assist you better in this regard.