I've been reading these posts for weeks hoping to find a solution that works, but finally I found one on my own. I used to get very low frames on Dota2 at max quality and finally the BSOD after 5-10 mins, but yesterday I played 4 games in a row with not even lag at all. What did I do? I followed a solution a user from reddit gave.

STEP 1:
DOWNLOAD the lastest drivers for the INTEL graphic card and the RADEON VEGA card but NOT FROM the HP SITE, but from the intel site. I know HP tells us that we only gotta use the drivers they give us on their site but they are very outdated and don't actually work. So I tried the latest drivers on Intel and they worked.
INTEL GRAPHIC CARD driver: https://downloadcenter.intel.com/download/27894/Intel-Graphics-Driver-for-Windows-10

Open DEVICE MANAGER and uninstall both devices, but first the RADEON RX VEGA M GL Graphics and just then the Intel(R) HD GRAPHICS 630; Intel is going to ask you to reboot for the uninstallation to work, so reboot your laptop and if you check DEVICE MANAGER again you'll see Microsoft have installed a generic driver for the intel graphic card.

Use the drivers you downloaded in STEP 1 in this order. First Install the INTEL GRAPHIC CARD driver and just then install the RADEON VEGA CARD driver. Reboot you laptop and now give it a try. The problem should be fixed now.

UNINSTALL DEVICES and INSTALL THE DRIVERS in that specific ORDER and everything should work just fine!

Disable ULPS should stop the BSOD

Step 1
Go to the registry by typing "regedit" in windows search.

Step 3
In the text box type in "EnableULPS" and then press Find.

Step 4
You should see "EnableULPS". Double click on it.

It did not help me. With a "clean install" of drivers, there was still a blue screen. I contacted the service - they replaced the motherboard, fan, keyboard and touchpad (February, 2019). After that, on the screen after 1.5-2 hours of viewing the video (online FullHD) - white stripes and small squares (artifacts) appear on the screen. In the service (June, 2019) the drivers were changed to factory ones - this did not help, the problem did not disappear. After, on a call to HP support and long negotiations, I was extended a factory warranty for six months. DO NOT BUY THIS LAPTOP !!!

Have had this device for 3 months nothing seems to fix it I have done every possible solution from reinstalling windows and drivers to updates and returning it in hopes of getting it fixed, nothing has worked. HP does not let you get the latest drivers for the Vega M even though they came out in January. Meaning the beta drivers are still the latest drivers available even though they have not updated it for near 180 days aka half a year. For the 1750.00 USD I paid I consider it the worst deal I have ever made. The Vega M crashes whenever in use making this perform on par with a 250$ Chromebook GPU wise. Never getting HP again if they can't keep up to date drivers available. Aside from that the 25$ network card they put into it constantly disconnects  or becomes faulty yet they have stated it can not be fixed so my internet disconnects every 30 minutes for 5 minutes.

HP if you are reading this, update your **bleep** Vega M driver so its out of BETA your half a year behind schedule and next time use a networking card that doesn't disconnect every 30 minutes.  Extremely dissatisfied with this product.

If anyone knows how to allow you to bypass the restrictions for updating GPU updates not yet approved by HP let me know tired of this laptop that doesn't do 3/4 of the features I paid for due to improper Maintenance, Customer Service, and QA.

I got a replacement laptop a year ago when I first experienced these problems and the replacement worked fine. I heard others say it is a motherboard fault that causes the issue, though I can't vouch for that.

You may want to download the Vega M drivers from here, though if your issue is constant and is making the GPU run terribly this likely won't solve it. https://downloadcenter.intel.com/download/28432

On my original Spectre, this problem made the GPU run terribly, games such as GTA V ran poorly when they shouldn't of. After 10-20 mins of gameplay, the laptop would get very hot then receive that error. As of now on my newer device, I've only gotten it twice in a year's worth of use, ironically when I go to turn it off in both cases.

I'd suggest contacting HP and arguing the device you purchased was indeed faulty from the beginning if this truly is a problem that is making the device unusable even after installing the drivers from the Intel site itself, I'm not sure if HP would agree to do anything since the return period is the first month, which I myself was in your shoes and just barely returned mine within the months notice period to do so.

I can 100% say for certain my original device was faulty though, I'm not sure what it was that caused it, nothing fixed it and I got tired of all the pointless procedures I was put through to try to fix it, whether it be by HP's guidance or my own but maybe others are right that it is a motherboard fault or a fault of the Intel/AMD CPU/GPU potentially. 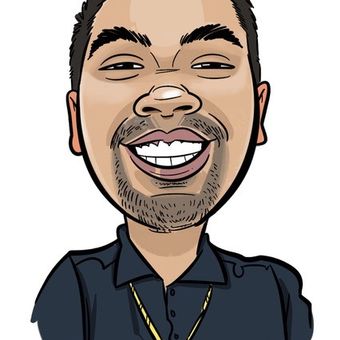