Hello, i recently bought HP omen 15, first time I turned it on, I got notification for Windows update, I clicked restart and update now, I thought it was regular Windows update, but it started upgrading my HP bios, is that normal thing to happen? After that and restart, my laptop started auto installing Microsoft vision cc+ Hybrid on his own, now what is hybrid? Is hybrid officially from Microsoft too? Why not regual cc+? I got total 12 of them, 8 of them are by eng publisher and 4 are from Russian.. I am concerned about that, why it started downloading cc+ hybird on his own and why is on Russian? Mixed eng /russ? Is that all legit thing to happen or i should be worried and start doing something? Thank you all.

Safe to assume this was you asking this on the MS forum today also?

If so, I am not aware of any third party wrapper that is conglomerating all of the Visual C++ updates all in one download. But its certainly possible this is what HP is doing now in regards to the command center.

I will ask the folks at HP and see what they say. I cannot guarantee I will get a response or when I will be answered. Its the weekend now and I will have to wait till next week to see.

If I do get answered, I will post back my findings.

Would you by chance know anything about HP pushing a hybrid install of MS Visual C++ updates?

Yes it was me, i am desparate..

I rlly wonder what could triggered that unofficial hybrid thing to autoinstall on my laptop, I didnt get to do anything with my laptop and that thing happened, like i said on other post I just installed HP System Event Utility from official Microsoft Store because my Omen command centre keep sending me that I need that in order to function properly. I can't believe that official HP app might pushed unofficial hybrid c++ installion? 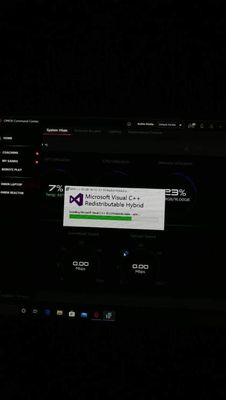 None that I am aware of.

I just checked my PC's update history and found nothing like that.

I wouldn't think those updates are malicious as the user on the MS Forum is thinking, especially since its a brand new setup.

They are used to keep compatibility for various games as do the .NET installs.

But its up to you.  If you suspect malicious activity, the best thing to do is wipe the drive and reinstall Windows completely.

Then If you get this update again from installing the OCC and HP System Event Utility, I would say HP is now including a "new" all in one update to add the mentioned feature and I would not be concerned at that point.

If I can get more clarity from HP this next week about any new updates like this, I will let you know.

Yes i dont think too they are malicious, because its brand new and I didn't use it like 2h total since I got it...I just wonder where did that installation come from and why I didn't have choice to accept or decline that installation, because its just popped out upon laptop restarted, like on screnshot i sent.

I did a bit of searching online for hybrid c++ and looks like people are actually installing that..i will provide few links of hybrid, please check them out when u have time, and tell me if u find something suspicious about that... So if u think I should do something with it after checking those links maybe I can try first deinstalling those visuals c++, then download new from Microsoft site,before redoing system..

Scroll down and check installation steps, it says u can find Microsoft vision hybrid at Windows Store, so i think and hope its legit.

Also i found 2 video on youtube, although i couldn't understand anything cuz it's on Russian, those guys installed hybrid, and they got mixed publishers too, 4 russians.. Same like me... So I am guessing why would someone record and post on youtube unlegit and malicious program on his laptop..

I am so sorry for this enormous message, but i am desparate to find answers. Thank you very much for ur patience with my problem. And I hope next week HP will give us some answers too. Thanks again! 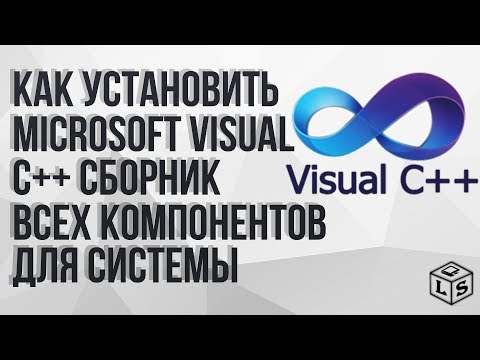 As I said before, I don't think there is anything malicious to worry about. I would leave them installed. If you want to uninstall them and reinstall the individual parts yourself, that's up to you. But I think you're reading into this too much.

Microsoft will send updates to various manufacturers builds automatically now days that belong to those MFG's.

In other words, Microsoft will include HP updates that you used to have to grab manually from HP's website.

NO there is no way to choose what gets installed now.

This is NOT HP's idea. This is per the terms of Microsoft now. Microsoft is in control of most of everything on your PC now days. Most of us do NOT like this idea, but we have no choice.

Its very possible the guy on the MS forum is not in the know of the new installs for the redistributables. Most of those guys are just volunteers like we are here.

The links you provided look like the same thing you got on your system already. TechPowerup grabbed the files and wrapped them up for an all in one. So in essence, you are merely installing from a 3rd party website, rather than what downloaded from MS to begin with.

Again, IF you wish to clean the system up and start over, then reinstall Windows and then let it go through the motion of downloading updates. You would do best to use the HP Cloud recovery so you would get the HP drivers and software that came with your system already without extra work. Its up to you.

Thats all Im going to say on the matter, until I get an answer from HP. Thanks.