What is the TDP of the rtx 2060 in the omen 15 2020? I heard it's 100W. Are there any plans to update the bios so that it consumes 115W? at least for the amd model cause there is more power available for the GPU. Also I can't under volt the GPU for some reason. Is it locked?

In the EN000_ (AMD variant) the rtx 2060 seems to be limited to 100w total GPU board power according to my tests, this is with performance mode selected in the omen command center.

I'm also wondering the same thing, the device id suggests it is the 115w refresh but HP seems to have limited it to 100w for whatever reason and so it is slower than say, the legion 5 which runs at 115w.

Specifically I got the en0036nr. 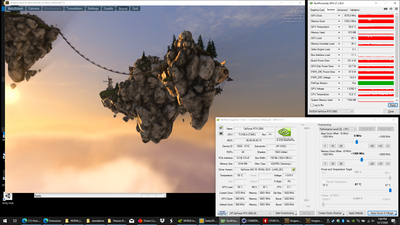 This is on the "balanced" windows performance profile while still on performance in the omen command center and fans on max.  It was set to prefer maximum performance in nvidia control panel. Though these settings didn't really affect max possible performance. I did apply a memory overclock of +1300 effective mhz but that hardly seemed to increase the board power at least when measured (it's said that the switch to low power memory was to allow the core to go higher in power usage)

I seemed to have discovered a way to force the RTX 2060 to use more power, up to ~110w by messing with the gpu core clock while running furmark.  The voltage frequency curve seems to go haywire the closer to 0mhz  base clocks as reported by nvidia inspector. Using an offset of -960 mhz or more negative will cause core voltage to hit almost 1.05v while running near 600mhz. The temperatures do differ by 4 degrees celsius so it is indeed using more power.

Clearly there is enough thermal headroom to run the rtx 2060 at 115 board power. I just don't know why HP didn't configure the vbios to do so. 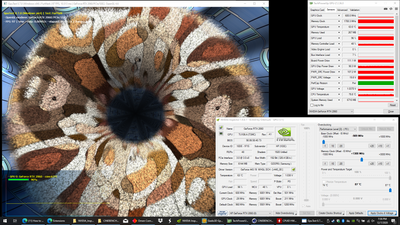 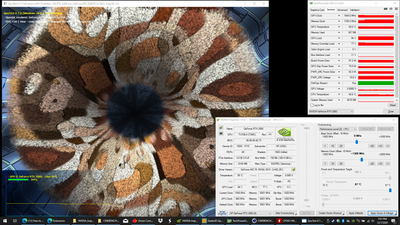 The omen discord server found a 115W vbios which when flashed makes the gpu consume 115W of power.

however the power adapter gets too hot as it is unable to supply the extra 15W of power.

We can try to buy a higher watt power adapter to fix this issue.