but there is a problem while gaming.

Whenever try to play a normal game ( low end game like - NFS PAyback, GTA IV)  even at a low graphics settings , I face a lot lagging because of low fps(7-10) . when I launch the game then it goes well for 30 seconds but after that it get the condition which I've stated earlier. so for that, I've monitored the usage , temp , clock speed etc, for both of cpu and gpu. 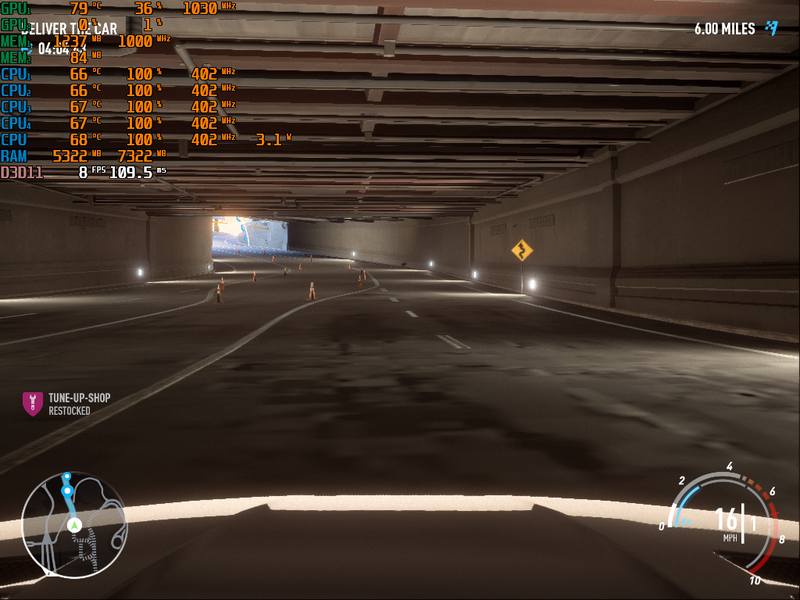 above I've attached a screenshot of those usage in the game, NFS payback. this screenshot was taken only after 10 to 20 sec

I've also noticed that when CPU usage crossed above 85% , right then cpu clock speed decreased at the rate , 402 MHz.. and as an impact , gpu usage went down below 50%. So here is the thing which I'm so worried about .

And also I'd like to state you that I've updated all the drivers ,

So, please help me out as soon as possible.

it's a humble request.

@SumaN_07 Here's a video on how to disable the "turbo mode" that causes this issue: Click here

(The above link is 3rd party and is not owned by HP, I've posted this only so that I may help you resolve this issue by going beyond my support boundaries, please ignore the ads and take only the free suggestions)

You may have to restart the PC for the changes to take effect, then try disabling overdrive, restart the game to see if it fixes it.

Although, I must let you know that the device is not designed for gaming, that said, here's a few other things you can try to play the game on low resolutions/graphics:

Just in case you don't get back to us,

have a good day, ahead.

Thank you for your valuable information and time. but thing is that my cpu manufacturer is INTEL which I already mentioned. My gpu manufacturer is AMD . So, you said to navigate some system files , those folder and files aren't available for me. And also I'm running Windows 10 pro not Windows 8.

The video link that you pinned,  I've already used those settings before I post this To the community page. And sadly It didn't work for me.

And you said "the device is not designed for gaming", but I searched on youtube for my devices gaming performance. there a lot of videos show that they were playing high games like GTA V on this laptop with a good fps about 45-50 fps. I know this is not a gaming laptop but some games i can play easily on this , i think that , you know.

there's some settings that  i've used and it worked and as a result I play games with moderate fps around 20-25 , but  this settings don't give the maximum power to the gpu.

I want to show you the settings that i applied.

after that to the AMD graphics power settings. 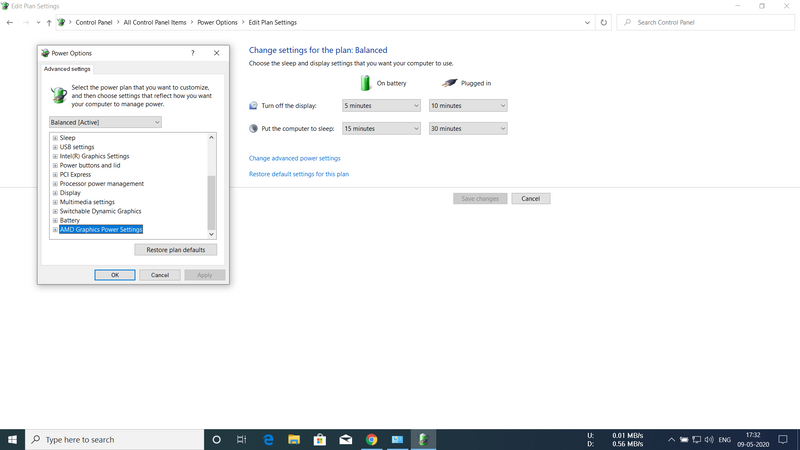 In the Power settings I changed MAXIMIZE PERFORMANCE  to   MAXIMIZE BATTERY LIFE  for both plugged in and on Battery.( Normally I play games in Plugged in mode). 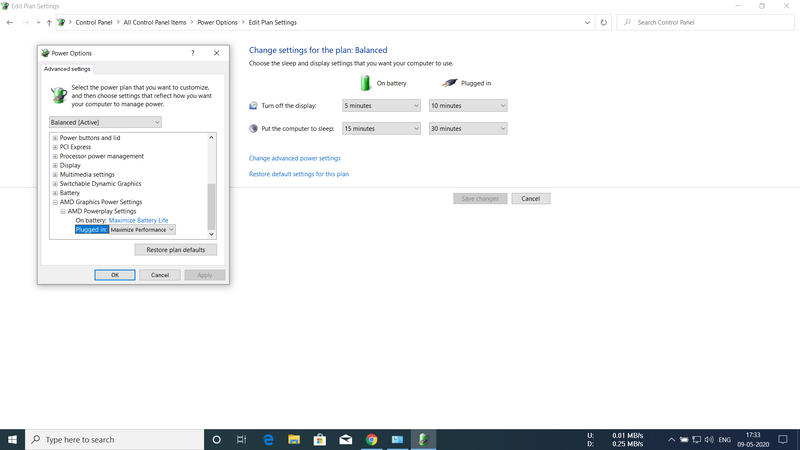 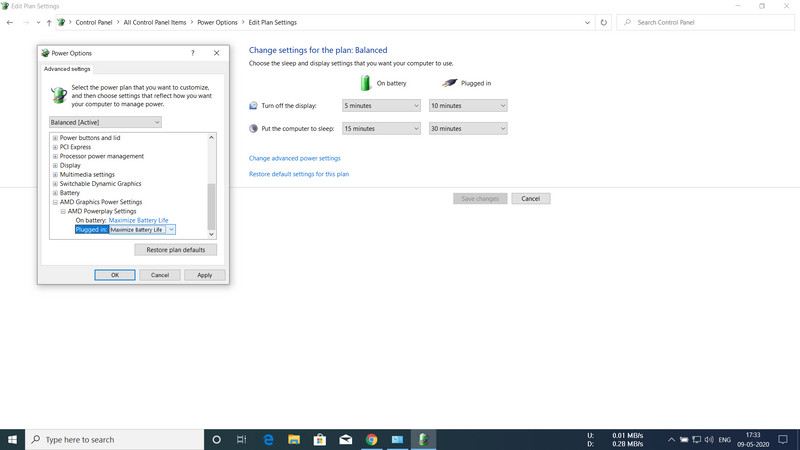 after changing this setting to that manner , I can play games without much fps drop and screen freezing. and also cpu doesn't hit the 100% usage.And I also didn't get maximum gpu clock ( 1030MHz) , I got only about 762 MHz something.I don't remember the exact number.

i'm going to lose hope if I'll ever play games at this laptop or not.

Please help me if anyone can .

@SumaN_07 The steps I provided are for an AMD GPU, also, the video works for both windows 8 and 10, that said, if that didn't work for you, and if you feel there's a hardware malfunction causing this issue, I suggest you perform an extensive hardware test to be on a safer side:

Install the latest version of the HP Hardware diagnostics (UEFI) on your device using this link: Click here for details

If a component fails a test, write down the failure ID (24-digit code) for when you respond back to us.