Function of modifer key with windows drag and drop on remote

When using windows drag and drop, on remote, "modifier key" (Shift / Alt) does not work?

Taking a closer look, I can see that when releasing the modifier, it flashes the help balloon text briefly.

Is it a setting I am missing? 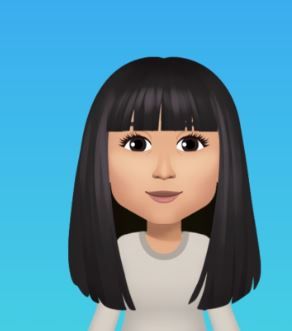 Under the pinned RGS 7.6.0 release post, you mention that uninstalling and reinstalling RGS 7.6 resolved issue.  Are you referring to your issue that you posted on the forum for the modifier key?

This issue persist, and have been there all the time that I have used RGS (since mid October 2018)

I worked on replicating the issue with the Shift/Alt.  I was able to do a shift + drag a file and move it to either another folder or desktop.  With the Alt key, I was able to drag and create a shortcut to either a folder or desktop.  We do have a fix for the Alt/Gr key which will be put into the next patch release but if that is required, I can send you the file.  Please let me know if you there is something else that I should be testing.  I used RGS 7.6.0 on both my sender and receiver.  I had the OS installed in English and installed the Danish language pack.

The issue is when drag/drop a file from a open explore window (on a network drive) to the desktop. As standard it will make a copy, but when holding a "modifier key" eg. shift down, it should change to "move" (Alt gives "make a shortcut")

This function is not working in RGS.

We are currently two guinea pigs running with RGS in the office, and my co-worker also have this issue.

Is this issue covered by the fix you describe?

I would like to recieve the fix, to see if that solves the issue.

Thanks for the additional info.  When I used the Shift down key which during an RGS connection, I could move, not copy a file.  However, my testing was done from one file explorer window to another both on the sender.  I will try testing from a network drive and see what results I get.

The file that we can provide you with for the AltGr key fix was to fix an issue with the ~ and ` key on the Mac Receiver only.

When working in folders on the same drive, as standard it has the move function. The modifier keys will then gives "Ctrl = copy" and "Alt = Make a shortcut"

Works perfect on reciever, and it also worked without issues on sender when it was placed as local workstation.

Even works perfect when connecting from reciever to sender through RDP, so it is clearly a RGS issue.

On the RGS receiver, go to settings, and under Hotkeys, check "Send First Key".  Let me know if that solves your issue.