I have a situation where we connect to the sender and the Wacom is not correctly mapped on the sender machine.

The resolutions are identical and we are mapping 1:1 at fullscreen. The wacom seems to be off by a few pixels.

I also noticed that the pressure on linux does not work.

Please let me know how i can fix this.

I also came across this issue today..

I am looking at either:

Downgrading to the previous ZCentral version, if I can find where to get the download from.

I think I have done this before and it worked, but it was last year.

Editing the Wacom mapping settings in the Windows receiver, to reduce the margins - which then gets the swipe working in Flame.

The strange thing is that when I restart the X server with init 3 and init 5 it will come back and work until the user disconnects again. After that it's back to it old habits. I m still struggling to find the cause.
I also have this running on another Flame with no issues.

The only difference is that its OS 7.4.

Hopefully someone at HP can assist.

All my machines are currently in production.

Is this the issue you are having?

I m just not sure why its working on the other 7.4 CentOS Flame.

I am going to reach out in private message for some more details.  Have you tried our current release 20.2 to see if the issue is resolved or persists?  When you connect to your sender, are you have the sender match the resolution and layout of the receiver displays? "Set sender display(s) to match receiver display(s)".

I will chat to you in the pm. We should then post the solution here.

Can you confirm if the issue you are having is the cursor offset?  I don't collect logs on the forum, too much info.  We can post solution here.  For pen pressure, make sure you have Windows Ink enabled.  Definitely want the solution posted here once we get to root cause of your issue.

There is a fix in Remote Boost for the offset cursor.  However, I am finding out that it is actually a margins issue that people are needing fixed.  We don't respect the tablet margins.   It would be great to know if that is also your issue.

Here is no margins, pen at shown position moves cursor goes to upper left of screen 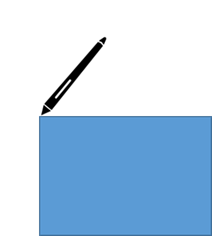 This is a 10% margin, pen at shown position moves cursor to upper left of screen 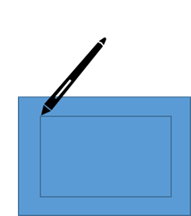 When using Wacom over Remote Boost, the pen moves the cursor to a position on the receiver screen.

the cursor on the sender to a position that lines up with the receiver cursor. If there are margins setup

on the sender side, the change will perform a transformation to effectively remove the margins so that

the cursor will be aligned with the pen.   Are you expecting the first scenario when you are using margins?