Getting this error with the fresh installation of RGS Receiver on my machine. In event viewer I see that the installation is succssfull. I have restarted my machine several times as well. Checked if any log files are being created in Windows\temp or %temp% but could not find anything. Checked for any stray binaries in registry as well but was not able to find anything there either.

This is a known issue if you had a previous version of RGS installed and tried to do an update or new install.  See link below for solution.

The rgsCleanInstallFiles.bat is included in the downloaded package of RGS 7.4.0 as well.  Let me know if this fixes your problem or not.

Getting the attached error while running the bat file. It is unable to find any reciever.msi. Still cannot install RGS 7.4 version.

Are you trying to install RGS 7.4.0 x64 bit version?  We are getting ready to release a customer advisory about RGS is failig to unregister the 32 bit COM server upon uninstall or updating to 64 bit RGS (7.4.0).  It is found on all versions of Windows.

If the registry shows both win32 and win64 entries as captured in the image below, the following steps should be performed to resolve the issue:

If Receiver was already installed, do the following:

Change directory to the install location of the RGS Receiver. 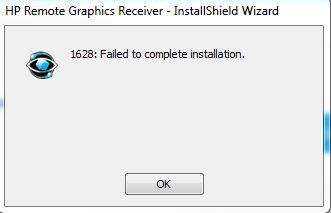 Thanks for the response!!

Getting the above mentioned error when trying to install RGS receiver. Also I found that there is an issue with the compatibility of Nvdia 362 version graphic driver.

Also I checked and no registries were found for RGS Receiver. Further when RGS 7.0.1 is installed and then I run rgsCleanInstallFiles.bat it does not work either.

Is there an Enterprise support available for HP RGS Receiver?

You mention that you had RGS 7.0.1 installed.  Have you just gone into the control panel and then uninstalled RGS 7.0.1?  If you are prompted to reboot after uninstalling, please do so.  Then try installing RGS 7.4.0 which is the latest version.  Were you trying to perform an upgrade from 7.0.1 to 7.4.0?  Just trying to get a clear understanding of the sequence you are going through.  RGS 7.4.0 was packaged in both 32 bit and 64 bit (new) for Windows.  As of this year, when the next release happens, 32 bit for Windows will not be offered.  Let me know.

Further I have found another issue with Vmouse setup when trying the work on the sender node. 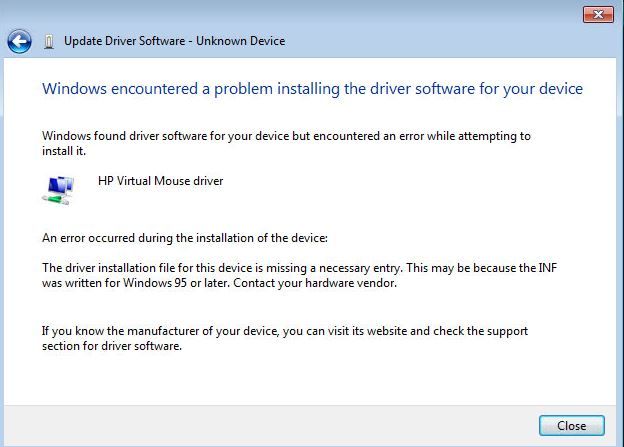 I need to see if I can recreate this.  Can you provide me with your OS, if Windows 10 what build and version, what is the hardware that RGS is not installing on properly (Dell, HP, etc./laptop, desktop, etc.) What problem are you having with the VMouse?  I only see a icon but no error message.  It may not be working correctly because RGS is not working properly with the installation issues you are having.  Are you installing RGS sender with Administrative privileges?  Check your privileges with Windows 10.  We found that when we thought a user had full admin rights, the user actually did not.

As soon as I receive your setup info, I will see if I can recreate.  Are you only having this installation issue with the sender, receiver, or both?

The client machine on which the Sender is installed is on VMware with Windows 7 Enterprise SP 1. 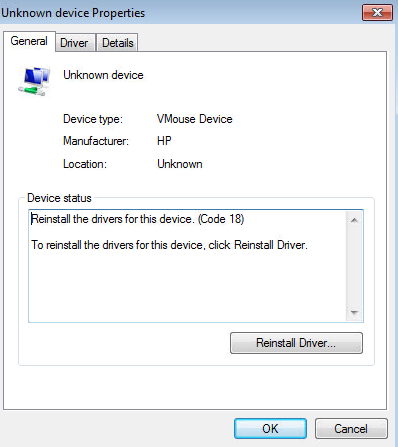 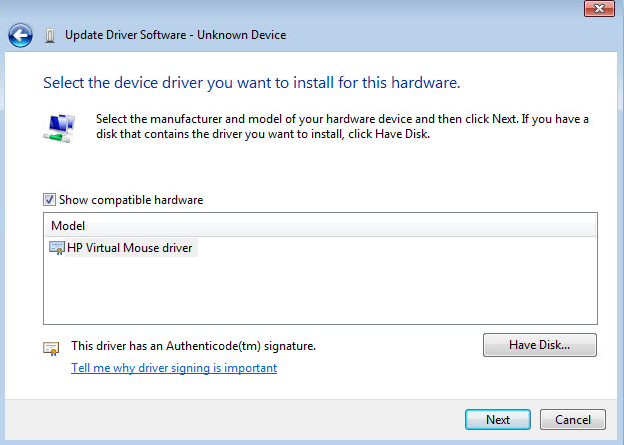 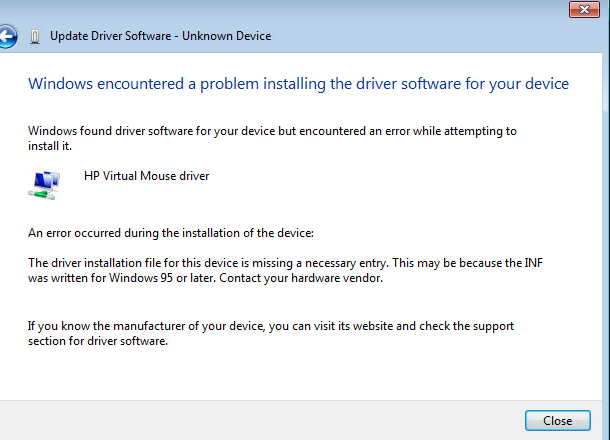 Thanks for the info.  What ESXi version are you using with VMWare?  You should not need the VMouse with Win 7.  Are you having trouble with the mouse, or is this a headless system with nothing attached to it such as a server?  I am going to reach out to you in a private email shortly.