Boot with back light only to restart and repeat (No logo)

Issue: Turns on with back light and a few seconds later turns of with out ever getting to the HP logo.  It then proceeds to restart on its own only to repeat what it had just done.

At first i thought it was just a boot loop and tried the following:

- Hard reset on the power (removing battery, AC power, all attached devices and holding the power button for 30 secs)

After the above did nothing I used the System Extensive testing program to check hardware, everything passes (battery said "ok (1)"

I noticed that the BIOS was out dated so I downloaded the latest BIOS for my motherboard (from HP) and successfully updated it. (Still no change).

Decided I'd just do a clean install of windows to remove what ever was causing the issue.

- Changed boot in BIOS to USB

Ends up doing the exact same thing.  Completely unable to use recovery tools to do anything.  I can only access the BIOS and get no where else.

I've looked around and don't see any damage, there where no spills, never dropped.  System testing says hardware is good so it must be something software unless there is something in the hardware that the test does not check and is causing the problem.

I've never had to post to get an answer but here I am just to fix my father's computer.  Thanks in advance for anyone that can help! 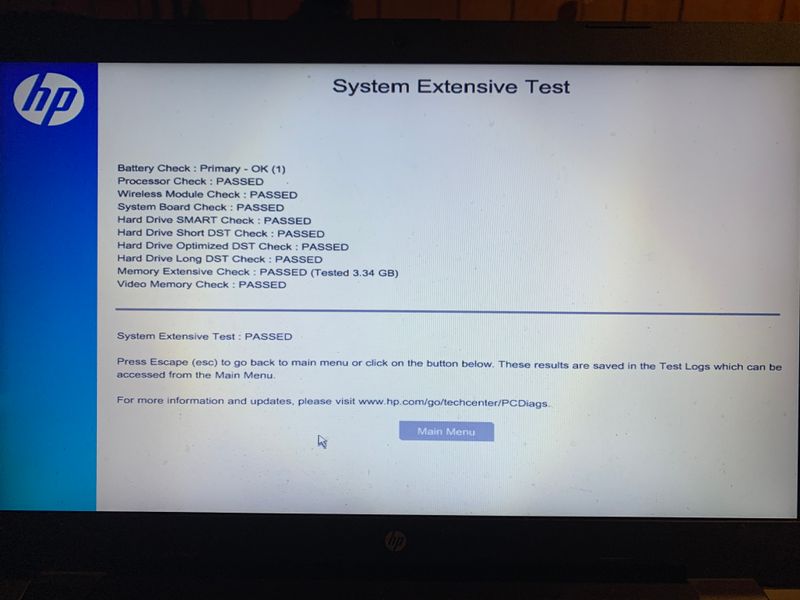 Since all the Test passed, this is likely to be an issues with the Windows OS

Did you create the USB Recovery Kit through Windows 10? If you did and the issue persists, I suggest you try a System Recovery using the Recovery Media from HP

You can contact HP Support for the Recovery Media

Thank you and have a great weekend

I did create a USB Recovery Kit through Windows 10 but it did the same exact thing.  Attempted to use the System Recovery using the Recovery Media from HP but ends up doing the same thing.

Took it to a local computer shop and they had an idea what it could be.  Turns out in the BIOS settings UEFI boot got changed to legacy boot for the type of reading of HDD, SSD and USB.  A simple change of the setting squared everything away.

I'm glad you got this issue sorted out