It has been a while since anyone has replied. Simply ask a new question if you would like to start the discussion again.
MrsSloPok
New member
4 3 0 0
Message 1 of 8
236
Flag Post

Saturday I went to get on to my daughter’s laptop like I have many times before and this time it didn’t want to load. It would come up to the HP screen and the white dots would spin in a circle, trying to load but never would load. After so many hard resets, it finally shows “Preparing Automatic Repair”, again the white dots are spinning in a circle and then went to a blank screen and never would go from there.

System Board ID 226A

-F1 but nothing, other than system information.

1.Clicked on system tests>extensive test>run once>not even 20 seconds later I get a “system extensive test FAILED” I continued to try all the options on the UEFI screen with no luck.

1.Boot Manager: It took me back to the HP screen with the white dots spinning but only going to a black screen.

2.Boot File from EFI file: It didn't respond to anything I did.

-F10 I played with a few settings but again, nothing happened.

Now that I’ve updated you on everything, can anyone give me some more tips or steps to try in hopes of fixing it? I don’t want to have to pay loads of money on a repair shop. 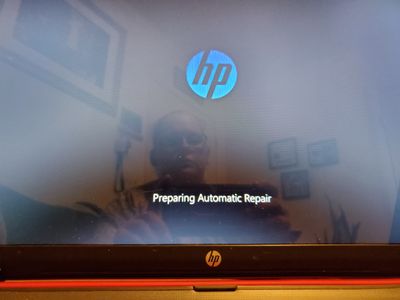 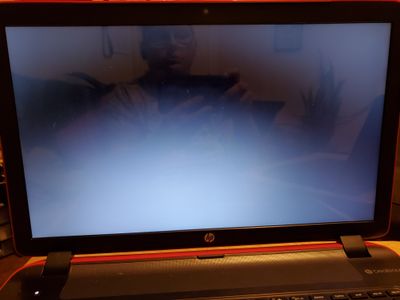 Thank you for posting, if the system extensive test failed was the failure for?

Other that that you can try re-installing the OS

@Spirit92 How do I try re-installing the OS when it won't load beyond the HP screen? Also, I'm not sure what the failure was for, I'll have to run it again and see what I can find out. Thank you for responding so quickly.

@Spirit92 I did try the System Recovery but it wouldn't let me do it. When I'd hit ENTER once that is highlighted, nothing happened. I will try installing an OS by downloading it onto a USB stick from my other daughters laptop. Thank you for all your help!

You can get the Windows media creation tool from the link  below:

Please follow the instruction in the document below to perform the system reset:

If the issue is resolved please accept the solution.