Led is on, but Notebook doesn't power up

The laptop worked until last night, but this morning it does not turn on even though the power supply led is on.
I have tried all the solutions proposed on the site, but to no avail.
I think I need to send it to HP to check it out.
I look forward and thank you

I have asked for an HP Moderator to give you some assistance.

I am not an HP Employee. I volunteer my time and offer my knowledge to support fellow users. The only reason I am here is to assist others to try to resolve their products issues.

Sometimes a Windows 10 notebook won't turn on because Windows did not shut down cleanly.

I have experienced that occasionally with my Spectre x360-13t-ap0690nd notebook.

Take a close look at the screen when you turn it on and listen closely.

Is the screen very dimly, but uselessly, lit? Do you hear the sound of a fan, even if only for a brief moment?

When it won't start up, press and hold the power button until it shuts down. This may take fifteen to twenty seconds.

Once it shuts down, press the power button to turn it on again and pay close attention to the display.

You may see a message in seriously tiny font that says Windows did not shut down cleanly. If you are seeing the message, Windows 10 is likely to reconstruct its Metadata cache and start up, if you force a shutdown as I have described. 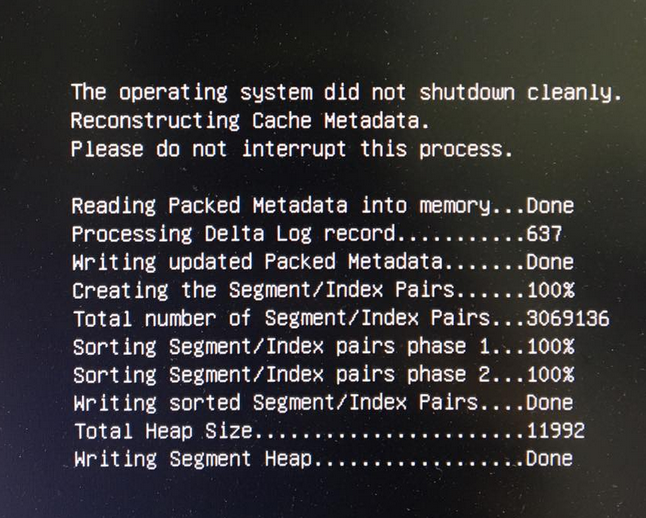 I tried many things to attempt a solution of this issue, short of performing a recovery.

I did create an HP Cloud recovery 32 GB USB 3.1 flash drive in case I get too frustrated about this.

I have tried methods you may have never heard of.

I used the DISM tool recovery methods and the SFC (system file checker) tool. Both are part of Windows, but few people know that they exist.

I ran all of the HP PC Hardware Diagnostics UEFI utility.

None of the diagnostics showed there were issues present, but the issue is still present.

The issue I have is clearly a but in one of the Windows 10 updates.

The only way I know that will definitely solve this is if I perform a clean install of Windows 10.

You stated that you have tried all of the solutions. Have you?  What exactly have you tried?

I am not an HP Employee. I volunteer my time and offer my knowledge to support fellow users. The only reason I am here is to assist others to try to resolve their products issues.
Was this reply helpful? Yes No

The Notebook doesn't want to power up.

No noises, no lights, nothing at all.

Tested with another power adapter, but the only light that is on is the led placed closed to the power cord.

I think can be the battery or the motherboard.

Waiting for a reply, best regards.

A hard shutdown as I described should shut even that LED off.

If you are not willing to try any troubleshooting, then the forum certainly can't do much for you.

Is the notebook still in warranty?

If it is, contact HP Italy directly to arrange for a warranty repair.

I am not an HP Employee. I volunteer my time and offer my knowledge to support fellow users. The only reason I am here is to assist others to try to resolve their products issues.
Was this reply helpful? Yes No

Thank You for Your help.

Where can I found the phone number for Italian support?

2 days ago, mine crashed too, and is exhibiting the same behavior. Light blinks at me, but PC won't even try.

I have asked for an HP Moderator to give you some assistance.

I am not an HP Employee. I volunteer my time and offer my knowledge to support fellow users. The only reason I am here is to assist others to try to resolve their products issues.

Thank You very much for the support