Laptop worked great for the first 6 months. Suddenly one day, it took a very long time to boot. Once booted, programs would take a very long time to load. Clicking on anything would cause the computer to freeze up. Simply clicking start would take a good three minutes for the start menu to pop up. I thought maybe I had a virus or some malware, so I wiped the hard drive and started over from recovery. with a fresh recovery, everything seemed to work as normal again... for about three or four boots. Then right back the same old locking up slowed down behavior.

I have done the recovery five or six times now, and every time that works for a few boots, but then goes right back the same behavior.

As of right now, there is nothing on the laptop; it is a fresh install. Still, I get the same behavior. I have checked task manager and there're very few applications running when this happens. The CPU and memory usage are always very low, with the CPU usage usually being below 10% and the memory usage usually less than one third of total.

I thought maybe the hard drive was corrupted so I tried replacing it. However I cannot seem to get the recovery disk to reinstall Windows 7 on the new hard drive. I'm not so sure that there is anything wrong with the old hard drive. I have run check disk and defragment several times with no issues.

I just tried to use a laptop to do some homework and it was freezing up again so I tried to shut it down. I left it sit for three hours on the logging off screen and it still did not shut down.

I'm lost. I can't seem to find anything on Google about this kind of issue. Any ideas?
Thanks in advance!

I have the same question
10 REPLIES 10
Highlighted 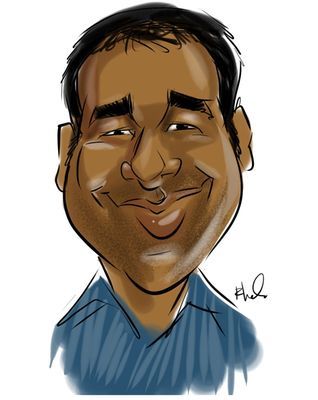 Please find the links given below might help you.

How to do a clean startup

If possible, turn on power, press F10 to enter BIOS mode, and run Memory Test and Hard Drive Test if any test fails you need to replace the part.

HP Recommended
Thanks for the reply. I have run the memory and hard disk check in bios several times with no issues found.
I will try the clean start up that you linked. The weird thing is that it will do this sometimes, and work just fine others.
0 Kudos
Highlighted

Once you turn on the unit keep tapping F8 key and select the option safe mode with networking check if the unit works fine in this mode. Check if the unit is Over heating. Please Visit HP Website update the Bios, Graphic & Chipset driver and have it checked.

HP Recommended
Just today had the same issue described in the following blogs however wanted to provide my experience and solution.

I've tested the HDD and memory, ran dskchk and scannow which all came back fine. On a whim I checked the bios and decided to update it because it was on version out of date. V1.6 verse V1.8. The description of the new bios update did not mention anything about fixing or improving the slowness and lack of processing speed and or sluggishness however I've installed it anyway. In the past no bios update had ever helped with a particular issue but to my amazement updating the bios in my case fixed the issue. After the of rebooted the machine ran completely normally. It was likely the bios had some hidden fix bundled with it or the previous bios was corrupted and or needed to be fresher besides it is software and it could develop problems.
0 Kudos
Highlighted

There is no message that appears.  My presario cq56 will boot as normal, but is so super slow to respond. When I reloaded operating system I accidently chose 32bit, the computer seemed to run normal, I realized what I had done and reloaded 64bit and now runs painfully slow.

I'm wondering if the CPU no longer does its job? Can a CPU lose it's ability to run at 64bit? Or, what other factors am I to look into?

I also have a dog slow CQ56 DX115, ran the memory test and HDD test to no avail. What I have done just to get some use out of this dog was to uas a USB drive and use it as a readyboot. It works well but still does not fix what I believe is inherient to this computer, just a work around.Have seen the post to update the BIOS , may try that but don't understand why it suddenly runs slow. Come on Compaq techs address this issue with real answers not just run of the mill check HDD and mammory.Many others have the same issue so it's not a new thing to you.Help people out and support your product if you want to keep selling your product to the public.

Also my computer is already updated to Ver F1.8 so I don't believe that has anything to do with speed issue, and to address another comment that the CPU may not be working well with 64 bit does sound a bit rediculouse

Also something else worth noting. Copmuter speed when on the web is normal but desktop is extreamly slow.

I guess I never updated this...

All of my issues were solved with a new hard drive. About a month after my last post, the original HDD failed completely. The replacement has been running strong for 4 years and my laptop is nice and speedy to this day.

One hiccup was upgrading to Windows 10. What a mistke that was! After a few weeks of dealing with the painfully slow operation caused by Windows 10 and its pagefile usage bogging down the HDD, I downgraded back to Windows 7 and its been great since.